Chinese police are looking for a suspect in a mass shooting that took place Tuesday afternoon.

The suspect, Li Qiang, allegedly killed three people and injured two in a violent rampage on Tuesday, according to the South China Morning Post.

The shooting took place in the Sichuan province. Police are offering a bounty close to $15,000 for information leading to Qiang’s arrest. 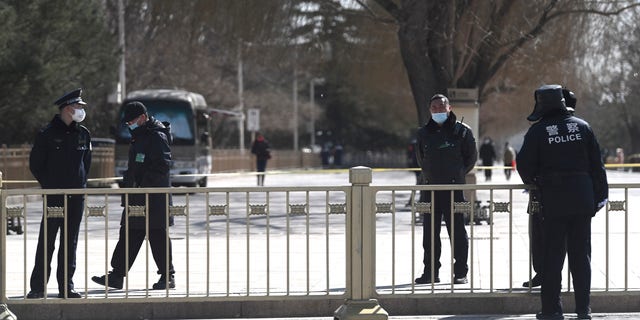 Police stand guard in the Tiananmen area near the Great Hall of the People in Beijing on March 4, 2022. (Noel Celis/AFP via Getty Images)

Qiang served as a decorated police officer, but it is not clear if he is still part of the department. He was awarded last year for bravery after saving the lives of two drowning elderly people in two separate instances.

His occupation as a police officer is the apparent explanation for his possession of a firearm – China has some of the strictest gun regulations in the world.

Much like other economic powers around the world, China is facing financial problems internally as the global market downturn hits its real estate. 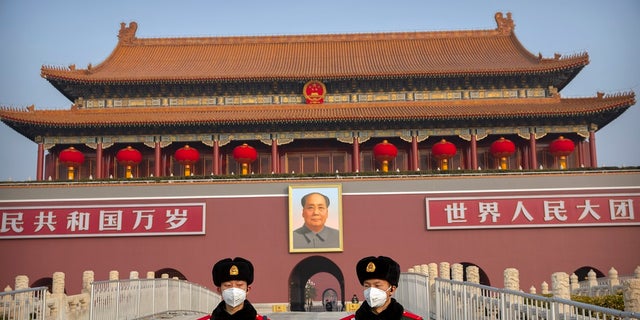 China’s economic rebound may face a greater uphill battle than Beijing would otherwise like the world to believe thanks to pressure within the real estate sector and “frustrations” in the banking industry.

“China’s economy has been slowing for quite some time,” Craig Singleton, a fellow at the nonpartisan Foundation for Defense of Democracies, told Fox News Digital. “What we’re witnessing now is a rapid economic slowdown.”

Economists can’t seem to make heads or tails of China’s current economic situation: GDP data indicated a sharp slowdown in Q2, but just weeks ago the Hang Seng hit a three-month high in what some analysts hailed as signs of recovery.