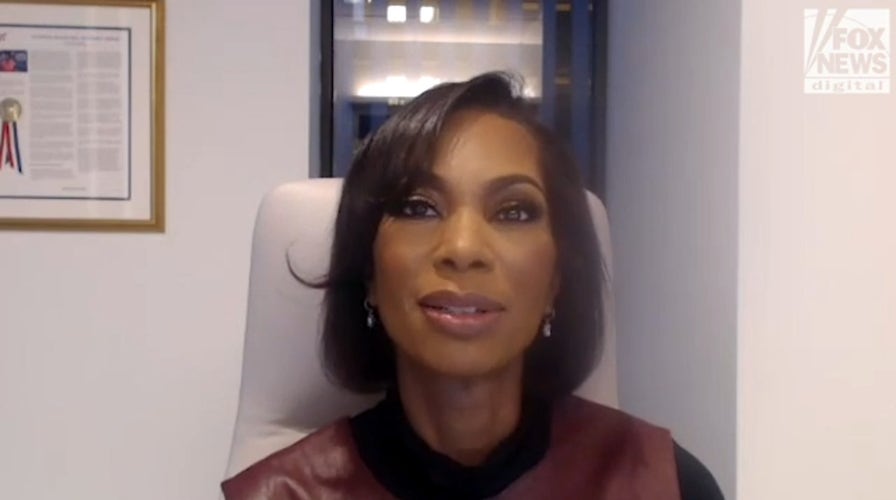 Harris Faulkner speaks on backbone of faith, and the power of prayer in new book

At a time when individual perspectives and social justice are emphasized in society, one faith leader is stressing the importance not of each person’s own truth — but of the truth.

Jeff Myers, PhD, of Manitou Springs, Colorado, is president of Summit Ministries, which offers resources to “see generations of Christians mobilized to transform a broken world,” its website states.

Myers is also the author of the new book, “Truth Changes Everything,” in which he takes on this issue.

BIBLE VERSE OF THE DAY: KEY QUESTION IS, DO WE TRUST IN OURSELVES, OR TRUST IN GOD?

At the time he received the contract for his book, he also received a diagnosis of cancer, he told Fox News Digital by phone.

“With aggressive treatment, doctors thought we could beat it,” he said. “But it also occurred to me that this [could be] the last book I might ever write.” 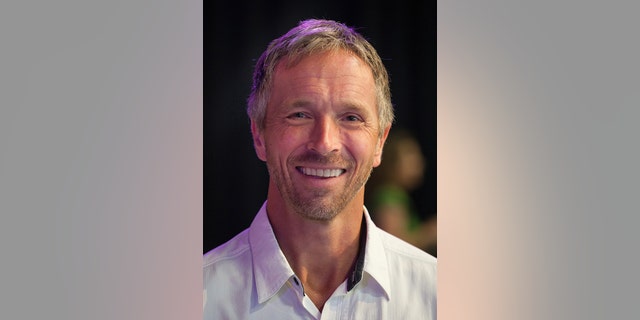 Dr. Jeff Myers is president of Summit Ministries in Manitou Springs, Colorado, and the author of the new book, "Truth Changes Everything," which addresses objective truth. Myers told Fox News Digital in an interview, "In every area of life, pursuing reality, even when it’s hard, is a better course."
(Dr. Jeff Myers)

He focused on truth in his book — biblical truths, that is, that have built democracies and sustained believers throughout the centuries and continue to withstand the test of time, he said.

“A mentor I had said, ‘Always stand for truth. It is the most important thing to stand for,'” said Myers.

“In every area of life, pursuing reality, even when it’s hard, is a better course.”

“In order to secure the blessings of liberty, the government doesn’t give us our rights; they are given by God.”

People are “ultimately happier” if they can “grapple with reality,” Myers said. He said the tendency today to seek and speak “my truth” is a “symptom of the times in which we live.”

He continued, “Our own sense of personal independence, which is important, has now turned against us and made us very sad and unhealthy.” 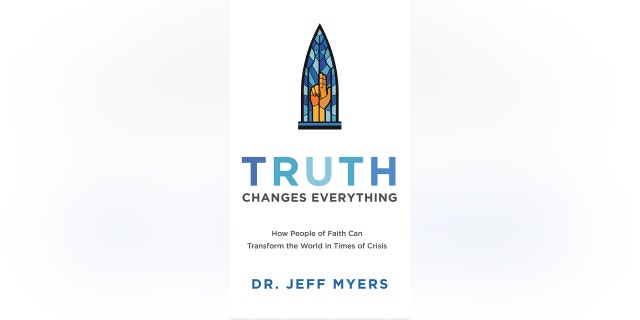 Biblical truths have built democracies, sustained believers throughout the centuries and continue to withstand the test of time, Dr. Jeff Myers said. These issues are covered in his new book, "Truth Changes Everything."
(2022 Summit Ministries, Katie Potter)

“In the worst of times, during the bubonic plague in the Middle Ages known as The Black Death, one-third to one-half of the people died in European cities,” Myers said.

“What happened after that? Those who survived didn’t abandon God. They drew closer to him and became more religiously observant, focusing more on the sick and needy,” he continued.

From biblical truths, “modern science and art developed, justice developed, the Renaissance and the Reformation occurred — you can trace all of this back to people who believe that Jesus is the truth,” he said.

The Founding Fathers of this country incorporated biblical truths into the Declaration of Independence and the Constitution, said Myers.

“In order to secure the blessings of liberty, the government doesn’t give us our rights,” he said. “They are given by God.”

“Fifty-one and possibly up to 53 of the signers of the Declaration of Independence were known to be believing Christians.”

“At best, the government can secure those rights,” he said. “That’s a mindset that has led to freedom all over the world and is essentially an innovation put together by very brave Christians who risked persecution to do it.” 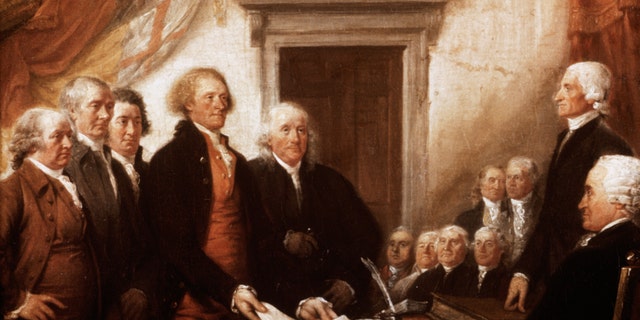 “Fifty-one and possibly up to 53 of the signers of the Declaration of Independence were known to be believing Christians,” said Myers.

(There were 56 signers of the Declaration of Independence.)

“It wasn’t just taking little Bible verses here and there to justify a course of action — they [the Founders] were literally looking back to the law of Moses, which was so tremendously advanced over what other civilizations had, and asking, ‘Is that a good model for a republic?’”

“For many, social justice is just their signifier that they want to be the sort of people who care about others.”

Myers continued, “And they decided, ‘yes.’ The Hebrews actually had a republic — the idea of the separation of powers came from them.”

Myers said that when people want to share the truth of the Bible with others, they should “ask, don’t tell.” 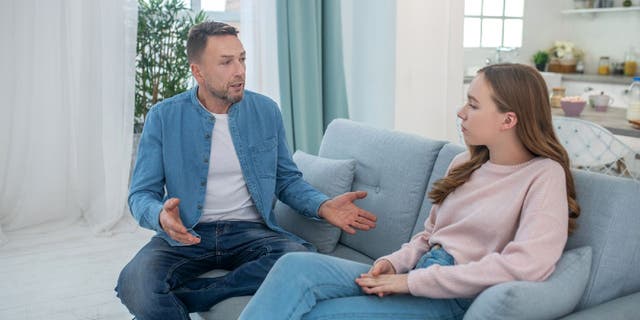 Instead of preaching at people, Dr. Jeff Myers encouraged believers to ask thoughtful questions of others. "Ask, don’t tell," he said.
(iStock)

He said, “Use opportunities to ask questions. Say, ‘Tell me more about that. Expand on that. How do you know that is true? How did you arrive at that conclusion?’”

When you ask questions, said Myers, “people see you as someone worth talking to.”

He called this a “winning strategy” for sharing the Bible’s truth.

The question of why Jesus came to Earth doesn’t end with “to feel sorry for me,” said Myers.

“When you ask questions, people feel a sense that they also ought to listen to what you say.”

Myers said that for many, “social justice is just their signifier that they want to be the sort of people who care about others.”

Social justice “plays into a political agenda” that essentially says problems are solved by “redistributing wealth and all other resources of value,” noted Myers, “so that everyone has an equal outcome.”

He said pointedly, “That is not biblical.” 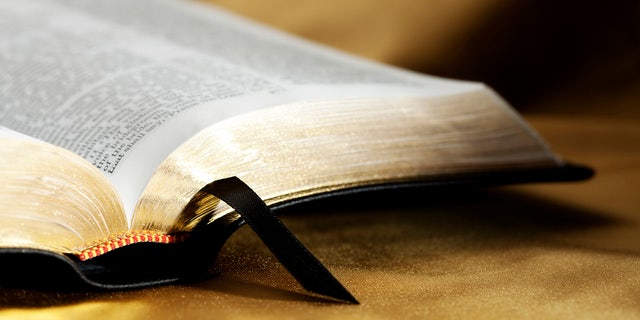 "Re-read the gospels. It doesn’t take that long," said Dr. Jeff Myers. "Allow yourself the permission to take off that social justice filter and look at what Jesus actually said and did."
(iStock)

“God’s perspective on justice throughout scripture is that you don’t give any preference to the rich or the poor — that you protect private property and you protect the vulnerable, especially women and children.”

He added, “Social justice doesn’t cover any of this.”

Jesus is the truth

“Re-read the gospels. It doesn’t take that long,” Myers said.

“Allow yourself the permission to take off that social justice filter and look at what Jesus actually said and did.”

Myers said that the question of why Jesus came to Earth doesn’t end with “to feel sorry for me.”

The end is “to bring salvation,” he said.

Myers said that his own mission is to work with the next generation so that young people “embrace the truth and champion a biblical worldview.” 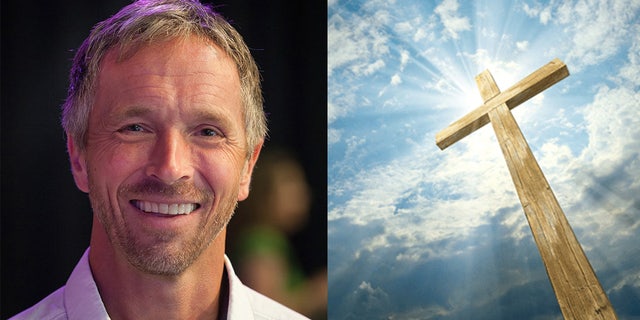 Jeff Myers is pictured, along with a cross, the prominent symbol of the Christian faith. Myers said Jesus came to Earth to "bring salvation."
(Dr. Jeff Myers/iStock)

“What we have uncovered in our research is that about 19% of people who claim to be Christians and regularly go to church have a biblical worldview — that is one out of five at best,” he added.

“Two out of 10 people at church are there to ask, ‘What does God say and what should I do in response?’ But the other eight are there to say, ‘What do I want to do, and how does the pastor’s story affirm my truth?’”

The faithful should ask “what God’s perspective is.”

Myers said he believes that “the heart of prayer” is “not just us making our requests known to God.”

Rather, it’s about “asking him to show us what he sees and help us to hear what he hears, and help us do with our hands what he wants done.”

A lot of the time, he said, prayer is “pouring out our hearts” — yet the faithful should also ask “what God’s perspective is.”

“The deepest, most heartfelt prayers in scripture are of that nature,” he said.