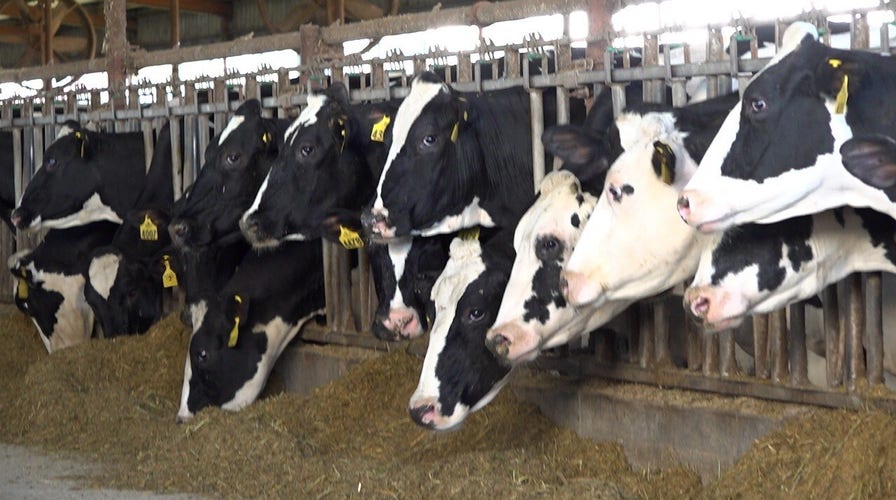 A fourth-generation dairy farmer fears that possible climate initiatives could threaten independent farmers and their ability to provide for the U.S. food supply.

Several nations have imposed regulations on the agriculture industry, such as limits on nitrogen emissions, which have sparked backlash from farmers in those countries. The Biden administration, too, has indicated that it aims to push changes on the industry to tackle climate change.

“Americans are feeding into this lie that climate change is because of agriculture and climate change is not going to get better until farmers and ranchers do better,” Stephanie Nash, a fourth-generation dairy farmer, told Fox News.

In 2020 the EPA estimated that at 11% of the U.S.’s total greenhouse gas emissions came from the agriculture sector, compared to 27% from transportation, 25% from energy, and 24% from industry.

CLIMATE CHANGE IS HERE AND CONGRESS MUST ACT NOW TO CREATE A CLEANER, HEALTHIER WORLD

President Biden, in his first congressional address, floated paying farmers to grow cover crops, which are planted to cover the soil rather than for harvesting, to reduce carbon dioxide and improve soil health. It also encouraged the Department of Agriculture to use farm aid funding to incentivize carbon emission reduction on farms.

Most recently, the Securities and Exchange Commission (SEC) released a new ESG proposal in March which would require companies to report the environmental impact of its practices. If enacted, American farmers and ranchers would be left vulnerable as major food-production corporations could look toward buying small farms or importing animal products to preserve their ESG rating.

Nash fears the effort to implement green policies across the globe will continue to kill off an already struggling farming industry that’s faced with skyrocketing costs for labor, fuel, seed and fertilizer. She said institutions like the World Economic Forum are “scaring us” with its prediction that by 2050 the global population will demand 70% more food than is consumed today and advocates for an overhaul of food production to meet that supply. 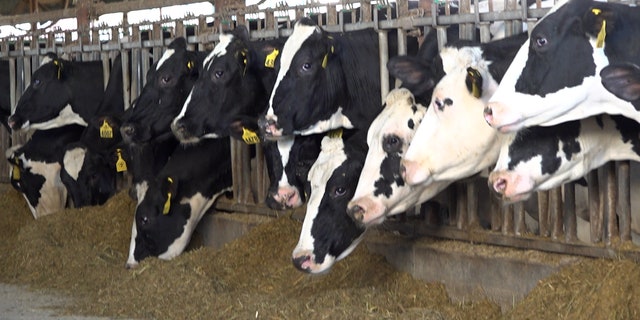 “Well, if you continue to kill off our food supply and our American farmers, yeah, we’re not going to have enough food,” she said.

The Inflation Reduction Act introduced last week would spend $369 billion on various climate change initiatives. The bill claims it would reduce carbon emissions by roughly 40% by 2030 (CAN YOU LINK TO THE BILL?) , primarily through investing in renewable energy production and practices.

FOOD BANKS IN AMERICA EXPERIENCE SURGING DEMAND: ‘NO SIGN OF IT SLOWING DOWN ANY TIME SOON’

The Dutch government announced its plan to reduce nitrogen emissions by 50% in June, causing a major backlash among the nation’s farmers. To meet its goal, the plan requires a 30% reduction in the number of Dutch livestock, whose manure produces nitrogen oxide, forcing many farms out of business. 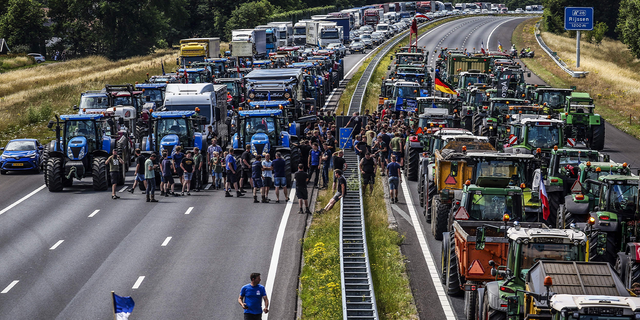 Similarly, the Canadian government proposed a 30% cut to nitrogen emissions from fertilizer by 2030 as part of a plan to get to net zero in the next three decades, sparking backlash from farmers. And New Zealand proposed a plan to tax farmers for the emissions from their livestock’s farts and burps.

Nash, who said her family moved their century-old dairy farm from California to Tennessee in 2015 due to the Golden State’s restrictive agriculture policies limiting water usage, fears the U.S. will follow suit in implementing restrictive policies on livestock farmers already struggling to stay afloat amid increasing production costs and existing regulatory restrictions.

She said the push by corporations and wealthy individuals like Bill Gates to shift away from animal products toward plant-based food is rooted in misinformation and ulterior motives. 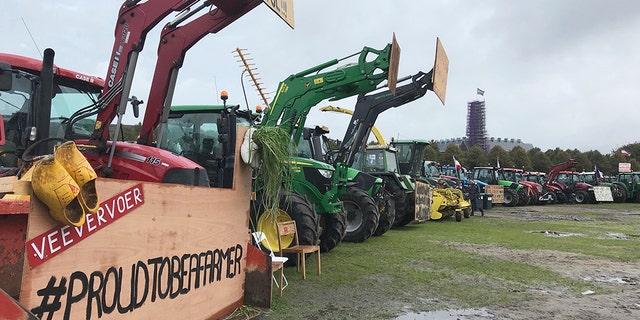 Dutch farmers line up tractors for a national day of protest to demand more respect for their profession. (AP Photo/Mike Corder)

“They can say it’s for the future, and they want to feed Americans, but honestly, they’re putting chemically grown food into our bodies,” she said. Imitation meats like Beyond Meat contain synthetic preservatives and Red #3 food dye which was banned by the FDA for use in cosmetics in 1990, according to the Center for Consumer Freedom.

Looking ahead, Nash said to look out for the 2025 Farm Bill, legislation passed roughly once every five years, which she fears will be used to give the EPA more access to and control over independent farmers.

“There’s not a backbone in Washington, D.C. and there’s not enough family farmers and ranchers in office to protect us around the United States,” she said.