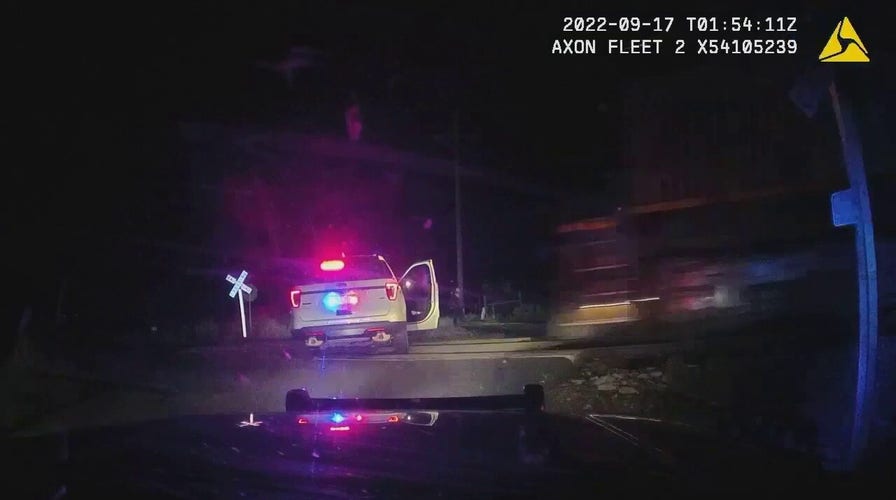 Police in Colorado released a video showing a train collide with a police patrol vehicle with a suspect inside while parked on railroad tracks.

A lawyer for a Colorado woman seriously injured when she was detained in a parked patrol car that was struck by a freight train says prosecutors plan to charge her in an alleged road rage incident, according to a report.

Yareni Rios-Gonzalez, 20, sustained nine broken ribs, a broken arm, a fractured sternum and numerous other injuries in the horrific collision Sept. 16, which was captured on video by police body cameras.

Attorney Paul Wilkinson told @9NEWS Denver that the Weld County District Attorney plans to charge Rios-Gonzalez with one count of felony menacing over the incident that led to her detention.

Several law enforcement agencies responded to reports of a road rage incident involving a firearm in Fort Lupton, and Rios-Gonzalez was pulled over, handcuffed and placed in a patrol car parked on railroad tracks. 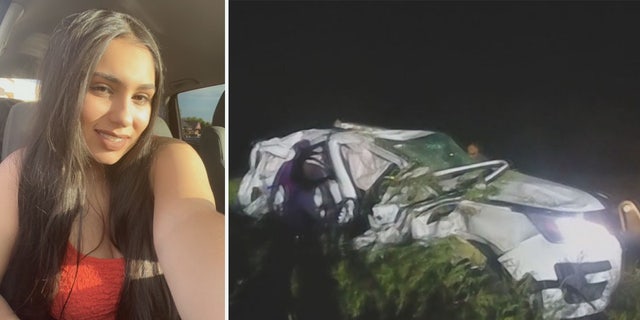 Yareni Rios-Gonzalez, 20, was seriously injured after she was detained in the back of a police cruiser struck by a train in Greeley, Colo., on Sept. 16, 2022.
(Facebook)

“That is not something I can confirm or deny. This case is still under review,” Krista Henry, a spokeswoman for the district attorney, toldFox News Digital.

Rios-Gonzalez, who is married and has a 2-year-old daughter, was released from the hospital last month.

“She is bedridden. She can move around a little bit. She also has a fractured leg that she wasn’t initially aware of,” Wilkinson told the local TV station. “She’s still really, really hurt.” 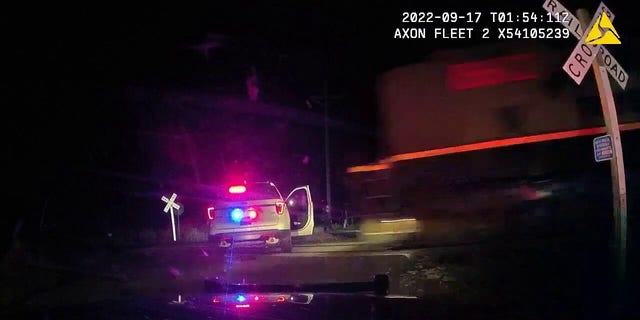 A screenshot from police body camera footage shows the moment before a freight train collided with a police car parked on the tracks with Yareni Rios-Gonzalez detained in the backseat.
(Platteville Police Department)

He said his client plans to file a lawsuit against the police department.

Previously released footage from Platteville Sgt. Pablo Vazquez’s body camera shows him and another officer search Rios-Gonzalez’s truck as the train, with its horns blaring, rapidly approaches and smashes into the cruiser.

After the impact, Vazquez asks the other officer if Rios-Gonzalez was in the patrol car.She responds, one hand to her face, “Oh, my God, yes, she was!” 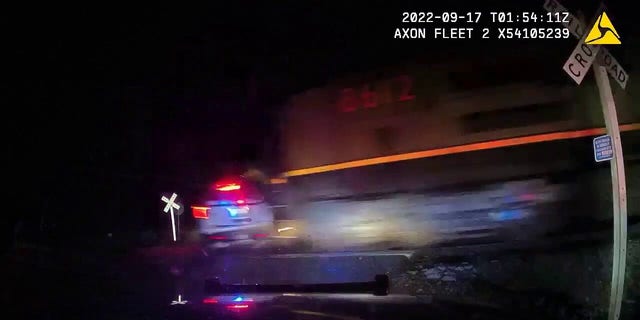 A screenshot of police body camera footage shows the moment a train hits a police car parked on the tracks with Yareni Rios-Gonzalez detained in the backseat.
(Platteville Police Department)

Additional footage shows officers rushing toward the mangled car after the collision and calling for an ambulance.

Vasquez tells the other officer that he thought he had cleared the tracks when he pulled up behind her truck. He had actually parked squarely in the path of the train, according to the footage.

No one has been charged for the incident, but an officer was placed on administrative leave. 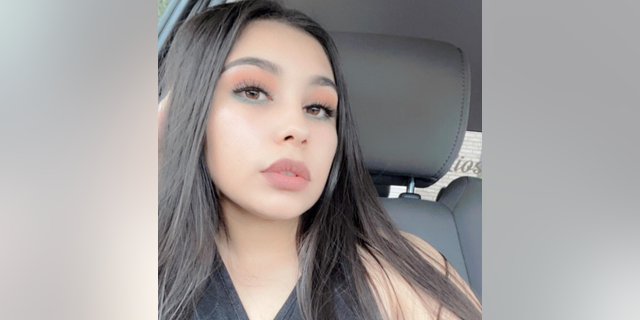 Yareni Rios-Gonzalez was seriously injured when she was detained in a police cruiser in Colorado that was parked on railroad tracks and struck by a train.
(Facebook)

Rios-Gonzalez’s mother launched a GoFundMe page and said her daughter would never be the same after the accident.

“We are highly blessed and Thankful to our lord that she survived, although this will forever impact Yareni’s life,” she wrote. “We need your help to continue Yareni’s medical treatments and help with expenses.”

The post says that Rios-Gonzalez cannot eat, get dressed or shower on her own.