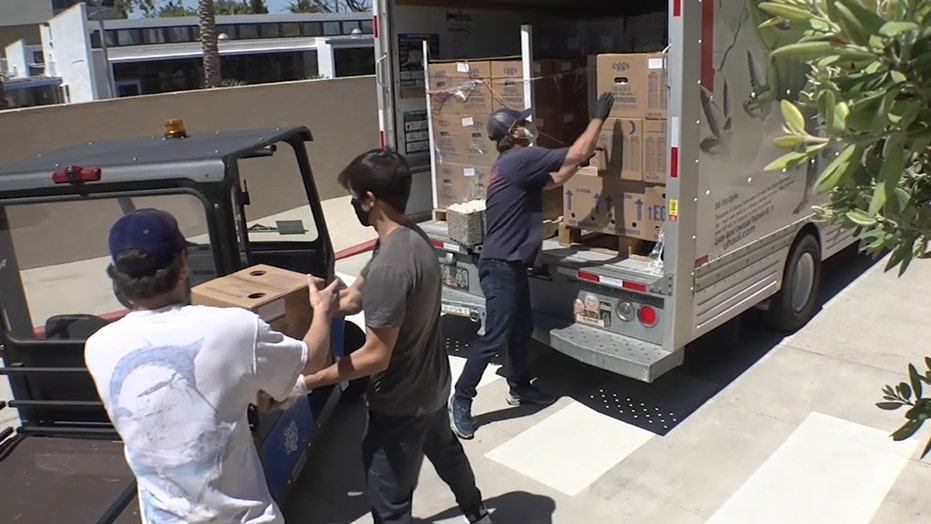 New non-profit FarmLink Project bridging the gap between farms with surplus foods and places in need.

Get all the latest news on coronavirus and more delivered daily to your inbox.  Sign up here.

The demand for food assistance has surged since the onset of the coronavirus pandemic. America’s food banks have reported a 50-percent increase in the number of people they have served compared with the same time last year, according to Feeding America, the nation’s largest hunger-relief organization.

Since early March, the Greater Cleveland Food Bank, a partner of Feeding America, has had 15,500 new families register for their services.

“In my 20 years of service, I have never seen anything like this, in terms of the sudden and incredible increase in demand, coupled with all of the challenges of trying to serve during a pandemic,” Greater Cleveland Food Bank President and CEO Kristin Warzocha told Fox News. “And we're trying to respond with one hand tied behind our backs.” 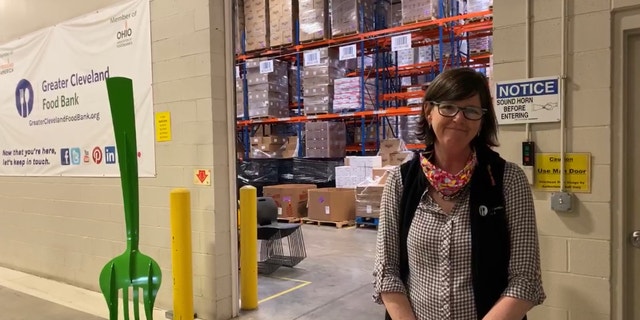 Kristin Warzocha, President and CEO of Greater Cleveland Food Bank, says they are serving more people than during the recession. "That happened a little more gradually. This was like hitting a brick wall." (GCFB)

The Greater Cleveland Food Bank [GCFB] has been the largest hunger-relief organization in Northeast Ohio. It serves more than 350,000 people in six counties through more than 1,000 partner agencies such as food pantries, soup kitchens, after school programs, senior programs and rehabilitation programs. As many as 200 of those programs have been closed due to the coronavirus.

One of the greatest challenges the GCFB has faced during the coronavirus pandemic: While the demand for food has been “skyrocketing,” food donations have been falling. 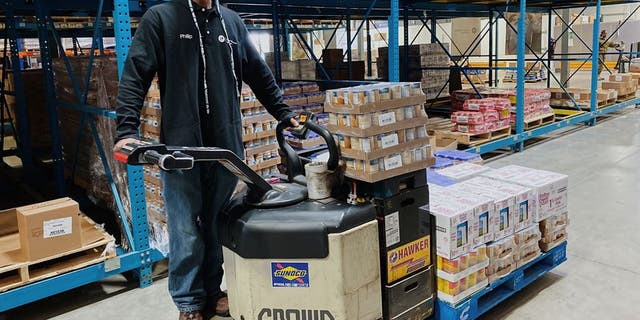 Since the annual GCFB fundraiser was canceled due to the coronavirus pandemic, the food bank is mainly relying on online donations. (GCFB)

Warzocha explained that food banks essentially take surplus products out of the food industry, items that might have otherwise gone to waste because they were overstocked, and get those products out to agencies to feed the hungry.

“The food donations that we rely on dropped overnight because a lot of our donors are distributors, retailers and manufacturers. And there was so much less surplus in the system,” Warzocha said.  “In the month of March, our food donations were down by 50 percent. “

"In my 20 years of service, I have never seen anything like this."

Food banks across the country rely heavily on volunteers in order to operate. Last year the GCFB had 21,000 people who donated their time. They usually have around 400 volunteers a week who collect, sort and repack donated food or prepare meals in their on-site kitchen.

Warzocha says that once the schools, businesses and corporations started to close, they had 1,400 volunteers cancel.

“A lot of the volunteers that come to work with us come as part of larger groups. It's a school group, a senior class, that's coming for the day, or a corporate group, that’s coming to do some sort of team-building exercise here.”

In early March, the Ohio National Guard was activated by Gov. Mike DeWine to assist at the 12 food banks across the state. There are currently 70 full-time National Guard soldiers stationed at the GCFB until June 24. 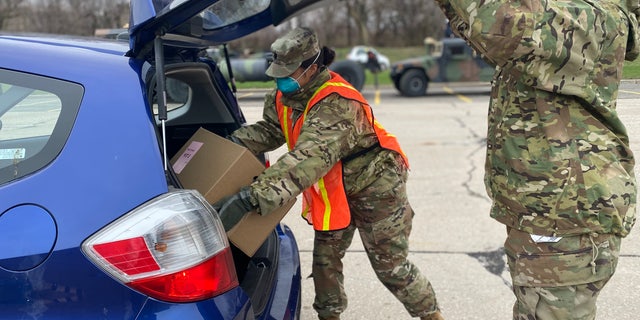 Ohio National Guard soldiers were deployed to help all food banks across the state. (GCFB)

“They have been an absolute godsend,” she said adding: “We could not be operating at this level without the National Guard. We are very concerned about what happens if we lose them after June 24 because we're going into summer, which is one of our busiest seasons in normal times.”

CORONAVIRUS: WHAT YOU NEED TO KNOW

One of the jobs the National Guard has stepped up to assist with is the once-a-month — now turned weekly — fresh food box distribution that took place at the food bank’s warehouse.

On March 19, after 1,600 families and a line of cars that stretched three and a half miles showed up, they had to move their distribution to the Cleveland Muni Lot, a much larger area usually used for tailgates before Browns football games.

Lesley Rosado, a Cuyahoga County resident, says the GCFB has been “a blessing” for her family since the start of the pandemic.

“I started going to the Muni Lot mostly because the Salvation Army is very full every time I’ve gone. When I receive a notification from GCFB about when they are distributing food at the lot, I try to register right away,” Rosado says.

“They serve food from 2 p.m. to 5 p.m., but I had a feeling it would be packed, so I went early and it was backed up with cars,” Rosado says describing the first time she attended the drive-thru at the Muni Lot. “There were maybe 400 cars in front of me before they served me. It wasn't even 12 o'clock yet.” 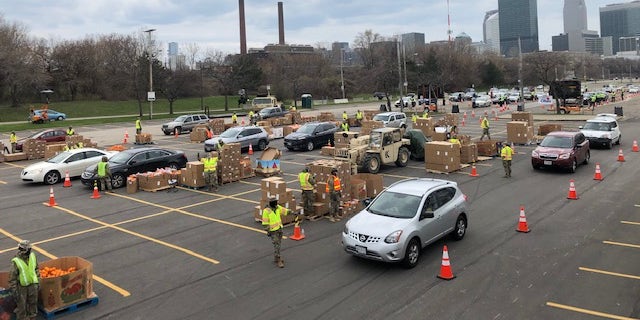 Rosado and her family were left struggling to make ends meet and put food on the table after her 21-year-old son Luis was put on temporary leave from his full-time job at Wendy’s, a fast-food chain restaurant, to get tested for COVID-19 after showing symptoms of a cold.

“He was not working for almost six weeks. He had to stay home and self-quarantine while he was waiting and waiting for the test results,” says Rosado, who helps care for Luis’s 3-year-old daughter, who has a disability. “Financially, we depend on his job and whatever he can bring home. His baby requires special care and specific meals. It's difficult for us to juggle all of this. I rely on whatever the food bank can give us to eat.”

Luis recently returned to work at Wendy’s after his test results came back negative for COVID-19, but now he only works part-time.

“We were going to depend on unemployment but we still haven’t received any money. It’s really hard,” Rosado says.  “It makes my heart happy to see that somebody actually cares for you. I'm really grateful for their efforts and the sacrifices they’ve made to help us.”

Marilee, a Geneva County resident, was a donor to the GCFB for many years, and now finds herself on the receiving end of the food bank during the pandemic.

“I believe in karma, and for more years than I can count, I have donated food and money to the food bank, and here I am years later needing it,” Marilee said. "I am grateful for all the volunteers … and food.”

In the past 10 weeks, the GCFB has served more than 21,600 households and more than 64,000 people at their drive-thru distribution site.