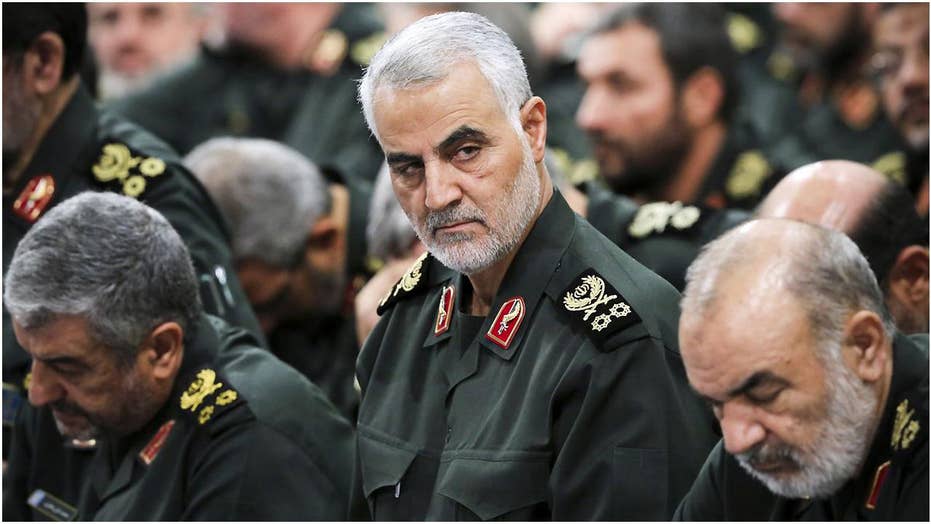 As we wait to see how the U.S. will respond to Iran’s firing of up to 15 ballistic missiles at American troops in Iraq early Wednesday, I want to thank President Trump for making difficult decisions to protect Americans around the world, such as his order to kill Iranian terrorist Gen. Qassem Soleimani on Friday.

Iran said it launched its attack Wednesday to retaliate for the killing for Soleimani. Fortunately, U.S. officials reported there were no casualties from the Iranian missile attack on two bases where members of the American military are stationed.

Now only a swift and resolute U.S. response to Wednesday’s attack and Iran’s continued state-sponsored terrorism will save Iraq and U.S. interests from Iranian fanatics lashing out to deflect tension from Iran’s economic free-fall caused by corrupt and unreasonable leadership.

If you listen to the rhetoric by Democrats, their real message is: Not a single American life is worth protecting.

Media pundits continue to question the credibility of the intelligence that President Trump and his team received regarding the threat posed by Soleimani. But in fact, this one terrorist and the Iranian regime behind him have a long history of murder and other violent acts.

Ever since Soleimani was killed, Democrats have been turning to the media to ridicule President Trump, Secretary of State Mike Pompeo, Secretary of Defense Mark Esper, and Chairman of the Joint Chiefs of Staff Gen. Mark Miley for their decision to conduct a counterterrorism operation against two known and blacklisted terrorists – Soleimani and Abu Mahdi al-Muhandis.

Many Americans recognize names of terrorist mass murderers such as Usama bin Laden, Abu Bakr al-Baghdadi, Abu Musab al-Zarqawi, and Muqtada al-Sadr. But many are only now learning about Soleimani because he maintained a relatively low-key profile for a large portion of his career – tradecraft refined over decades of covert operations against Israel and the West.

Soleimani commanded the elite Quds Force of Iran’s Islamic Revolutionary Guard Corps. If Trump had not ended the general’s reign of terror, Soleimani would no doubt have been responsible for many more deaths.

President Trump’s diplomatic overtures to Iran were met with unreasonable preconditions. In fact, Iran’s response to a meeting offered by President Trump was to insist that America lift economic sanctions on the Islamic Republic first – then, possibly, there might be a meeting. e.

Many Democrats have acknowledged that Soleimani and the Quds Force have been directly or indirectly responsible for Americans being targeted and killed abroad. But then nearly in the same breath, they state this was not the right time to take out the terrorist.

I’m quite certain the Gold Star families and others directly impacted by Soleimani and the Quds Force’s terrorism feel much differently.

When is the right time to kill a known terrorist responsible for hundreds of American deaths and thousands of others? How many American lives are worth protecting?

Clearly, under President Obama the four American lives lost in Benghazi were not worth protecting, as we witnessed no response for countless requests for support to an American diplomatic outpost and CIA base filled with Americans. If President Trump had been in office, we would not have seen a similar outcome in Libya.

We now have an administration that does not acquiesce and draw imaginary “red lines.”  President Trump’s message is clear that if any American or U.S. interests are targeted by terrorists, we will respond swiftly and appropriately.