A Dallas woman was shot and killed by a nightclub security guard on Saturday morning. The victim, identified as Shalanda Anderson, 32, was shot outside of XTC Cabaret at 5 am. The incident began after Anderson started to drive her car in the wrong direction.

This caught the attention of the security guards, who attempted to stop her. She then drove her car into the group of security guards, and one guard responded by firing at the 32 year-old after being pinned between Anderson’s car and another vehicle, according to KDFW.

Anderson, a mother of three children, was later taken to the hospital, where she died from injuries sustained in the shooting. The 26-year-old security officer who shot into Anderson’s car was taken to the hospital after suffering multiple broken bones. She is expected to undergo surgery. 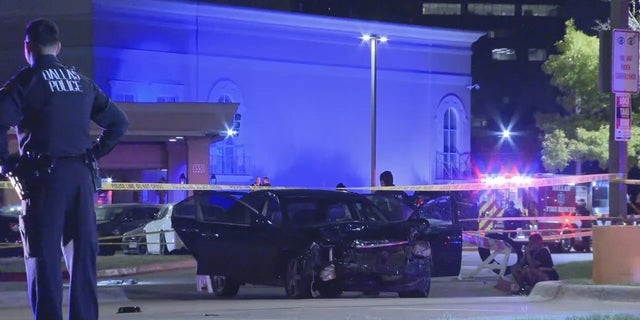 A Dallas mother of three was fatally shot outside the XTC Cabaret after ramming her car into a group of security guards. One of the security officers suffered multiple broke bones. (Fox 4 Dallas)

DALLAS MAN BROKE INTO MUSEUM, DAMAGED ART WORTH MILLIONS BECAUSE HE WAS ‘MAD AT HIS GIRL,’ POLICE SAY

“We would like to express our deepest condolences to the families involved. Club management has reached out to the family of the individual who died and offered to pay for her funeral,” the club said in a statement.

Another security guard, identified, as Sterlin Hammett, 30, was reportedly charged with three counts of aggravated assault with a deadly weapon after shooting into the victim’s car, as well. His bail was posted at $75,000, according to WFAA.

The nightclub shooting comes on the heels of a court order to temporarily postpone a city ordinance that limited sexually-oriented business hours.

Dallas Mayor Eric Johnson said he was “sickened” by “the violence we have seen at sexual oriented businesses in our city.” 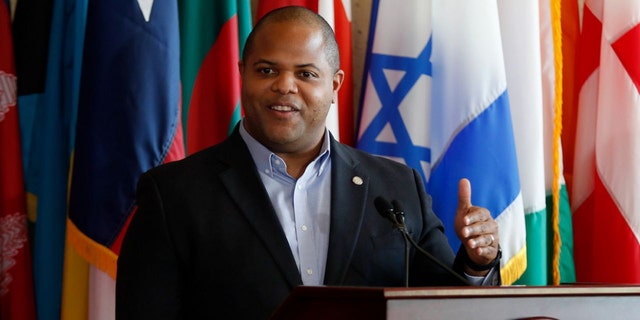 This April 22, 2020, file photo shows Dallas Mayor Eric Johnson responding to a question during a news conference at City Hall in Dallas. Johnson has formed a committee to investigate why a police officer remained on active duty for more than a year and a half after he was implicated in two 2017 killings.  ((AP Photo/Tony Gutierrez, File))