Dangerous heat will continue across the Pacific Northwest this weekend.

The excessive days-long heat wave is expected to last through Sunday, the National Weather Service (NWS) forecasting daytime high temperatures in the triple digits that are likely to tie or break temperature records.

Excessive Heat Warnings and Heat Advisories are in effect for the region, with more than 17 million people under alerts.

According to Fox Weather, Portland, Oregon, broke its old daily high-temperature record of 100 degrees Fahrenheit on Tuesday, topping out at 102 degrees.

Redmond, Oregon, and Seattle, Washington, beat records there as well. 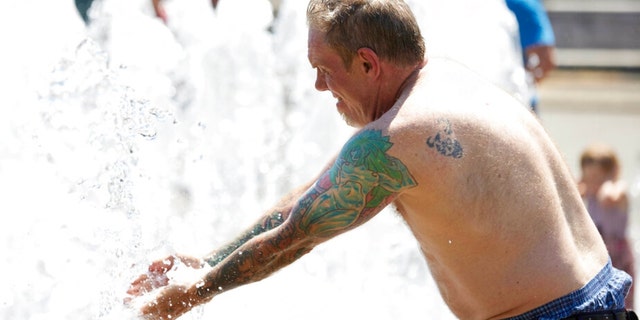 Matthew Carr cools off in the Salmon Street Springs fountain before returning to work cleaning up trash on his bicycle in Portland, Ore., Tuesday, July 26, 2022. " (AP Photo/Craig Mitchelldyer)

Many areas across western Washington have opened cooling centers.

Heat-related 911 calls in Portland have tripled in recent days, according to a spokesperson for the city’s Bureau of Emergency Management. 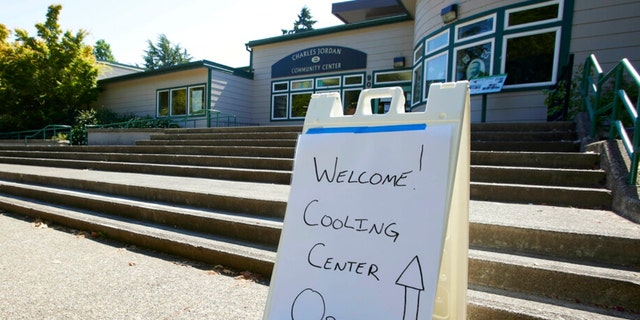 A sign showing that a cooling center at the Charles Jordan Community Center is open is shown in Portland, Ore., July 26, 2022.  (AP Photo/Craig Mitchelldyer)

A fourth death was suspected due to heat in Umatilla County, the state agency told KGW-TV. 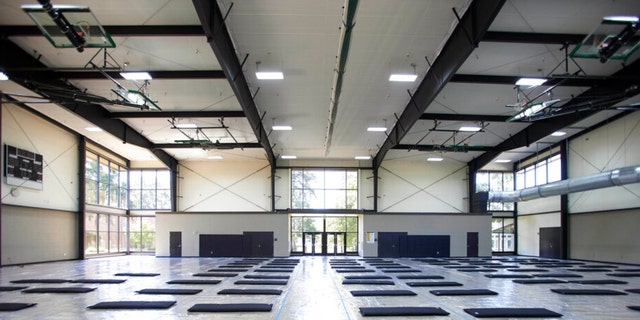 Beds are laid out in a cooling center at the Charles Jordan Community Center in Portland, Ore., July 26, 2022.  (AP Photo/Craig Mitchelldyer)

About 800 people perished in Oregon, Washington and British Columbia during a summer 2021 heat wave.

The upper ridge responsible for the heat will shift eastward over the northern and central Plains next week.