A driver lost control of a truck while suffering a medical emergency and struck a cyclist and fireworks stand worker, killing both – and reportedly leaving one victim decapitated.

Saturday’s incident in Washington DC saw both male victims pronounced dead at the scene after being struck by the silver truck, which was badly-damaged by the smash.

Neither man killed has been identified.

The smash took place around 5:30 pm after the driver of the pick up truck reportedly ran a red light before crashing into the July 4 fireworks stand, Washington DC Police Department said, Fox News  reported.

No details of the driver’s identity or medical emergency they were suffering have been reported.

The driver of the truck and a passenger were taken to the hospital, The Washington Post reported.

It’s unclear if that driver will face charges over the incident. 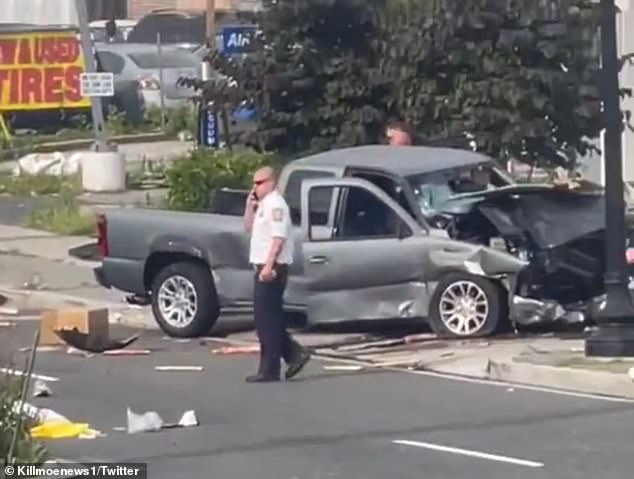 This is the out-of-control truck that ran a red light in Washington DC Saturday, killing a cyclist and worker at a nearby fireworks stand, with one victim reportedly decapitated 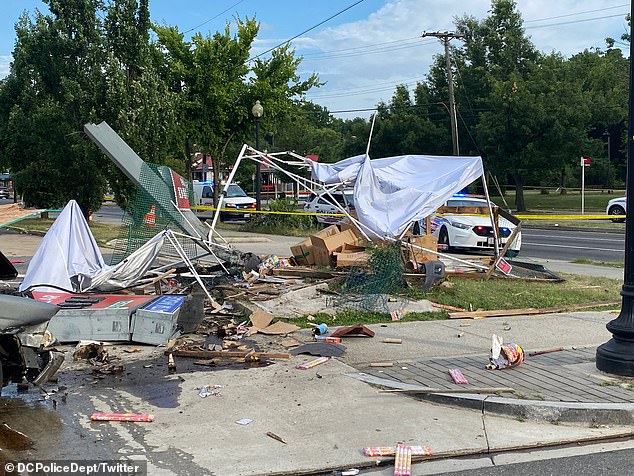 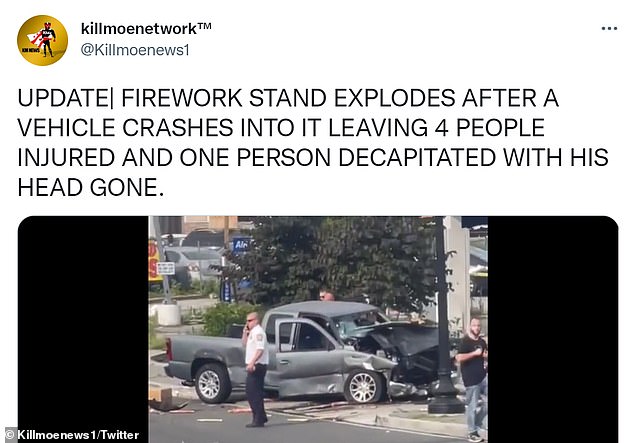 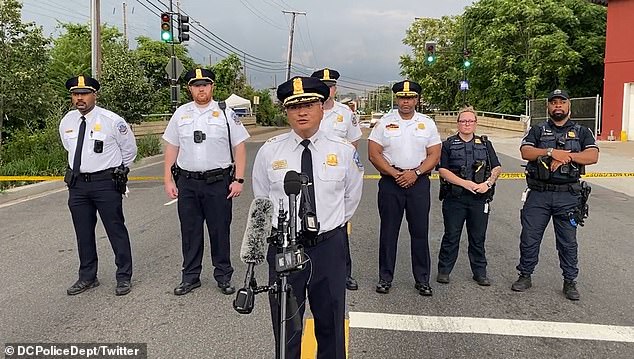 A male bicyclist was hit by the pickup truck after the driver ran a red light before crashing into the firework stand. Washington DC police pictured during Saturday press briefing

There were no other people were injured in the crash, officials said.

A mangled gas station sign and fireworks were seen seen scattered on the ground, during its aftermath.

Police said that no fireworks were detonated as a result of the crash, the news outlet reported.