The manhunt continues Sunday for a suspect wanted for the armed hijacking of an ambulance in Washington, D.C., as EMS personnel were responding to call about a man down earlier this weekend.

The D.C. Metropolitan Police Department (MPD) released images showing the suspect, a Black man with a shaved head, goatee and wearing what appears to be a black sweatshirt, fleeing the scene and driving the stolen ambulance Saturday morning.

No arrest has been made as of Sunday shortly before noon, a spokesperson for MPD told Fox News Digital, but the ambulance has since been recovered. 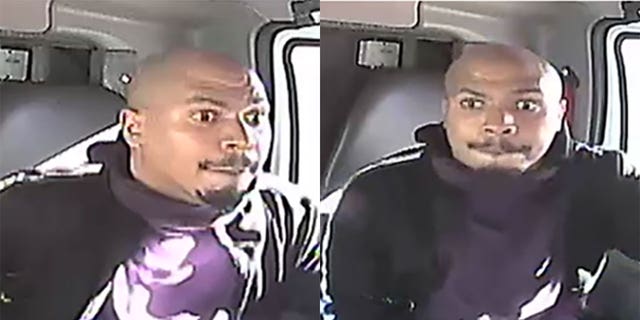 EMS had responded to the listed location for the report of a man down, according to the police department’s initial press release about the incident.

The suspect entered the back of the parked ambulance and then placed his hand on a handgun that he was carrying in his waistband while making a threat towards the victims, police said. The DC Fire and EMS personnel exited the vehicle, and the suspect fled the scene in the ambulance. 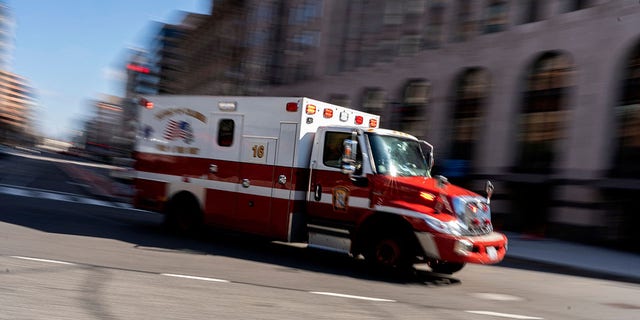 An ambulance drives through Washington, DC, on February 5, 2022.  (Photo by STEFANI REYNOLDS/AFP via Getty Images))

There were no reported injuries to the DC Fire and EMS personnel.

Detectives from MPD’s Seventh District are seeking the public’s assistance in identifying and locating the suspect in reference to an armed carjacking (gun) offense.

Police said anyone who can identify this individual, or who has knowledge of this incident should take no action but call police at (202) 727-9099 or text a tip to the department’s TEXT TIP LINE at 50411.

MPD currently offers a reward of up to $10,000 to anyone who provides information that leads to the arrest and conviction of the person or persons responsible for a violent crime committed in D.C.