Myers, 79, admitted that he bribed a judge of elections – who is in charge of the polling place – to add votes for his chosen candidates, including clients who were running for judicial offices. The bribes were hundreds or thousands of dollars, prosecutors said.

Myers also orchestrated schemes to fraudulently stuff ballot boxes for Democratic candidates in Pennsylvania elections between 2014 and 2018. The schemes did not include the 2020 election, which former President Trump insisted was won fraudulent means.

A court date has not yet been set for Myers and he will not be in jail while he waits.

Myers was infamously expelled from Congress in 1980 after being caught on camera taking bribes in the Abscam sting investigation. 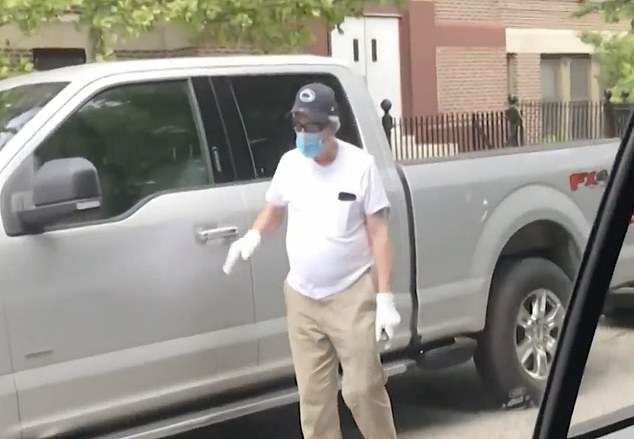 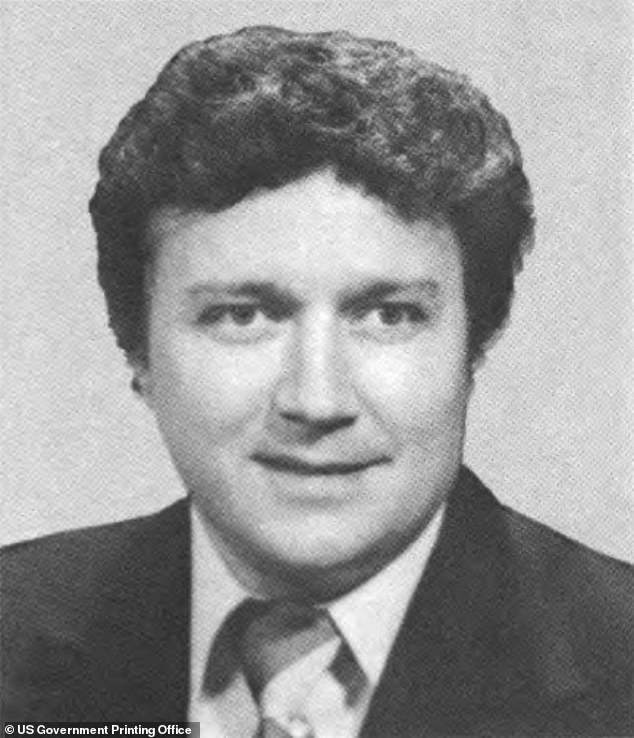 In a sentencing memo dated Friday, federal prosecutors said his ‘criminal efforts were generally, although not exclusively, directed at securing election victories for local judicial candidates running for Philadelphia’s Court of Common Pleas or Municipal Court who had employed Myers as a ‘political consultant.’

Myers admitted to bribing elections judge Domenick Demuro as part of a voter fraud scheme. Demuro was charged separately and pleaded guilty in May 2020.

He was convicted for his role in accepting bribes to cast fraudulent ballots and certify false voting results for payments between $300 and $5,000.

‘Voting is the cornerstone of our democracy,’ U.S. Attorney Jennifer Arbittier Williams said in a press release. ‘If even one vote has been illegally cast or if the integrity of just one election official is compromised, it diminishes faith in process.’ 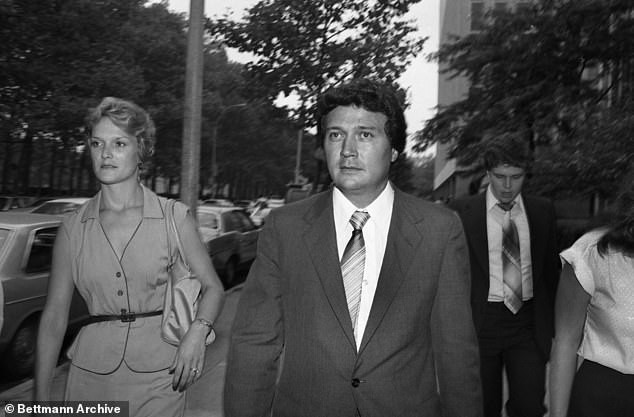 Myers and his wife at U.S. District Court in Brooklyn in 1980 just prior to Myers being convicted of bribery and conspiracy for taking money from FBI agents who posed as Arab sheiks 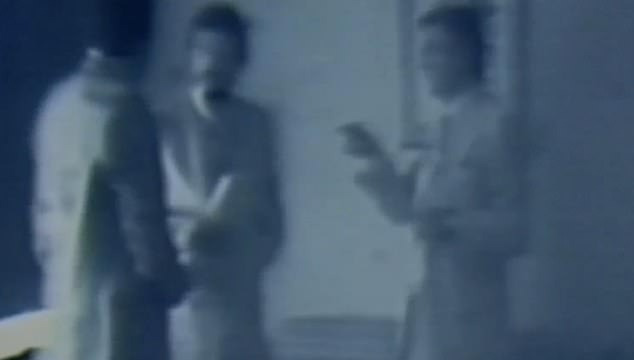 Prosecutors said Myers conspired with another elections judge to tell voters on election days which candidates they should vote for, candidates that Myers had selected, and the now former judge cast fraudulent votes for people who did not appear at the polls.

Beren, who was charged separately and pleaded guilty in October 2021, ran the polling places in her division by installing close associates to serve as members of the Board of Elections.

Myers admitted that he gave Beren directions to add votes to candidates supported by him, including candidates for judicial office whose campaigns actually hired Myers, and other candidates for various federal, state, and local elective offices preferred by Myers for a variety of reasons. 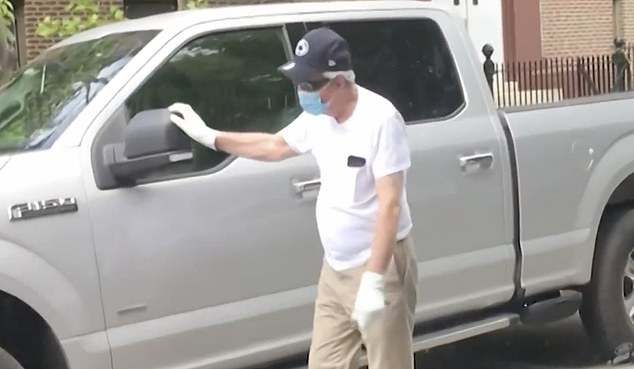 Myers, 79, admitted that he bribed a judge of elections to add votes for his chosen candidates, including clients who were running for judicial offices 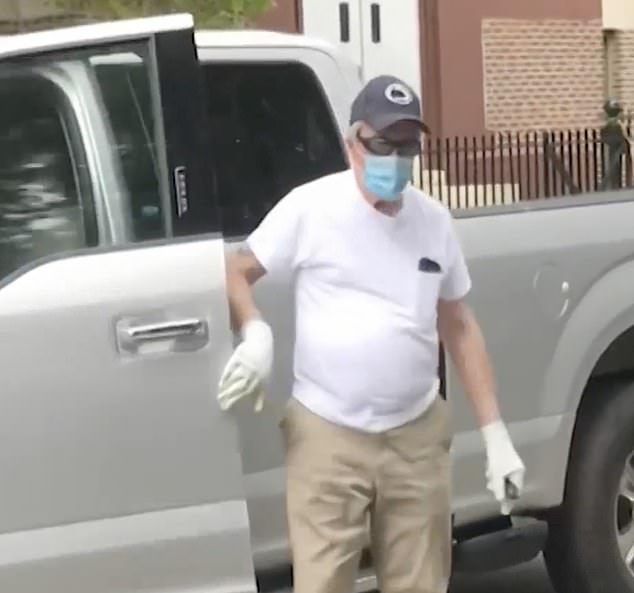 Inside the polling place and while the polls were open, Beren would advise actual in-person voters to support Myers’ candidates and also cast fraudulent votes in support of Myers’ preferred candidates on behalf of voters she knew would not or did not physically appear at the polls.

During Election Day itself, Myers spoke with Beren via cell phone while she was at the polling station about the number of votes cast for his preferred candidates. Beren would report to Myers how many ‘legit votes,’ had appeared at the polls and cast ballots.

The judge of elections and the majority and minority inspectors work together to manage the polling place, keep track of the number of voters, and make sure that the returns are delivered to the county election office at the end of the day, according to vote.org.

Myers was expelled from Congress in 1980 after being caught taking bribes in the Abscam sting investigation.

In the Abscam sting, Myers was convicted of bribery and conspiracy for taking money from FBI agents who posed as Arab sheiks. He served more than a year in prison.

Myers also served six years in the Pennsylvania House before his 1976 election to Congress.

Myers’ admissions of election fraud this week did not involve the 2020 election, which former President Trump has continued to insist was fraudulent by citing a wide range of complaints, many of them involving the expansion of mail voting because of the pandemic.

Trump’s false claims of a stolen election fueled the deadly Jan. 6 attempted insurrection at the Capitol, have led to death threats against election officials and have become deeply ingrained within the GOP, with two-thirds of Republicans believing Biden’s election is illegitimate.

Republican lawmakers in several states have used the false claims as justification to conduct costly and time-consuming partisan election reviews, done at Trump’s urging, and add new restrictions for voting.

The number of cases identified so far by local elections officials and forwarded to prosecutors, local law enforcement or secretaries of state for further review undercuts Trump’s claim. Election officials also say that in most cases, the additional ballots were never counted because workers did their jobs and pulled them for inspection before they were added to the tally.

Experts say to pull off stealing a presidential election would require large numbers of people willing to risk prosecution, prison time and fines working in concert with election officials from both parties who are willing to look the other way. And everyone somehow would keep quiet about the whole affair.