Democratic Colorado Gov. Jared Polis celebrated Shark Week by sending out a tongue-in-cheek fundraising email touting the lack of shark attacks that have occurred during his tenure.

Polis is running for re-election in November, and his campaign bragged that Colorado, a landlocked state, is once again “tied for first” for the state with the fewest shark attacks on Tuesday.

The email blast requested that recipients pitch in $1 to spread the message about Polis’ “strong record on shark safety.”

“It turns out many voters don’t know that Colorado is faring so much better than other states when it comes to shark attacks,” Polis’ email reads. “And we need to get the message out – not only about my strong record on shark safety, but on issues like creating affordable housing, saving people money on health care, and protecting our planet from climate change.” 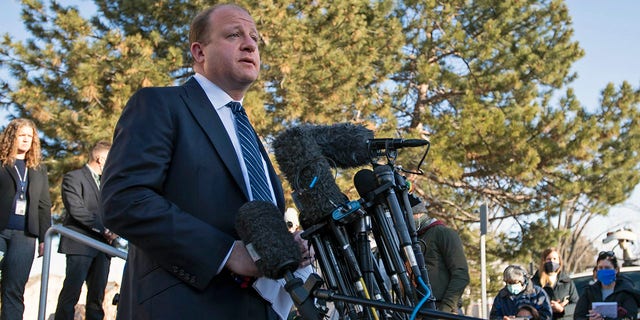 The email included a map of the U.S. highlighting coastal states in various shades of red depending on how frequently they experience shark attacks.

Polis’ fundraiser comes amid a spate of attacks across the U.S. Long Island, New York saw its fifth shark attack in two weeks on July 14 when a shark bit a 49-year-old man in the wrist and buttocks.

A teenager was also bitten in the foot while surfing off Long Island last week.

“As New Yorkers and visitors alike head to our beautiful Long Island beaches to enjoy the summer, our top priority is their safety,” the governor said last week. “We are taking action to expand patrols for sharks and protect beachgoers from potentially dangerous situations. I encourage all New Yorkers to listen to local authorities and take precautions to help ensure safe and responsible beach trips this summer.”