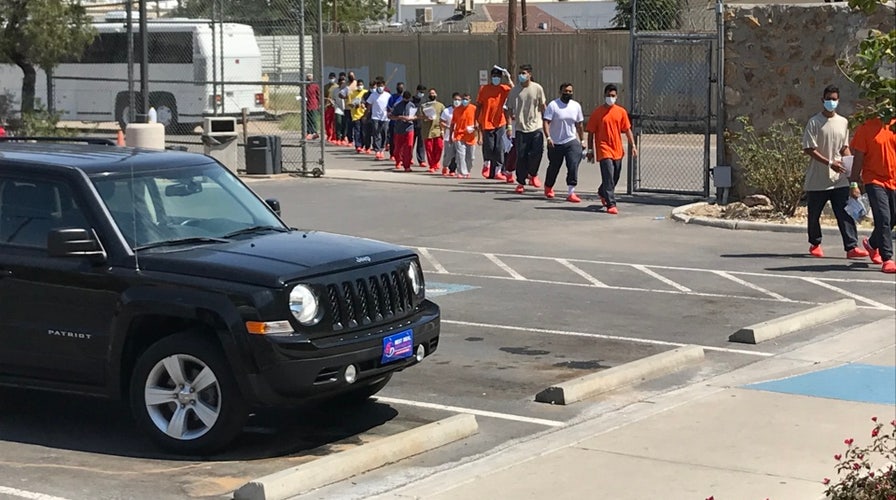 Thousands of migrants have gone through U.S. Immigration, applied for asylum, and are waiting for their court dates. But, border towns say the problem is where they go until then.

The Democrat-run city of El Paso has recently started bussing migrants into New York City, but has so far not seen the sort of attacks from liberal mayors and others that have faced Texas Republican Gov. Greg Abbott.

The border city, which has been at the front line of the massive migrant crisis that has raged since early 2021, has so far bused over 2,500 migrants to New York City since the end of August — as well as about 150 migrants to Chicago.

El Paso’s Democratic Mayor Oscar Leeser said on ABC’s “This Week” on Sunday that: “The people are not coming to El Paso, they’re coming to America.”

EL PASO MAYOR SAYS CITY’S GOAL IS TO HELP BUS MIGRANTS TO THEIR DESTINATIONS, TREAT THEM LIKE HUMAN BEINGS 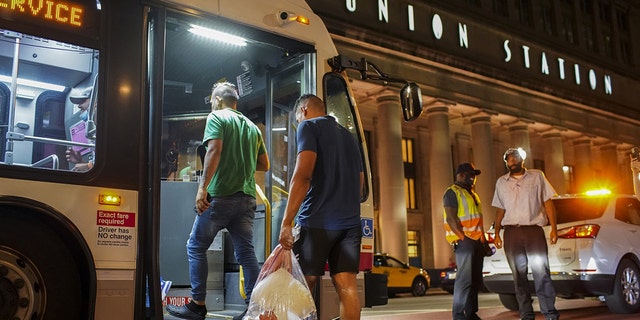 A group of migrants board a CTA bus at Chicago&apos;s Union Station to be taken to a Salvation Army shelter after arriving from Texas on Aug. 31, 2022.  (Armando L. Sanchez/Chicago Tribune/Tribune News Service via Getty Images)

He said that one recent difference with the migrants arriving in El Paso is that many of those from Venezuela do not have sponsors in the U.S. who can help them and have no money.

“We have about 50% of the people today that do not have a sponsor, they do not have money, so we’re helping and working to get them to where they want to go,” the mayor said.

There have been more than 2.1 million migrant encounters at the southern border this fiscal year so far. Of those encounters, more than 258,000 have been in the El Paso sector alone. Federal officials have also been overwhelmed, with Customs and Border Protection (CBP) telling Fox last week that it was releasing migrants near El Paso shelters and bus stations as they are over capacity.

The Texas governor’s office has bused approximately 2,500 migrants to New York City, along with over 8,000 to Washington D.C. — including Vice President Kamala Harris’ D.C. residence.

Abbott, along with Florida Gov. Ron DeSantis and Arizona Gov. Doug Ducey — who have also transported migrants across the country, have taken significant political heat for their transports.

BORDER SHERIFFS SLAM DC MAYOR, OFFICIALS FOR DECLARING EMERGENCY OVER MIGRANT BUSES: ‘THEY HAVE SEEN NOTHING’

The Republican governors have said that the transports are designed not only to relieve overwhelmed border communities, but also to shine a spotlight on the border crisis.

“The Biden-Harris Administration continues ignoring and denying the historic crisis at our southern border, which has endangered and overwhelmed Texas communities for almost two years,”Abbott said in a recent statement. 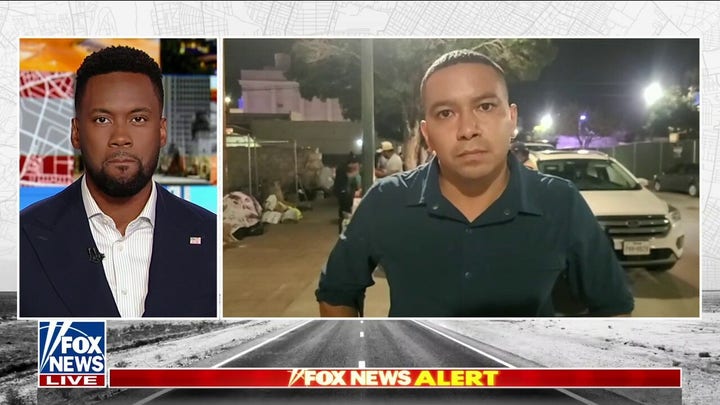 The moves by the states’ governors have sparked fierce pushback from Democrats, both from the cities and across the country.

“Let me say loud and clear to Greg Abbott and his enablers in Texas with these continued political stunts, Gov. Abbott has confirmed what unfortunately many of us had known already, that he is a man without any morals, humanity or shame,” Chicago Mayor Lori Lightfoot said earlier this month.

Adams said he was not encouraging people to send migrants to the City, but said that Leeser had coordinated with the City in a way that Abbott had not.

“When we reached out to the mayor of El Paso, he was willing to sit down and share what his concerns are and what our concerns are and figure out a humane way to coordinate,” he said at a press conference. “And we are clear, we cannot handle all of your migrants, mayor of El Paso. But we were able to communicate with them. We were not able to do that with Governor Abbott’s team. We spoke with them, they stated they were going to inform us, and he did not.”