‘No,’ Phillips replied when asked by WCCO-AM’s Chad Hartman if he would support Biden in 2024. ‘I think the country would be well-served by a new generation of compelling, well-prepared, dynamic Democrats who step up.’

The 79-year-old president has seen his once solid approval ratings slip away – and Republicans have made his advanced age an issue.

They’ve capitalized on Biden’s verbal stumbles and his literal ones too – like a recent bike spill during a trip to Rehoboth Beach. 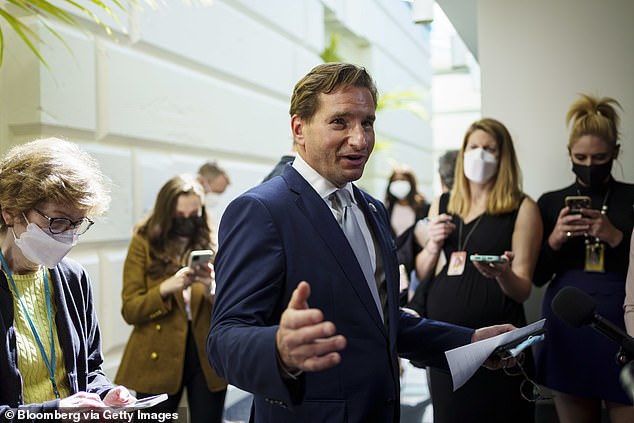 ‘I have respect for Joe Biden. I think he has – despite some mistakes and some missteps, despite his age, I think he’s a man of decency, of good principle, of compassion, of empathy, and of strength,’ Phillips said. ‘But to answer your question, directly, which I now if quite rare, uh no, I don’t,’ he said of supporting him in two years.

‘I think it’s time for generational change,’ the 53-year-old Phillips argued. ‘And I think most of my colleagues agree with that.’

But most lawmakers are publlicly backing Biden 2.0 or playing coy – like two key voices from both wings of the Democratic Party, Rep. Alexandria Ocasio-Cortez and Sen. Joe Manchin.

In June, AOC wouldn’t commit to backing Biden when she appeared on an episode of CNN’s State of the Union.

‘I think if the president has a vision, then that’s something certainly we’re all willing to entertain and examine when the time comes,’ she told the network’s Dana Bash. 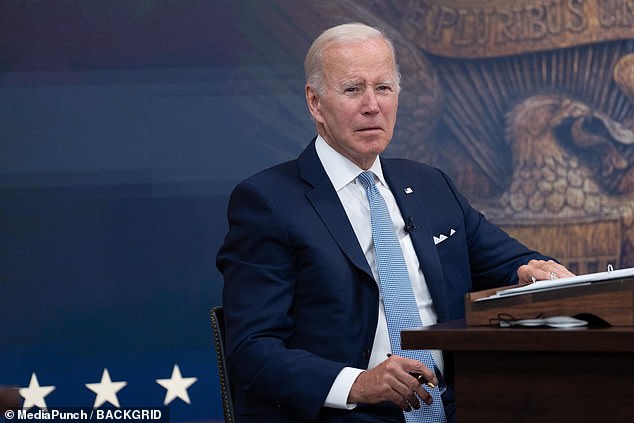 Bash pointed out that she didn’t say yes.

‘We should endorse when we get to it, but I believe that the president’s been doing a very good job so far, and, you know, should he run again, I think that I, you know, I think … we’ll take a look at it,’ Ocasio-Cortez said.

‘But right now, we need to focus on winning a majority instead of a presidential election,’ she added, pointing to the looming November midterm races.

And then on Thursday, Manchin told fired CNN anchor Chris Cuomo ‘we’ll just have to wait and see’ when asked about a Biden re-election campaign.

‘I believe that basically the people will make a decision state by state and the people in my state will not support a national Democratic figure right now that I can see,’ said Manchin, whose West Virginia hasn’t voted for a Democrat since President Bill Clinton‘s 1996 re-election.

Cuomo interjected saying, ‘I asked you, what do you say to them?’ about Manchin’s support.

‘What would I say to them is pick the person – I know Joe Biden to be a good person, OK. Now from the leadership, it’s gonna depend. I think that the, the policy, or lack of an energy policy, is very, very detrimental to our country,’ Manchin said.

‘I’m disagreeing on that with him,’ he said of Biden. ‘I’m fighting on that.’

Manchin said on inflation, ‘There’s blame for everybody.’

‘But basically blame that we didn’t see it coming and didn’t intervene quicker or the feds – you can talk about all that,’ he continued.

‘So I’m not gonna tell you who – who’s gonna be running,’ the West Virginia Democrat added. ‘I don’t know if Joe Biden runs again and he’s the Democrat nominee, depending on who the Republican nominee is.’

‘You know, we’ll just have to wait and see, I’m not predicting anything,’ Manchin said.

Asked about polling that suggested Democrats weren’t gung-ho about Biden being the 2024 nominee, White House press secretary Karine Jean-Pierre said Friday, ‘The president intends to run in 2024. We are a long way away from that.’

Jean-Pierre repeated that statement when asked specifically about Phillips’ comments.