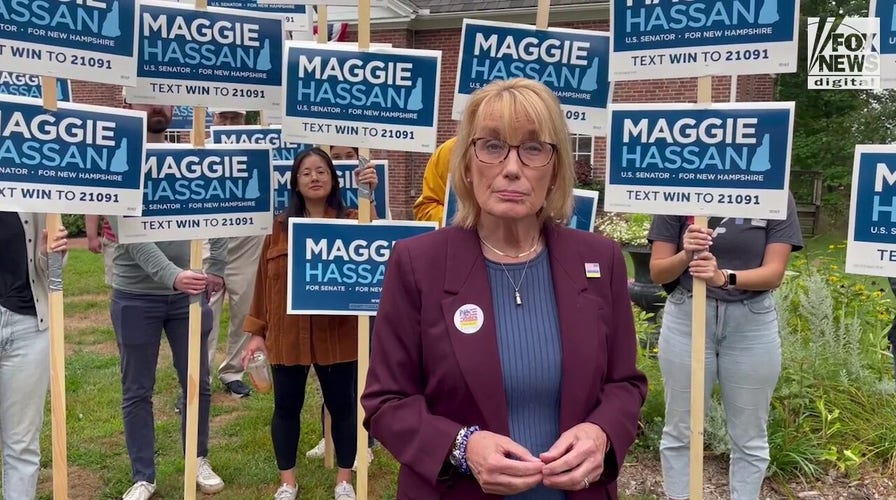 Senator Maggie Hassan highlights her policy differences with President Biden, but saying that he’s always welcome on the campaign trail. Hassan voted at the town hall this morning in Newfields, New Hampshire.

NEWFIELDS, N.H. – As she runs for re-election this year in the crucial general election battleground state of New Hampshire, former governor and first-term Democratic Sen. Maggie Hassan has made a point to highlight her policy differences with President Biden.

“My job is to be an independent voice for New Hampshire. That’s the role I’ve always worked to play and be for Granite Staters,” Hassan told Fox News as she answered questions from reporters after voting Tuesday on primary day in New Hampshire.

Republicans – pointing to her lackluster poll numbers – view Hassan as vulnerable as she seeks another term in a race that’s one of a handful across the country that may determine if the Democrats hang on to their razor-thin majority in the chamber.

And Hassan, who’s built a formidable war chest for her re-election campaign, for months has pointed out where she disagrees with Biden, whose own approval ratings are recovering from early summer lows but remain underwater. 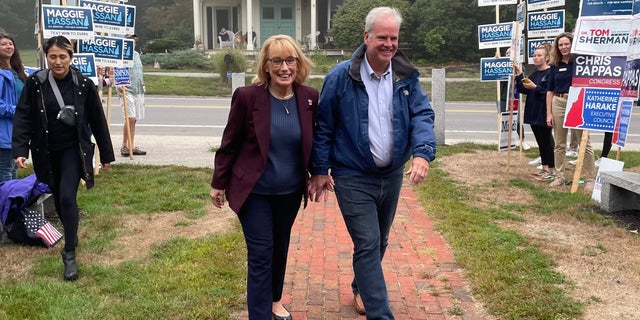 Democratic Sen. Maggie Hassan, along with her husband Tom, arrives at the Newfields, New Hampshire, to vote on primary day, on Sept. 13, 2022. (Fox News)

While she joined Biden in her home state in April to showcase the $1.2 trillion bipartisan infrastructure measure the president signed into law last autumn, Hassan soon after was very vocal in voicing her opposition to the move by the White House to rescind a Trump-era pandemic restriction known as Title 42, which allowed officials to rapidly expel asylum seekers who crossed the U.S.-Mexico border.

Hassan was one of a few Democratic Senate incumbents and candidates facing difficult races in November’s midterms to spotlight their concerns over the border security move.

The senator in June told Fox News that it was “frustrating” that the president – at the time – had failed to support her push to temporarily repeal the federal gas tax, to help consumers cope with skyrocketing prices at the pump, which peaked in June before receding throughout the summer. Biden later supported the move to rescind the gas tax.

Hassan also told Fox News on the campaign trail on Saturday that it took “too long” for the Biden administration to start addressing inflation, which started skyrocketing as far back as April of last year.

Hassan on Tuesday emphasized that “it’s critically important that Granite Staters know that I will always work across the aisle and do what is important to them. I’m proud of having been ranked by an independent organization the most bipartisan senator in the country. Another independent group has noted that I am one of the five senators who votes against her party most often. And I will always follow that example of Granite State independence.”

But when asked by Fox News if she’ll welcome Biden to the campaign trail, the senator said that “the president of the United States is always welcome in New Hampshire.” 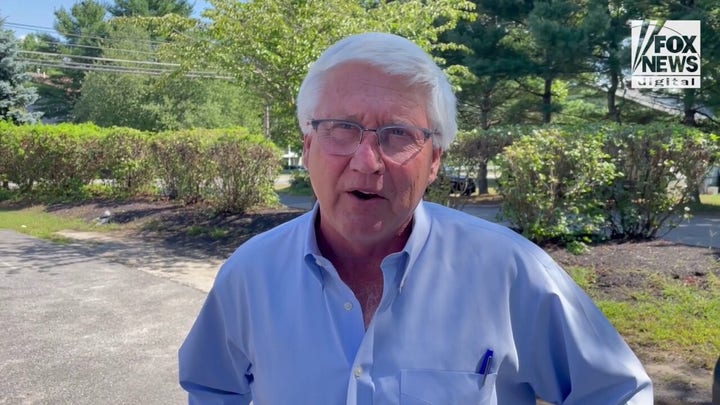 “She’s opened the border. She’s not building the wall. And she’s not following the laws that exist already. And she’s certainly stayed with President Biden to change our energy policy and people in New Hampshire want to know why oil going to cost them as much as it’s going to cost this year,” New Hampshire Senate President Chuck Morse, one of the leading contenders in the race for the GOP U.S. Senate nomination, argued in an interview with Fox News on the eve of the primary.

THESE 11 SENATE RACES WILL DECIDE THE CHAMBER’S MAJORITY

And retired Army Gen. Don Bolduc, the front-runner in the final public opinion polls in the Republican Senate primary, spotlighted Hassan’s “polices that she’s supported with President Biden” that he claimed to Fox News have “hurt the economy, that have created out of control spending, and have hurt the security of this nation.” 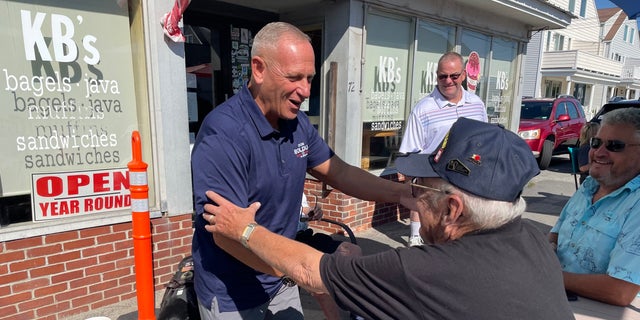 New Hampshire GOP chair Steve Stepanek argued that Hassan’s moves to distance herself from the president are “disingenuous.”

“I firmly believe that Maggie Hassan and her six years not representing New Hampshire, but representing the interests of [Democratic Senate Majority Leader Chuck] Schumer and now Biden, are pretty clear to everybody. She has never opposed them up until a couple of months before her re-election bid,” Stepanek claimed. “She obviously must think New Hampshire voters and citizens are stupid.”