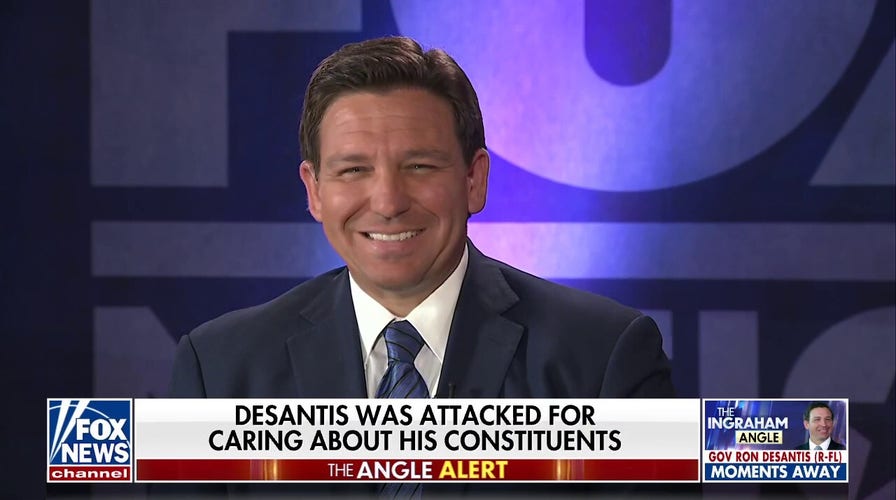 Florida GOP Gov. Ron DeSantis tells ‘The Ingraham Angle’ why he’s not ready to let massive amounts of property get bought up by China.

EXCLUSIVE: Republican Gov. Ron DeSantis spotlights letters he’s received from Floridians thanking him for his leadership and expressing their support for the conservative agenda he’s implemented in Florida, in the first TV ad of the governor’s 2022 re-election campaign.

“Dear Governor DeSantis, I wanted to write and thank you for working so hard for the citizens of Florida. Dear Governor DeSantis, I’ve never written a political leader, but I’m writing to express my appreciation for keeping us Floridians free and thriving,” the narrators in the ad say, as they read portions of letters the governor has received since taking office in Florida in 2019.

“A governor who says what he is going to do and then does it. I realize that the right thing is not always the easy thing. Without your leadership, we wouldn’t have been able to stay open. Because of you, my child has thrived through this pandemic. The monoclonal antibodies saved my mother’s life. I’m 11 years old and I’m glad I could go to school,” the narrators continue in the 60-second television commercial.

The spot includes pictures of the letters and shots of the governor reading them, including one where DeSantis smiles as a narrator says “watching you beat back the woke liberal media makes me so proud to be a Floridian.”

The “Dear Governor” ad, which was shared first with Fox News on Wednesday, ends with another letter saying “thank you for Keeping Florida Free. Keep fighting the good fight.”

The DeSantis campaign says the commercial will run statewide in Florida on TV, with a digital component as well. While they didn’t share how much money they’re spending to run the spot, it’s likely to be a significant ad buy in a state with numerous media markets.

DeSantis, a former congressman who was narrowly elected governor in 2018, has become a fundraising behemoth as he runs for re-election, bringing in over $125 million this cycle and dwarfing the fundraising of the Democrats hoping to face off with him in November’s general election. DeSantis’ haul is nearly ten times the amount brought in by his top Democratic challenger, Rep. Charlie Crist, a former Republican Florida governor who’s seeking to win back his old job. 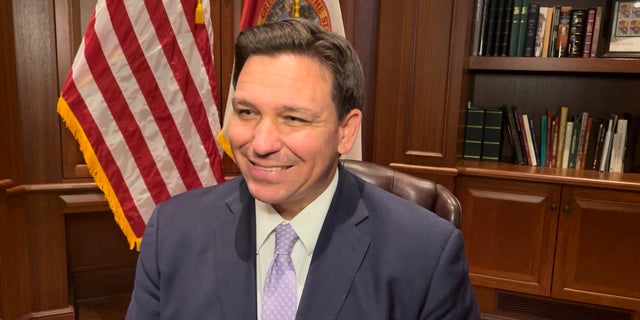 The announcement by the DeSantis campaign came a day after Crist announced he’s prepared to spend a formidable $20 million in the general election campaign, if he wins Florida’s Aug. 23 Democratic gubernatorial primary.

DeSantis has seen his popularity surge among Republican voters in his state and around the nation over the past two and a half years, thanks in large part to his relentless pushback against COVID-19 restrictions amid the coronavirus pandemic as well as his aggressive actions in the culture wars.

While DeSantis has repeatedly deflected talk of a potential run for the 2024 Republican presidential nomination, political pundits view him as a potential White House contender.