Maria Mariweather began filming on her cell phone camera when she realized she was witnesses a man ranting at police officers while carrying a baby in Detroit.

“Oh my God. I was afraid for the baby,” Mariweather told FOX 2 as she played the video for them.

She said the incident happened around 3 p.m. Wednesday as she was working from home.

“I heard chaos outside, so I went to go see, and I saw him running down the street with the baby,” she said. 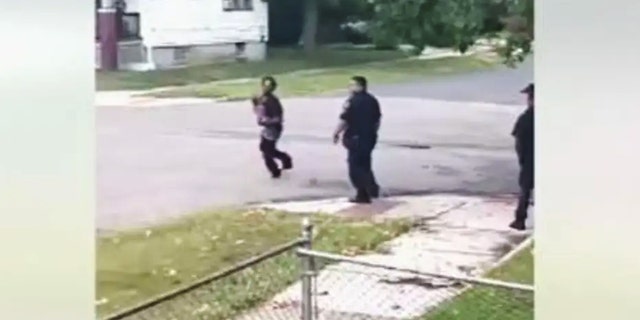 The man holding the baby was barefoot, according to Mariweather.

“The police were coming behind him, and he was yelling,” she said.

“We ain’t white, we Black. We say it loud baby,” the man appeared to say on camera. He then walked to the corner and set the child down. 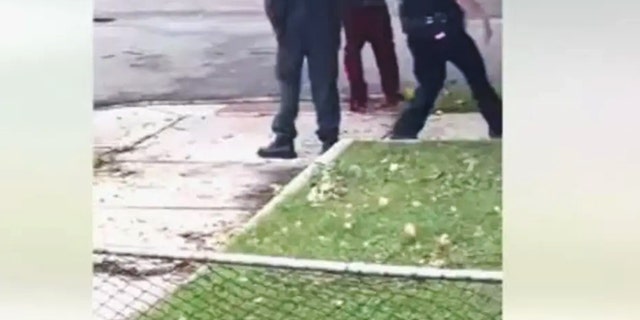 When police start to move in, the man runs with the baby for the police car. He puts the child insider before climbing into the cruiser himself.

“He threw the baby into the police car and tried to take off and as they were trying to get him out, he started swinging on the police and trying to fight them,” Mariweather said.

The man kept running while one officer aims his Taser and the second officer grabs the child.

“They tased him, and he said it didn’t hurt,” she said. “And he kept running.”

Neighbors told the TV station the police did catch up with the man after the camera stopped rolling.

The Detroit Police Department has not identified the man, but told FOX 2 the baby is his, and he suffered a mental health episode.