A dismembered body was found in a New York City apartment inside several suitcases Wednesday, according to a report.

A woman had been missing from the Brooklyn apartment, neighbors said. People who live near her called the building manager over a bad smell coming from inside, the New York Daily News reported.

“The super found her body in suitcases,” neighbor Kim Angeles told the Daily News. “It was a smell, and when they knocked on her door, a man came running out.”

She called the situation “scary.” 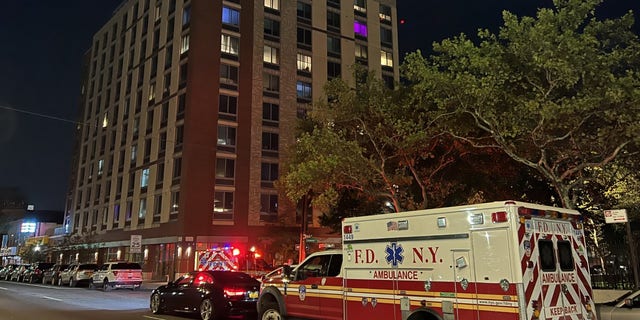 An ambulance outside a New York City apartment complex where body parts were reportedly found stuffed in a suitcases.  (Peter Gerber)

“My two children live here,” she said. “We shouldn’t have to be dealing with this.”

Residents also said the woman lived with her boyfriend. The body has not yet been identified yet.

Police plan to speak with the woman’s boyfriend who is not facing any charges at this time, the Daily News reported.

The apartment was located in the Cypress Hills neighborhood on Linwood St. near Atlantic Ave.