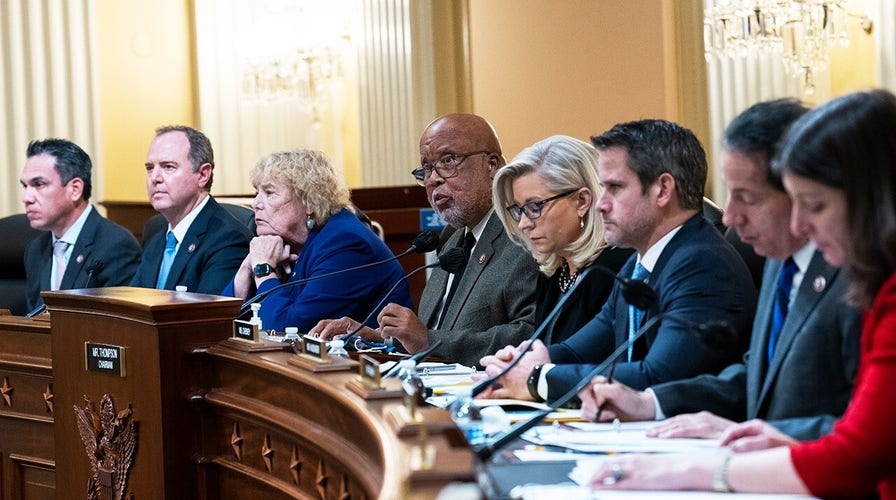 Biden’s Justice Department argued in a filing on Wednesday that publicity drawn from the Jan. 6 special committee, including its assertion the riot at the U.S. Capitol was an “insurrection,” would not prevent five alleged members of the Oath Keepers from having a fair trial should it begin in September.

Stewart Rhodes, Kelly Meggs, Kenneth Harrelson, Jessica Watkins, and Thomas Caldwell are facing seditious conspiracy charges to overthrow the U.S. government and are expected to stand trial on Sept. 26. In a new filing Wednesday, U.S. Attorney Matthew Graves argued against recent requests from the defendants for the trial start date to be pushed back and from the trial to be moved from Washington, D.C., arguing that the Jan. 6 committee hearing does not get in the way of their right to a fair trial.

“First, the defendants complain that they were prejudiced because Rep. Jamie Raskin asserted that what occurred on January 6 was an ‘insurrection.’ But several judges have already found that what the rioters did at the Capitol on January 6 was an ‘insurrection’,” according to the DOJ filing. “A statement from a congressperson during a congressional hearing using the same word has no impact on whether this trial should be continued or moved.”

AG GARLAND REFUSES TO RULE OUT PROSECUTING TRUMP FOR JAN. 6 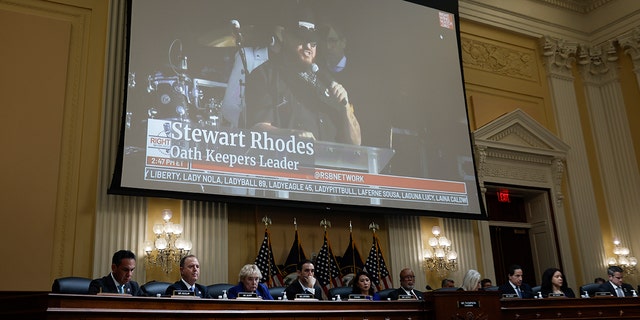 Oath Keepers founder Stewart Rhodes appears on a video screen above members of the Select Committee to Investigate the January 6th Attack on the U.S. Capitol during the seventh hearing on July 12, 2022, in Washington, DC.  (Anna Moneymaker/Getty Images)

The Justice Department recently agreed to push back the trial for five alleged members of the Proud Boys due to publicity and uncertainty stemming from the Jan. 6 committee and whether it will release witness transcripts with potentially relevant information, Politico reported. But for the members of the Oath Keepers, the DOJ contends the renewed motions from the defendants to continue and change the revenue should be denied because not much of the testimony from the committee hearings relate to their group. 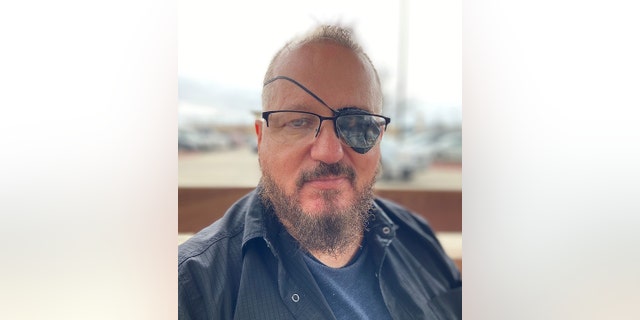 Stewart Rhodes, founder of Oath Keepers, told The Washington Post on February 28, 2021, in Fort Worth, Texas, that the government is trying to inflate the rogue actions of a few members into an alleged conspiracy committed by the organization on Jan. 6, 2021.  (Aaron C. Davis/The Washington Post via Getty Images)

The DOJ notes that one hearing witness, in particular, Jason Van Tatenhove, testified that Oath Keepers as a group did have “dangerous extremists” and potentially people with White supremacist or racist views among them, but he never singled out any of the defendants as being one of those extremists or holding those views.

U.S. District Court Judge Amit Mehta will ultimately make the call on whether the trial will be pushed back or moved.

In its filing, the DOJ said that it was possible for a different federal judge, U.S. District Court Judge Trevor McFadden, to move the slated October start of the trial for Trump appointee and former State Department aide Freddie Klein so that his defense lawyers, who also represent defendant Meggs, could be available for the Oath Keepers trial scheduled to begin on Sept. 26.

Graves said that the argument from the Oath Keeper defendants that the District of Columbia is “heavily biased” and “anti-Trump,” and that the “hearings have been largely consumed by left-leaning, politically-obsessed viewers” who “have been glued to their television sets” lack evidence. The prosecutor said he did not agree with their assertion that “thanks to a biased press, practically everyone in D.C., without knowing any of the facts, is convinced that the Rhodes defendants are guilty.”