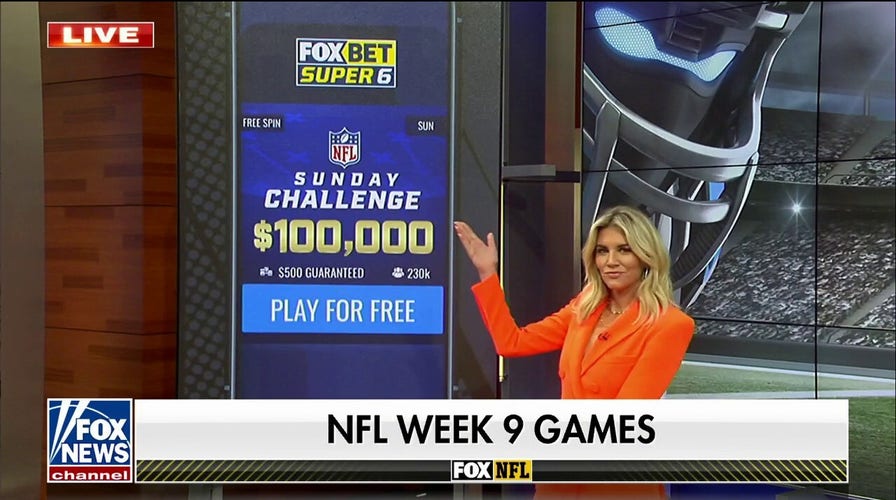 The Miami Dolphins held off the Chicago Bears, 35-32, despite Justin Fields setting an NFL single-regular-season game record in a breakout performance from the sophomore quarterback.

Fields broke Michael Vick’s single-regular-season game record with 178 rushing yards in the close loss. Only Colin Kaepernick had more in 2012 for the San Francisco 49ers – but that mark came in the NFC Divisional Round against the Green Bay Packers. 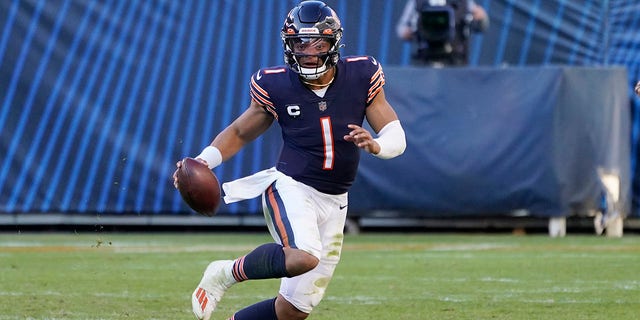 Chicago Bears quarterback Justin Fields runs the ball during the second half against the Miami Dolphins, Nov. 6, 2022, in Chicago.
(AP Photo/Charles Rex Arbogast)

The former Ohio State standout also became the first quarterback in NFL history with three touchdown passes and at least 140 rushing yards in a game, according to CBS. He also had a rushing touchdown.

His rushing totals were buoyed by a 61-yard touchdown run.

The huge game was negated by the high-flying Dolphins offense.

Tua Tagovailoa was 21 for 30 with 302 passing yards and three touchdowns. He averaged 10 yards per pass. Tyreek Hill, Jaylen Waddle and Jeff Wilson Jr. each had a touchdown catch. Hill finished with seven catches for 143 yards. Waddle had five catches for 5 yards and Wilson had three catches for 21 yards. 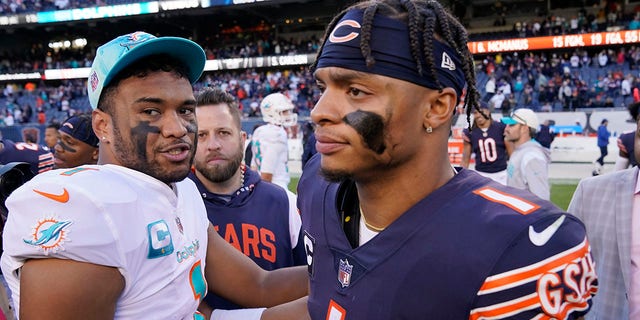 It’s the fifth game Hill has recorded at least 100 yards receiving. Wilson was making his debut and led the team in rushing with nine carries on 51 yards. Raheem Mostert had a rushing touchdown.

Fields found Cole Kmet for a 4-yard touchdown pass with 11:38 left in the game. However, the team punted and turned the ball over on downs on their final two drives. 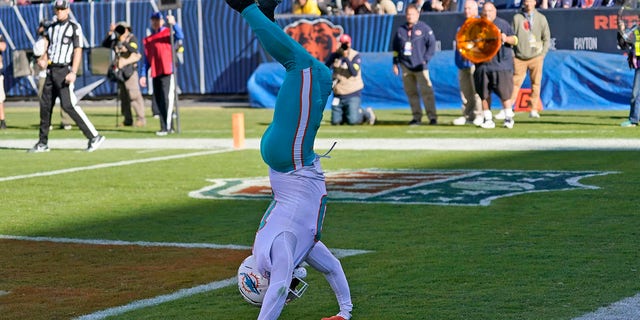 Fields was sacked twice – once by Melvin Ingram and the other by Duke Riley. Newcomer Bradley Chubb had a tackle.