The race was called for rival Russell Fry at 11:01 p.m, with Fry leading Rice by more than 26 points.

Rice had been one of 10 House Republicans to vote in favor of Trump’s second impeachment – that he incited an insurrection on January 6.

Trump has gone state-by-state backing primary challengers for the 10 lawmakers or helping motivate their retirements. He’s also taken on Republican lawmakers like Mace who made critical statements. 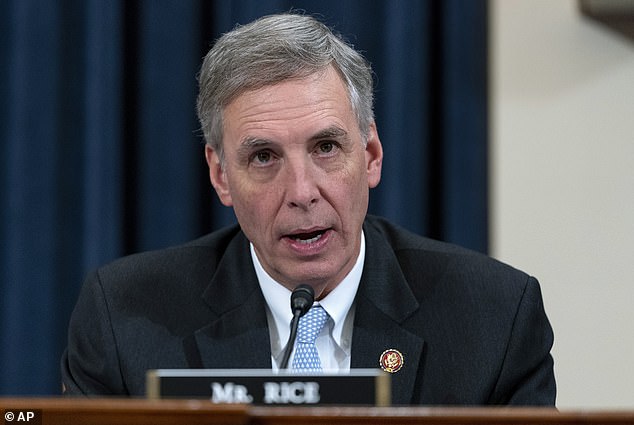 Rep. Tom Rice was one of 10 GOP House members to vote in favor of Trump’s second impeachment – that he incited an insurrection on January 6. Trump has gone state-by-state fielding challengers against impeachment backers, or motivating their retirements 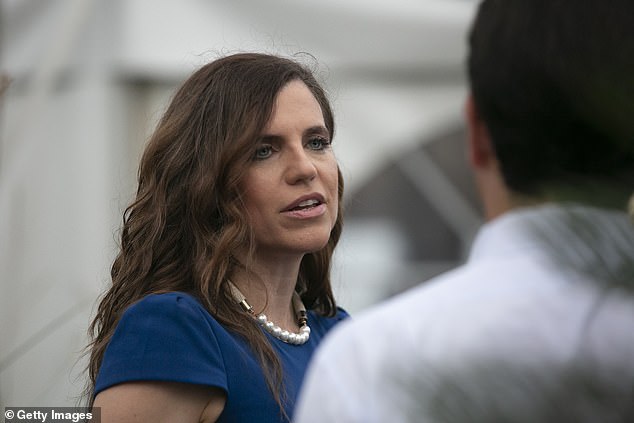 Rep. Nancy Mace greets supporters in Mount Pleasant, South Carolina at an election night event Tuesday. Mace was critical of former President Donald Trump after January 6, but campaigned by telling voters she was politically aligned with the ex-president 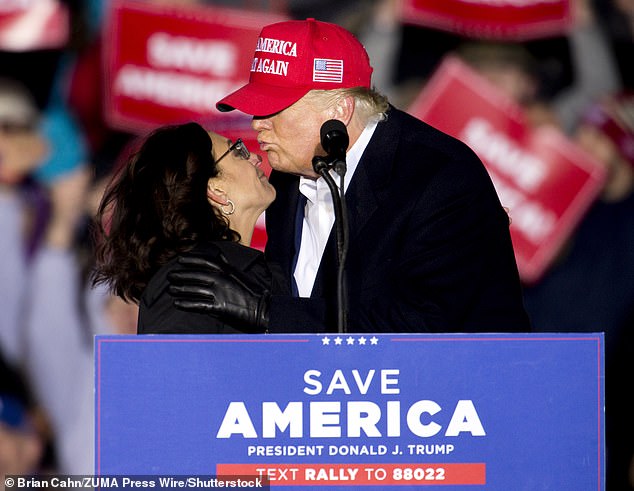 Former President Donald Trump’s (right) embrace of Katie Arrington (left) still didn’t help her unseat Rep. Nancy Mace, who was critical of the ex-president after January 6, but pressed to voters that they were politically aligned

The biggest prize for Trump will be taking out Rep. Liz Cheney in Wyoming’s primary in August. She’s the top Republican lawmaker on the House select committee on January 6.

But Fry got the coveted endorsement of Trump in February, and the president appeared alongside Fry in a Florence, South Carolina rally in March.

In South Carolina, candidates need to get to 50 percent plus one in order to avoid a run-off.

Mace criticized Trump after the January 6 Capitol attack, but more recently filmed a campaign video in front of Trump Tower reinforcing that they were politically aligned. 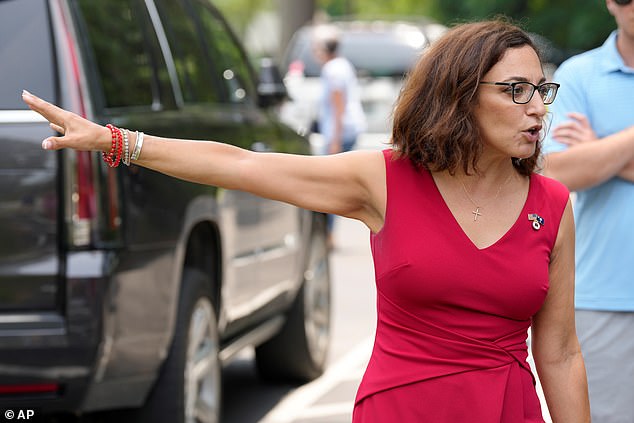 That didn’t matter to the ex-president who backed Arrington, despite the fact that she lost the district to a Democrat in the 2018 midterms.

‘Don’t forget that Katie Arrington, a wonderful person, is running against the terrible Nancy Mace, who really let us down,’ Trump said in a statement Sunday ahead of election day.

‘Nancy fights Republicans all the time and is not at all nice about it. Frankly, she is despised by almost everyone, and who needs that in Congress, or in the Republican Party?’ the ex-president asked.

In the past, Mace has publicly feuded with Republican Rep. Marjorie Taylor Greene, a top Trump acolyte.

But a number of Republicans feared that if Arrington won the seat it would again be lost like it was four years ago when Democratic Rep. Joe Cunningham beat Arrington, turning the Charleston-adjacent district blue for the first time since 1981.

Flores’ win makes her the first Mexican-born American to serve in the U.S. House. 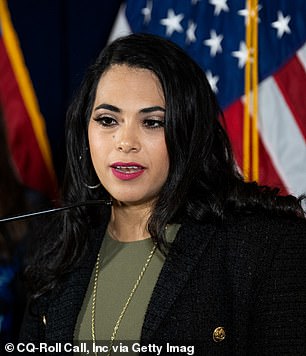 Democrat Dan Sanchez lost a special election to Republican Mayra Flores for Texas’ 34th Congressional District. Flores will only be in the seat through January, however, with the district much friendlier to Democrats when Flores and Rep. Vicente Gonzalez face-off on the November ballot

Democratic Rep. Filemon Vela Jr. had announced that he would retire from Congress after this term, but in March said he would be leaving his seat early to go work for Akin Gump, a law and lobbying firm, which triggered the special election.

The election is only to fill the seat until the end of Vela’s term, which ends in January.

And while Republicans will likely point to the race as an indicator that the Democrats are doomed in November, that particular district becomes far friendlier to Democrats thanks to the new boundaries drawn due to reapportionment.

Flores is the Republican nominee to run in November as well, but Sanchez is not – instead Democratic Rep. Vicente Gonzalez won the Democratic primary and will appear on the ballot.

Gonzalez, who has been in Congress since 2017, changed district when redistricting made his 15th Congressional District more competitive.

Voters in Nevada also went to the polls Tuesday.

Laxalt – who co-chaired Turmp’s 2020 campaign in Nevada –  announced a lawsuit in the aftermath of the 2020 election falsely claiming there were thousands of improper votes cast in Nevada.

Brown has been running to the right of Laxalt arguing to voters that the attorney general didn’t do enough to help Trump contest the race.

Another 2020 election denier, Jim Marchant, will likely win the GOP nomination for Nevada secretary of state.

The winner of the Republican Senate primary will likely face incumbent Democratic Sen. Catherine Cortez Masto, considered one of the most endangered members of her party this year.