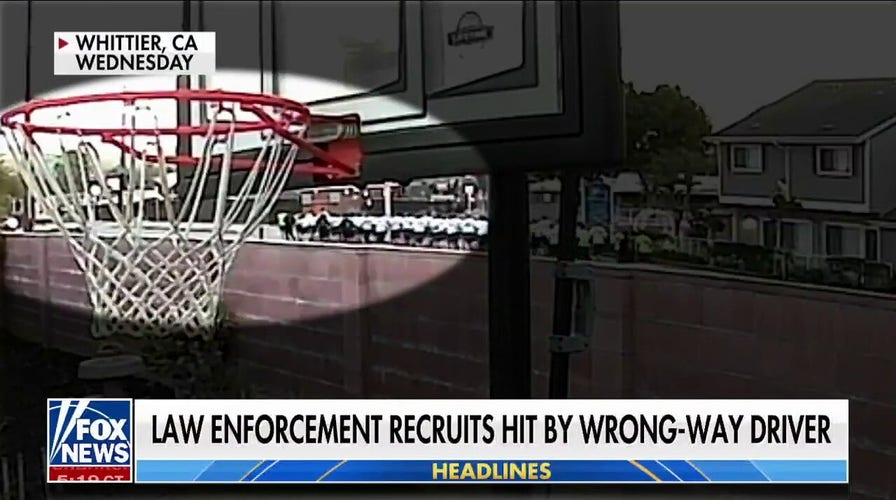 "Fox & Friends First" host Carley Shimkus reports on the incident where a wrong-way driver slammed into a group of California police recruits, with five in critical condition.

Nicholas Joseph Gutierrez, 22, was arrested around 3:15 p.m. Wednesday, hours after he careened a dark-colored SUV into a pack of Los Angeles County Sheriff’s Department recruits, the LASD announced in an email Thursday. He has since been charged with attempted murder on a peace officer, with “additional charges pending,” the LASD said.

The sheriff’s department did not specify the number of criminal counts for which he was charged. No bail has yet been granted. 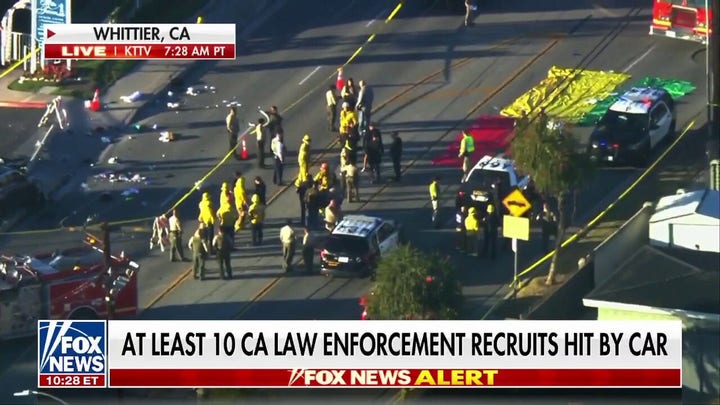 Gutierrez is being held in an LASD facility in Norwalk and is due to appear before a judge around 8:30 a.m. Friday.

On Wednesday, Sheriff Alex Villanueva said 75 recruits from Sheriff’s Academy Class 464 were running near the intersection of Mills Avenue and Telegraph Road in Whittier, California, just before 6:30 a.m. when they were struck. The group was running with a pair of safety vehicles, and some runners were wearing reflective vests. 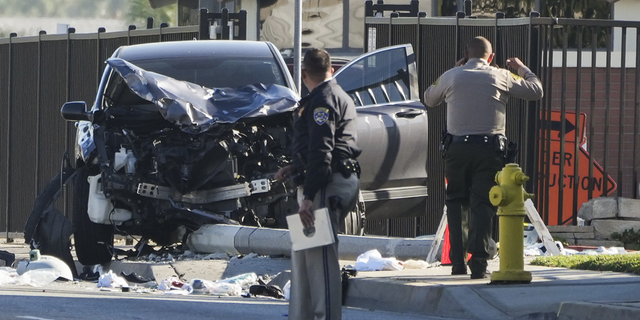 The SUV then plowed into a light pole before coming to a stop.

MORE THAN 20 POLICE RECRUITS INJURED AFTER DRIVER PLOWS INTO GROUP

“It happened so quickly that just the people that just saw it veer into them, they jumped out of the way, but the people behind had no chance because they never saw it,” Villanueva said. “They didn’t have that sufficient warning.” 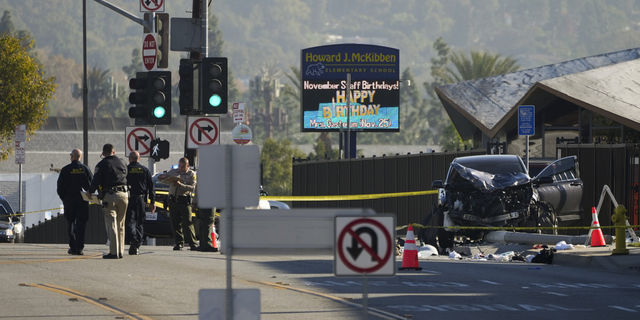 The motive for the collision in Whittier, California, remains under investigation by the California Highway Patrol.
(AP/Jae C. Hong)

“There were so many bodies scattered everywhere in different states of injuries,” he said.

Gutierrez allegedly had a blood-alcohol content of zero, and a field sobriety test was negative for obvious impairment. Information regarding any drugs in his system was not immediately available.

Several recruits suffered injuries that varied from broken bones to head trauma and the “loss of limb.” As of Wednesday, five were critically injured.

The LASD did not immediately respond to Fox News Digital’s request for information related to the victims’ conditions.

The California Highway Patrol is also investigating the collision. Those with any information related to the incident should call the Los Angeles County Sheriff’s Department’s Homicide Bureau at 323-890-5500.