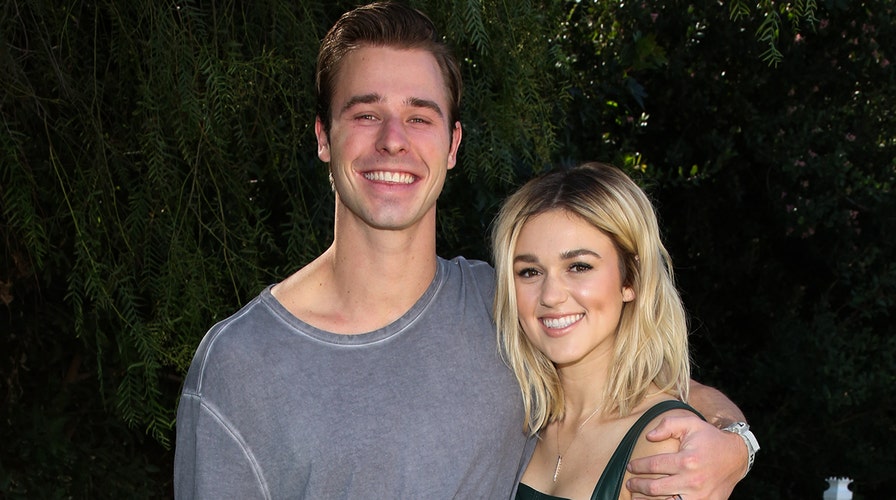 Sadie Robertson on how faith has guided her through fame, marriage and the pandemic

The reality TV star became a public figure when she was just a young teenager.

Reality TV star and author Sadie Robertson and her husband Christian Huff are expecting their second baby together.

The couple shared the happy news with their fans on Thursday. The Instagram post featured a family photo of Robertson, Huff and their 1-year-old daughter Honey sitting on the steps in front of a house, with Robertson holding photos from her ultrasound.

“Another little miracle is in motion,” she captioned the post.

Robertson hinted her baby is due sometime in May when she shared the announcement on her Instagram story with the caption, “SURPRISE, another little May baby on the way.” 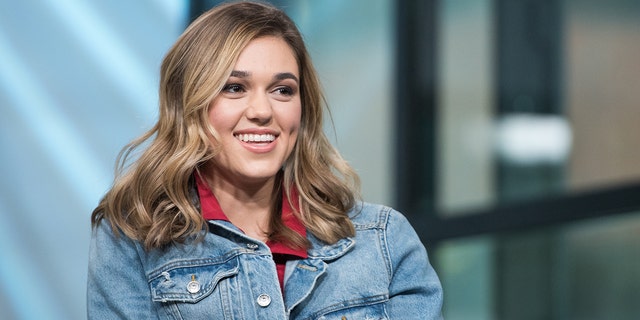 Robertson gave birth to her first child in May 2021, in what she would later recall as slightly scary due to a complication that came up in which Honey’s shoulder was stuck for over two minutes. She recalled feeling helpless and scared in that moment.

SADIE ROBERTSON ON HOW FAITH HAS GUIDED HER THROUGH FAME, MARRIAGE AND THE PANDEMIC

“Her umbilical cord was stuck, it was clamped in her neck and she wasn’t getting oxygen,” she told E! News. “And it was just so very, very scary and I felt really afraid and just kind of helpless, like I couldn’t really do anything. And then all of a sudden it was so crazy, that song ‘Million Little Miracles’ came on and it was just the most amazing feeling. It was like all of a sudden there was just peace in the room and Honey came out.”

Robertson and her family first came to the public’s attention through the A&E show “Duck Dynasty,” which focused on their family business Duck Commanders ran by her dad, Willie Robertson. The series ran for 11 seasons and launched Sadie, and the rest of her family, into stardom.

In 2014, she competed on season 14 of “Dancing With the Stars” at the age of 17, finishing in second place. Later that year, Robertson wrote “Live Original,” which focused around faith.

The book was such a success, in 2016 she turned it into the Live Original Tour, which focused on preaching self-confidence and faith to a wider audience and is all about “encouraging young adults to be the person God made them to be,” according to the Live Original website. The tour was a massive success and hit 45 cities and has led to other tours and speaking engagements. 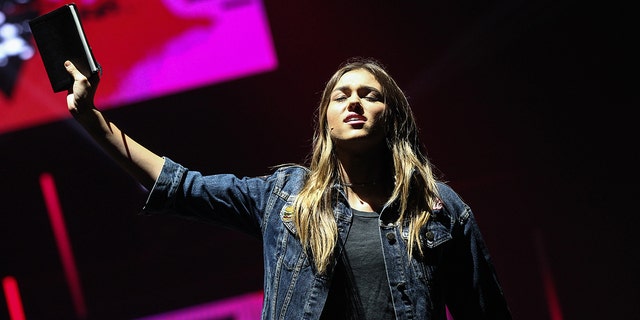 Robertson launched the Live Original Tour in 2016 after the success of her book with the same title.
(Terry Wyatt/Getty Images for Essential Broadcast Media)

Robertson has since gone on to write three more books, including “Live Fearless,” “Live: Remain Alive, Be Alive at a Specified Time, Have an Exciting or Fulfilling Life” and “Who Are You Following?: Pursuing Jesus in a Social-Media Obsessed World.” These books all discuss the topic of faith and how it can help individuals deal with the hardships that come with life.

Huff and Robertson met in 2019 when they were both in Florida, and Robertson told People in 2019 she initially was trying to stay away from him because she didn’t want to be in a relationship at the time. They met at a crab hunting adventure with his family due to the fact that her sister Bella was friends with Huff’s brother. 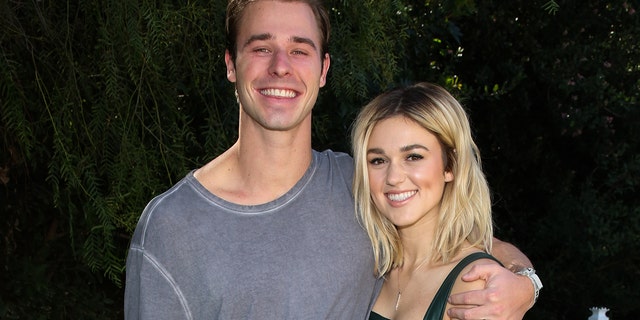 Robertson and Huff met in 2019 and started dating, despite Robertson’s initial attempts to avoid him.
(Paul Archuleta/Getty Images)

“So we’re just running around being silly, and they showed up and Christian was with them. And I was like, ‘Oh, hello there.’ He was so cute,” Robertson told People. “I was like, shoot. So, I actually tried to avoid him for most of the night because I did not want to get in a relationship, and I was like, ‘He is too cute to talk to and not want to date.’ So it was kind of funny.”