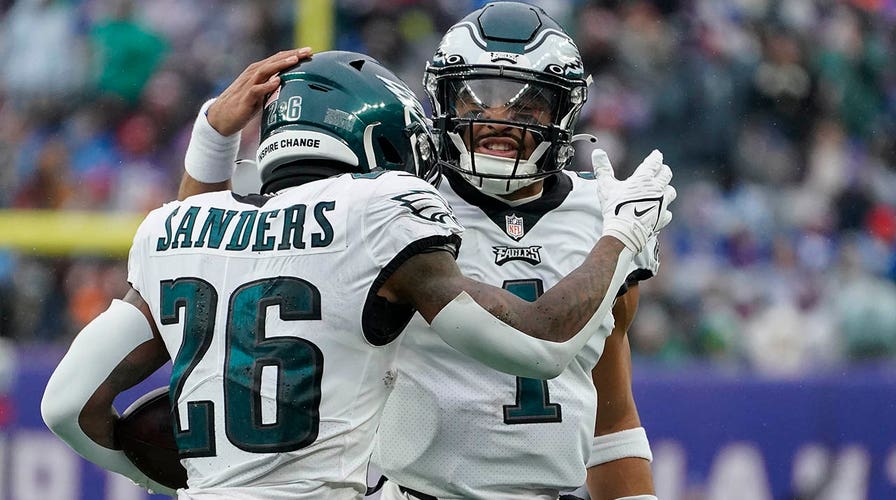 For the last few weeks, Philadelphia Eagles quarterback Jalen Hurts has put up stat lines that moved him into the upper echelons of NFL quarterbacks and nothing really changed against the New York Giants.

Hurts helped the Eagles clinch a 48-22 victory over their NFC East rivals on Sunday. Philadelphia clinched a playoff spot with the victory and Hurts entered an exclusive club of one. 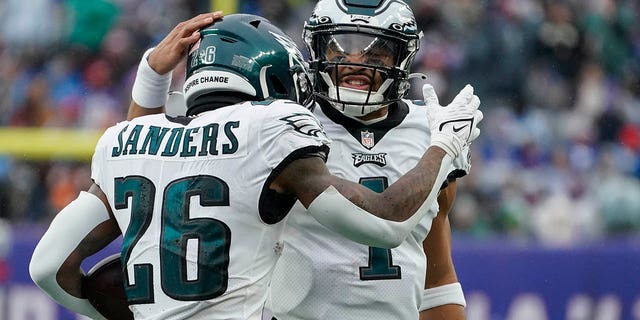 He was 21-for-31 with 217 passing yards and two touchdown passes. He added 77 yards on the ground with a rushing touchdown in the third quarter. The rushing touchdown marked his 10th on the season and ESPN Stats & Info noted he became the first quarterback in NFL history with 10 rushing touchdowns in back-to-back seasons.

Michael Vick, Lamar Jackson, Steve Young and Randall Cunningham – some of the quarterbacks known for putting defenders on skates with their own running abilities – never had 10 rushing touchdowns in a single season. For Hurts, it was just another Sunday while also elevating his MVP resume.

Philadelphia took a 24-7 lead at halftime and never looked back. The defense sacked Giants quarterback Daniel Jones four times and backup Tyrod Taylor three times in the game. Brandon Graham had three of those sacks alone to complement the offense. 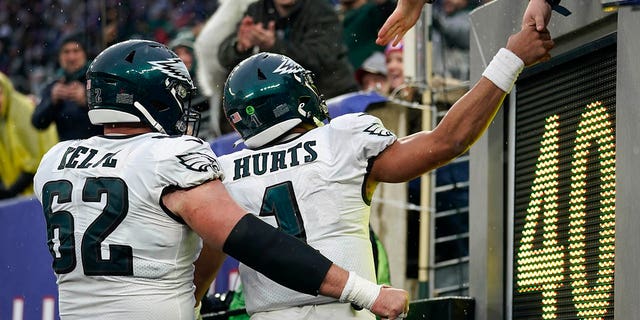 New York failed to get anything going on offense. 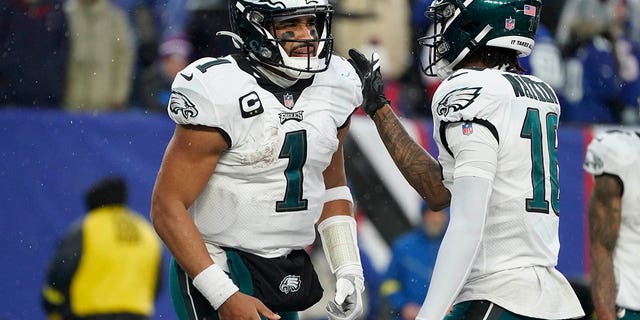 Philadelphia will be back in the playoffs as they moved to 12-1 on the season and 6-0 on the road. New York fell to 7-5-1 and are watching their own playoff hopes slip away.