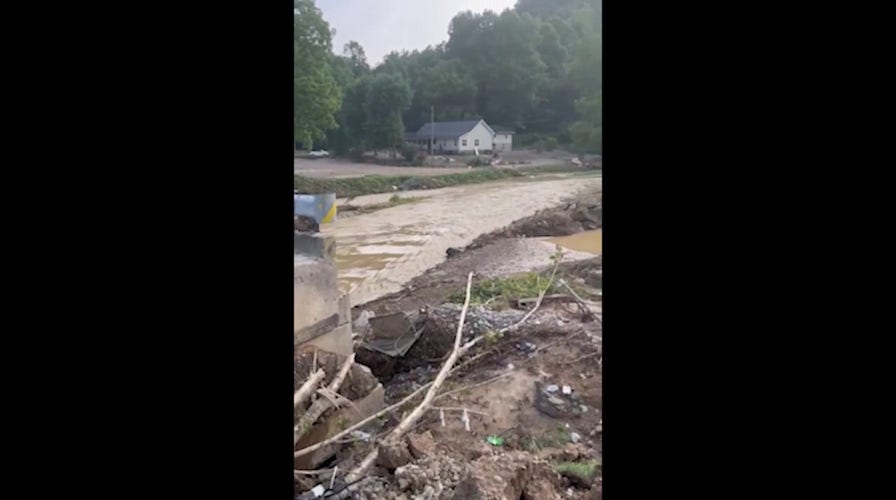 Video has emerged showing the scenes of devastation in eastern Kentucky following the deadly flash flooding that swept through the region last week.

The footage, captured in communities around the city of Hazard, shows toppled homes, a washed-away bridge and debris scattered along roadways.

“I think when it all clears out there’s going to be a lot more damage than we realize,” Julian Chitwood, a resident of Hazard who has lived in the area for more than 10 years, told FOX Weather.

The network reports that more than a dozen bridges in the Hazard area have been damaged as a result of the flooding, which so far has left at least 37 people dead.

KENTUCKY FLOODING DEVASTATION ‘NOTHING LIKE I’D EVER SEEN BEFORE,’ WOLFE COUNTY SEARCH AND RESCUE CHIEF SAYS 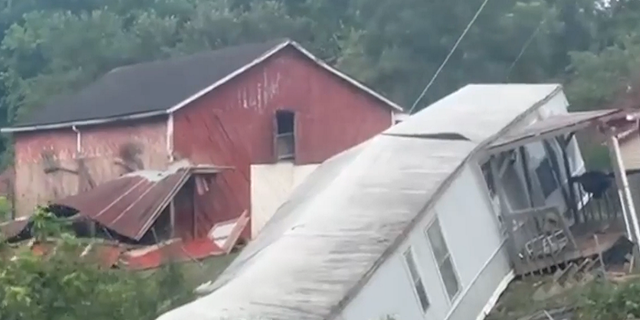 A home is shown toppled in eastern Kentucky following deadly flooding that has killed 37 in the state. (@MarcoPatriotsHQ / Local News X / TMX)

Meanwhile, temperatures are expected to soar on Wednesday in eastern Kentucky, including in places without electricity.

The rising heat and humidity meant heat index values near 100 by midday, a steam bath that will continue through Thursday evening, the National Weather Service said. 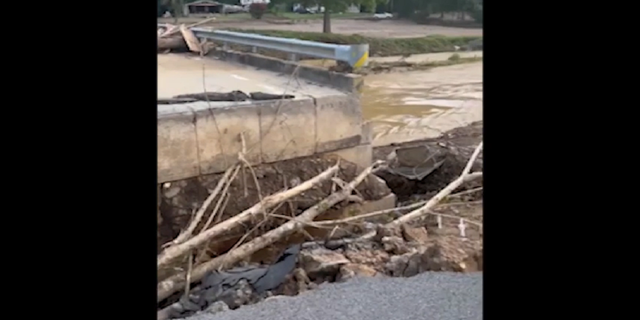 A dozen bridges in the area of Hazard, Ky., have been damaged, FOX Weather reports. (@MarcoPatriotsHQ / Local News X / TMX)

More than 400 National Guardsmen have been deployed across the disaster area, according to Kentucky Gov. Andy Beshear.

More than 1,300 people have been rescued, and crews were still trying to reach some people who remain cut off by floods or mudslides. Emergency shelters housed hundreds of residents who had homes destroyed or damaged. 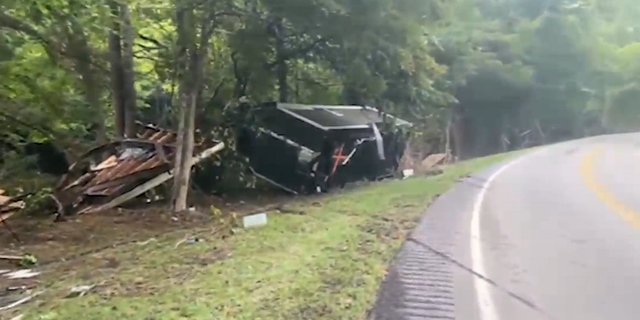 A trailer and other debris is seen strewn along a road in eastern Kentucky. (Credit: @MarcoPatriotsHQ / Local News X / TMX)

President Biden declared a federal disaster to direct relief money to counties flooded after 8 to 10.5 inches of rain fell in just 48 hours last week in the Appalachian mountain region.