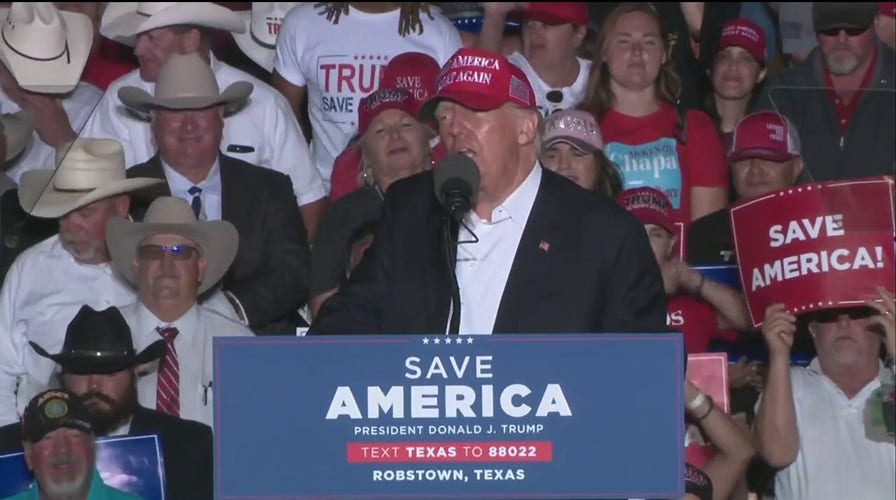 Trump teases 2024 presidential run: ‘I will probably have to do it again’

Former President Donald Trump discusses his potential presidential run in 2024 at a ‘Save America’ rally in Robstown, Texas.

The preseason is over and the next White House race is officially underway.

After more than a year and a half of early moves in the 2024 presidential election cycle, the starting gun has been fired with the conclusion of Tuesday’s midterm elections.

And one of the biggest and most heavily anticipated moves in the burgeoning presidential race is expected to happen next week.

At a rally in Ohio on the eve of the midterms, former President Donald Trump teased that “I’m going to be making a very big announcement on Tuesday, Nov. 15” at his Mar-a-Lago resort in Palm Beach, Florida. 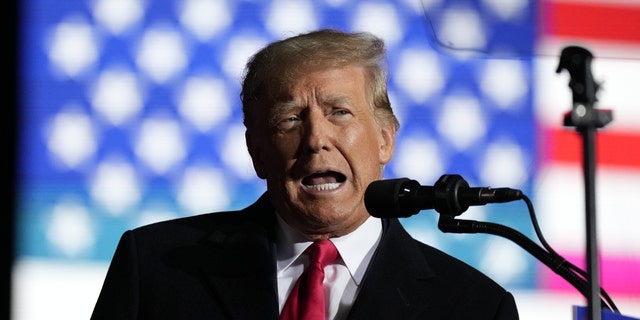 Former President Donald Trump speaks during a rally at Dayton International Airport in Vandalia, Ohio, on the eve of the midterm elections.
(Drew Angerer/Getty Images)

Trump told Fox News and a handful of other news organizations on board his 757 airliner late on Monday night that “I didn’t want to interfere,” suggesting a likely formal announcement on 2024 would have distracted from the midterms.

True to form, Trump touted the successes of the candidates he backed in the midterm elections.

“174 wins and 9 losses, A GREAT EVENING,” the former president exclaimed on Truth Social, his social media site, on Tuesday night.

However, in high-profile statewide races involving nominees Trump boosted to victory in Republican primaries, it was more of a split decision in the general election.

Trump reveled in JD Vance’s Senate victory in Ohio, as well as three of other Senate triumphs by Rep. Ted Budd of North Carolina, Katie Britt in Alabama and state Attorney General Eric Schmitt in Missouri.

The former president held court as the election results poured in at a midterms party at his Mar-a-Lago club that included some of the biggest names in Trump’s “Make America Great Again” world.

Putting a damper on the evening, though, was an incoming tropical storm barreling toward Florida’s Atlantic coast — and disappointing results for Republicans from coast to coast.

Additionally, the mixed results for his endorsed candidates was vastly overshadowed by the powerful re-election performance of Florida Gov. Ron DeSantis, a potential 2024 Republican rival.

Trump, who has taken a couple of shots at DeSantis in recent days, noticeably did not congratulate DeSantis during his election night comments. 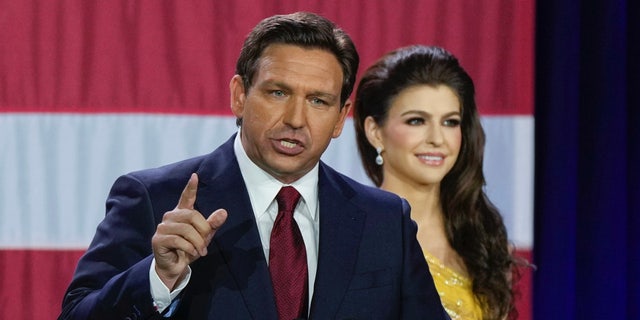 DeSantis, at his victory celebration, was serenaded with chants of “two more years” by supporters encouraging the governor to run for the White House before finishing the second term he just won.

Pushing back against the media narrative, a Trump spokesman touted to Fox News that “it was a big night for President Trump’s candidates.”

And sources close to the former president discounted criticism the performance of Trump-endorsed candidates and said that next week’s Mar-a-Lago announcement was still very much on track.

Longtime GOP consultant David Kochel, a veteran of numerous presidential campaigns, told Fox News that it appears that “Trump is going to push his chips on the table within a week or two after the midterms, and then we’re off to the races.”

Trump has been constantly flirting with making another presidential run since leaving the White House in January 2021. At rallies across the nation in support of his endorsed GOP candidates in recent months, Trump has discussed the potential for a 2024 run and has repeatedly said, “I may have to do it again.” The former president has also repeatedly made unproven claims that his 2020 election loss to now-President Biden was due to “massive voter fraud.”

Nearly two years after his re-election defeat, Trump remains hands-down the most popular and influential politician in the Republican Party and also the most ferocious fundraiser, holding immense sway over legions of grassroots donors. And poll after poll indicates that Trump would start out as the overwhelming front-runner for the GOP nomination. 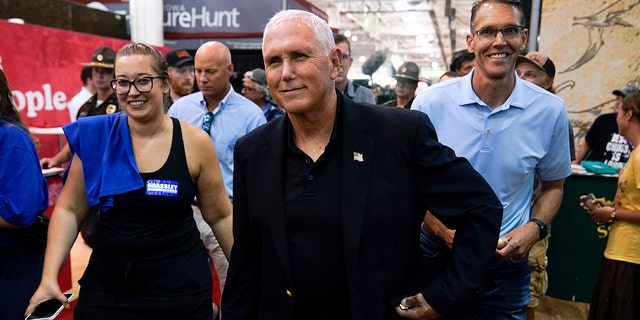 Besides a potential Trump announcement, the week after the midterms will also see the first real Republican 2024 cattle calls.

FIRST ON FOX: GET READY FOR THE FIRST MAJOR 204 GOP PRESIDENTIAL CATTLE CALL

Up first is the Republican Governors Association’s annual winter meeting, which is being held this year near Orlando, Florida. Among those attending who have said they’re mulling a White House bid or who are viewed by political prognosticators as potential contenders are DeSantis and Govs. Glenn Youngkin of Virginia, Kristi Noem of South Dakota and Hogan, as well as Govs. Chris Sununu of New Hampshire, Asa Hutchinson of Arkansas and Pete Ricketts of Nebraska.

At the end of the week, as first reported by Fox News late last month, 11 GOP politicians whom pundits view as potential or likely contenders for the 2024 GOP presidential nomination will attend the Republican Jewish Coalition’s (RJC) annual leadership meeting in Las Vegas.

One potential contender has already dropped out.

FIRST ON FOX: TOM COTTON EXPLAINS WHY HE’S PASSING ON A 2024 RUN

Sen. Tom Cotton of Arkansas said Monday that “family was really the only consideration” in his decision not to seek the presidency in the 2024 cycle.

“This is not the right time for our family for me to commit to a six- to seven-day a week campaign for the next two years,” Cotton told Fox News in his first interview since the news broke on Sunday that the Army combat veteran and rising GOP star took himself out of the running.

It appears that not everyone is ready for the action to begin.

Asked whether it’s a good idea for Trump or any other potential 2024 contender to announce so soon after the midterm, and if Trump would clear the GOP presidential nomination race, Sununu told Fox News on Tuesday, “I don’t think anyone really cares, and he does not clear the field. No. Anyone who wants to run is still going to run.” 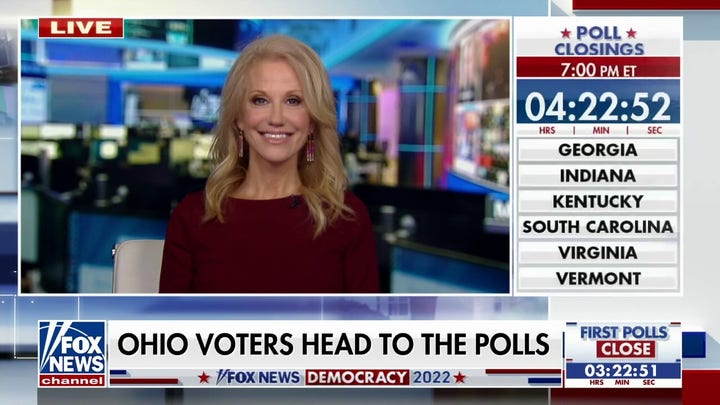 And the popular New Hampshire governor emphasized that “anyone who thinks it’s a smart idea to announce a… potential presidential bid after the election but before Christmas, it’s just the worst time you could possibly do it. My sense is the former president needs better advisers if that’s what his strategy is going to be”

Kochel noted that Trump is “clearly the heavyweight. He’s the Bigfoot in the field.”

But he added that the former president “is not going to clear the field. He’s going to accelerate people’s timelines for deciding whether they go or not go. I think you’ll have some people who say they won’t run because Trump’s in. He’s going to have one or more serious challengers who are going to make a run at him.”

And Kochel said, “I would imagine by the end of the first quarter of 2023 we’ll probably know who’s really going to get in.”