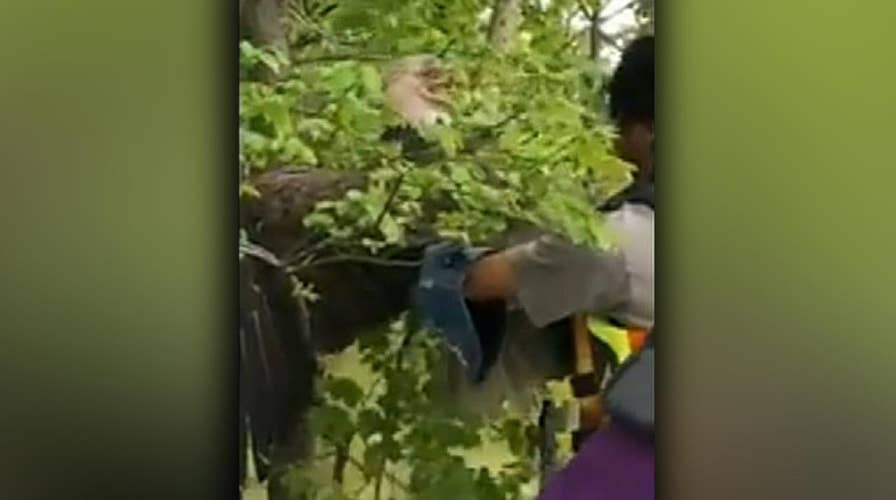 Raw video: Rehab team with the World Bird Sanctuary rescues an injured bald eagle trapped in a flooded area of Portage Des Sioux, Missouri after receiving a tip from a passerby.

For the first time in over a century, the critically endangered birds can be seen flying over Northern California’s redwoods.

The large birds first went absent from their native redwoods in 1892.

QUIZ: NAME THAT BIRD! CAN YOU MATCH THESE BEAUTIFUL BIRDS WITH THEIR CORRECT NAMES?

But the local Yurok Tribe successfully reintroduced four condors back into the ecosystem just last week.

The first pair was released on May 3, 2022, in Redwood National and State Parks, according to a U.S. Fish and Wildlife report, which reclaimed a “significant part of their former historic range.” 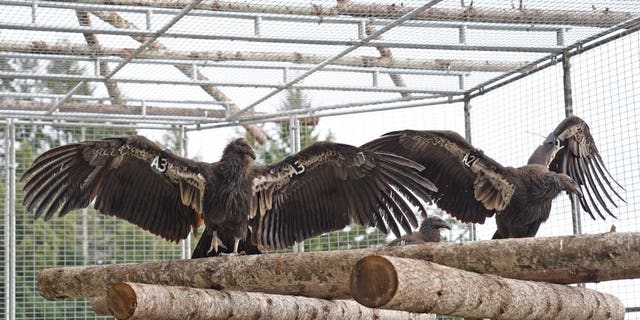 All four birds are between two and four years old, which is the age they’d typically become independent of their parents.

The California condor is the largest flying bird in North America, according to National Geographic. 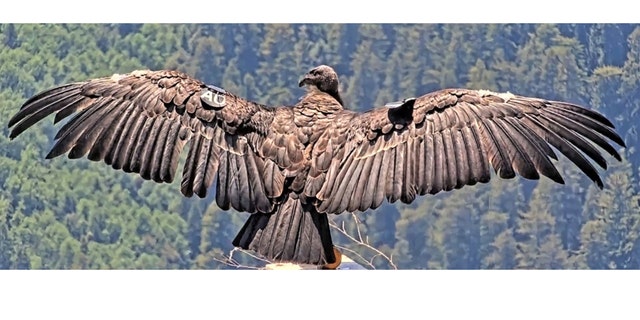 The body of an average condor can measure up to 4.5 feet tall and the wingspan up to 10 feet wide.

Condors are carnivorous, primarily feasting off the carcasses of dead mammals — and can weigh up to 31 pounds.

HAWAII’S THREATENED SPECIES: WHAT TO KNOW ABOUT PROTECTED WILDLIFE ON THE ISLANDS

In flight, the condor can fly up to 15,000 feet high, traveling dozens of miles a day to scout out food. 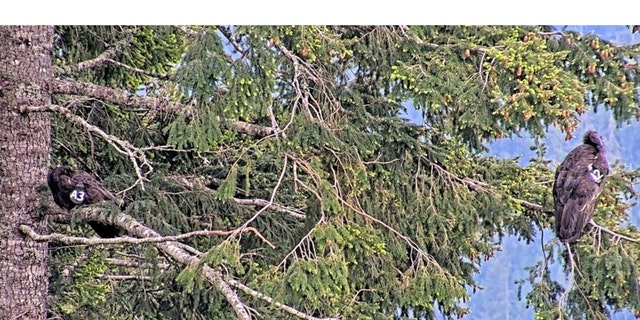 Yurok Wildlife Department Director Tiana Williams-Claussen explained in a statement that the condors have been a top priority for restoration since 2003, due to the Yurok’s “deep cultural connection” to the birds.

Organizations such as U.S. Fish and Wildlife and the National Park Service supported nearly two decades of planning and execution.

“Condor reintroduction is a real-life manifestation of our cultural commitment to restore and protect the planet for future generations,” Yurok Tribe chairman Joseph L. James said in a statement. 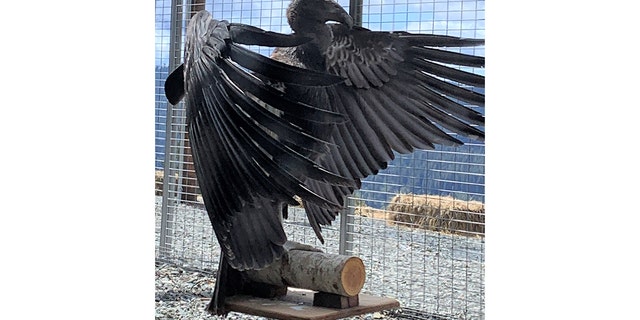 California condor named Hlow Hoo-let released in Northern California. The bird was the last to join the cohort with his friends, who together will take flight toward reestablishing a California condor population in the Pacific Northwest. (Courtesy Yurok Tribe)

“It is a historical moment in the Yurok Tribe, as we introduce our condors back home, providing that balance for us. Our prayers are answered.”

“The return of the condors to the skies over the Redwoods represents a significant milestone in the restoration of this magnificent forest to its former glory.”

It will take several years for the birds to begin reproducing — but U.S. Fish and Wildlife says it feels confident about the team’s future reintroduction model.

The Northern California Condor Reconstruction Program, made up of experts from the Yurok Tribe and Redwood National Park, will monitor the foursome from a brand-new management facility near the Klamath River.

“The return of the condors to the skies over the Redwoods represents a significant milestone in the restoration of this magnificent forest to its former glory,” Redwood National and State Park Superintendent Steve Mietz said in a statement.

“This project is a model for listening to and following the lead of the park’s original stewards, healing both our relationship with the land and its original people,” he said.