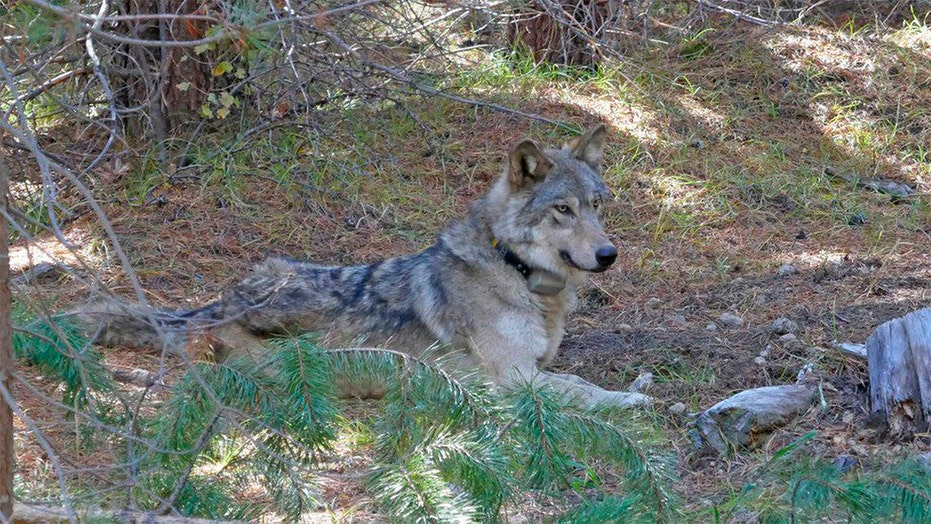 An endangered gray wolf that wandered almost 9,000 miles while looking for a mating partner or another pack was found dead on Wednesday, according to the California Department of Fish and Wildlife. `

The wolf had been equipped with a radio-tracking collar and was given the designation OR-54, The Associated Press reported. It was estimated to be between 3 and 4 years old. The wildlife agency was unable to determine the exact cause of death.

In 2018, another endangered wolf, with the designation OR-59, was found dead after being shot. That death is also unresolved.

It is illegal to take, shoot, injure or kill gray wolves due to their endangered status. The federal crime carries a penalty of up a year in jail and a $100,000 fine.

The nonprofit Center for Biological Diversity said fewer than 12 wolves are known to be alive in the state now.

Amaroq Weiss, a West Coast wolf advocate at the Center for Biological Diversity, told The AP that the wolf recovery in California has experienced a major setback with the death of OR-54.

“This is a tragic development for the early stages of wolf recovery in California,” she said.

“Like her dad, the famous wolf OR-7 who came to California years ago, OR-54 was a beacon of hope who showed that wolves can return and flourish here. Her death is devastating, no matter the cause," Weiss added.