US oil giants post blowout earnings: Exxon earned more than $2,200 every SECOND last quarter with profit of $17.9B while Chevron’s income hit $11.4B as gas prices for Americans reached record highs last month

Exxon outpaced its rivals with second-quarter net income of $17.9 billion, several billion dollars ahead of its previous record in 2012 and tantamount to profits of $2,270 every second of every day.

Chevron made a record $11.62 billion in profit on quarterly sales totaling $65 billion.

The oil industry has been booming in recent months as prices for its products soared following Russia’s invasion of Ukraine.

But for consumers, the result has been painfully high gas prices, which set a record of more than $5 per gallon last month before easing back down in recent weeks. 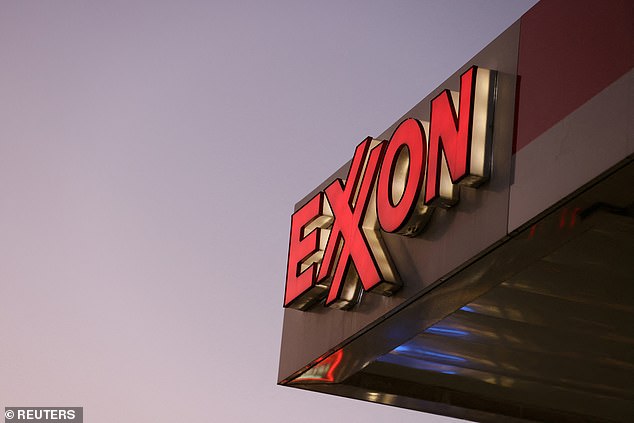 Exxon outpaced its rivals with second-quarter net income of $17.9 billion, several billion dollars ahead of its previous record in 2012 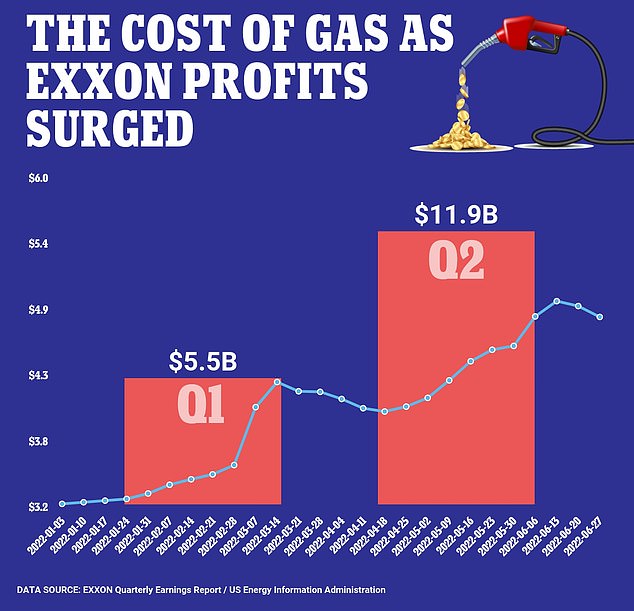 Surging oil prices have boosted Exxon’s profits, but also raised the price of gas for drivers 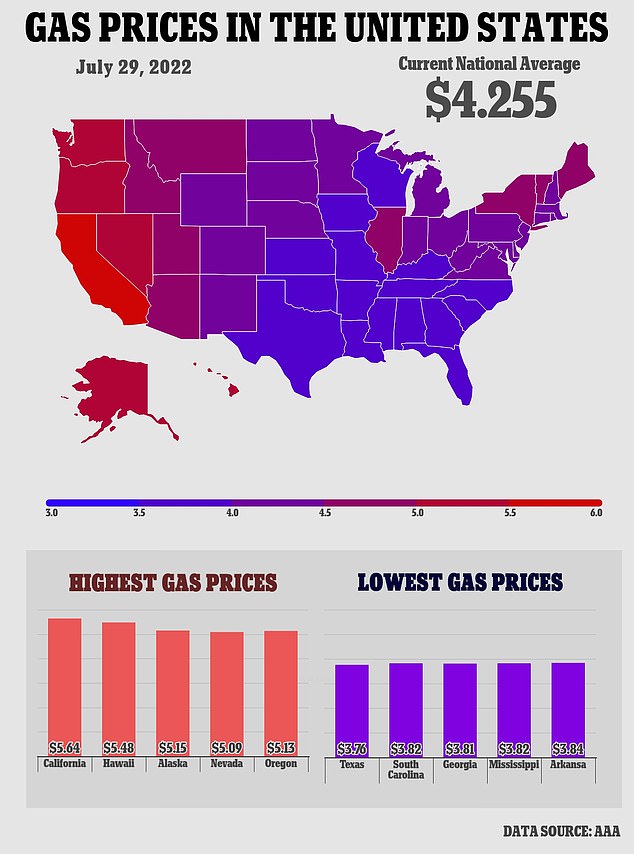 Soaring energy prices have rattled consumers and become a heated political flashpoint ahead of the key midterm elections.

Biden’s critics argue that his policies have constrained US oil production, forcing American to rely more on foreign imports and contributing to higher global prices.

In the US, the average price of regular gasoline was $4.26 per gallon on Friday, according to AAA.

It marked relief from the record average of $5.02 set last month — but a gallon of gas is still 34 percent more expensive than it was a year ago.

Exxon and Chevron, along with UK-based Shell and France’s TotalEnergies, combined to earn nearly $51 billion in the most recent quarter, almost double what the group brought in for the year-ago period.

All four have ramped up share buybacks in recent months, capitalizing on high margins derived from selling oil and gas. The fifth major oil company, BP, reports next week. 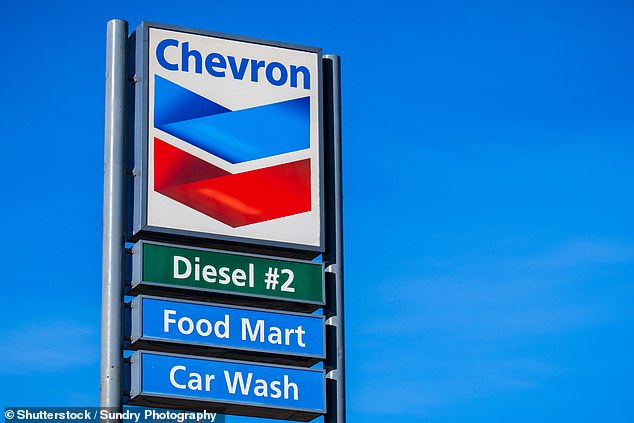 Chevron made a record $11.62 billion in profit on quarterly sales totaling $65 billion

The companies posted strong results in their production units, helped by the surge in benchmark Brent crude oil futures , which averaged around $114 a barrel in the quarter.

High crude oil prices can cut into margins for integrated oil majors, as they also bear the cost of crude used for refined products.

However, following Russia’s invasion of Ukraine and numerous shutdowns of refineries worldwide in the wake of the coronavirus pandemic, refining margins exploded in the second quarter, outpacing the gains in crude, adding to earnings.

‘The strong second-quarter results reflect a tight global market environment, where demand has recovered to near pre-pandemic levels and supply has attritted,’ said Exxon Chief Executive Darren Woods, in a call with analysts. ‘Growing supply will not happen overnight.’

The results from the majors are sure to draw fire from politicians and consumer advocates who say the oil companies are capitalizing on a global supply shortage to fatten profits and gouge consumers.

Earlier this month, Britain passed a 25 percent windfall tax on oil and gas producers in the North Sea. U.S. lawmakers have discussed a similar idea, though it faces long odds in Congress.

A windfall tax does not provide ‘incentive for increased production, which is really what the world needs today,’ said Exxon Chief Financial Officer Kathryn Mikells, in an interview with Reuters. 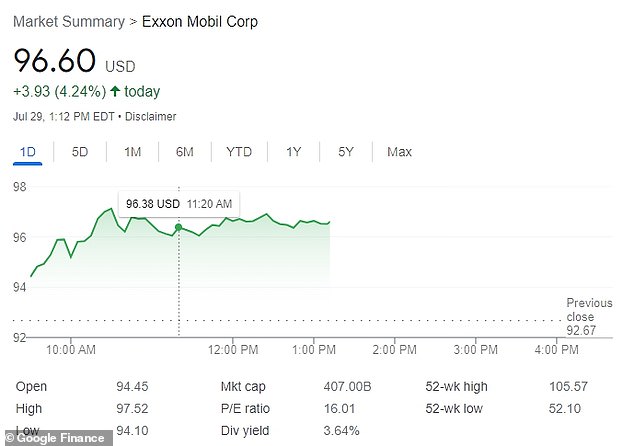 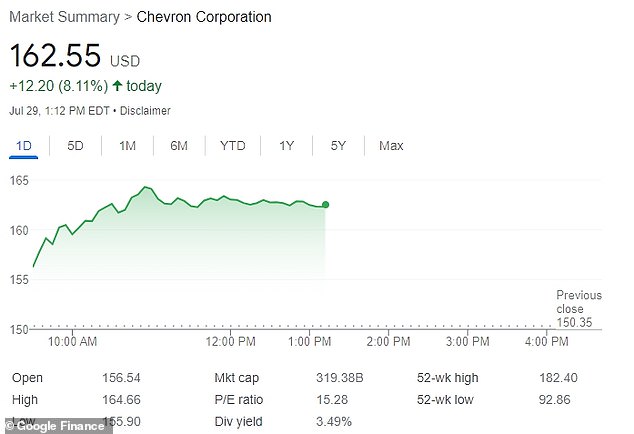 The companies say they are merely meeting consumer demand, and that prices are a function of global supply issues and lack of investment.

The majors have been disciplined with their capital and are resisting ramping up capital expenditure due to pressure from investors who want better returns and resilience during a down cycle.

‘In the short term (cash from oil) goes to the balance sheet. There’s no nowhere else for it to go,’ Chevron CFO Pierre Breber told Reuters.

Worldwide oil output has been held back by a slow return of barrels to the market from the Organization of the Petroleum Exporting Countries and allies, including Russia, as well as labor and equipment shortages hampering a swifter increase in supply in places like the United States.

Exxon earlier this year more than doubled its projected buyback program to $30 billion through 2022 and 2023.

Shell said it would buy back $6 billion in shares in the current quarter, while Chevron boosted its annual buyback plans to a range of $10 billion to $15 billion, up from $5 billion to $10 billion.