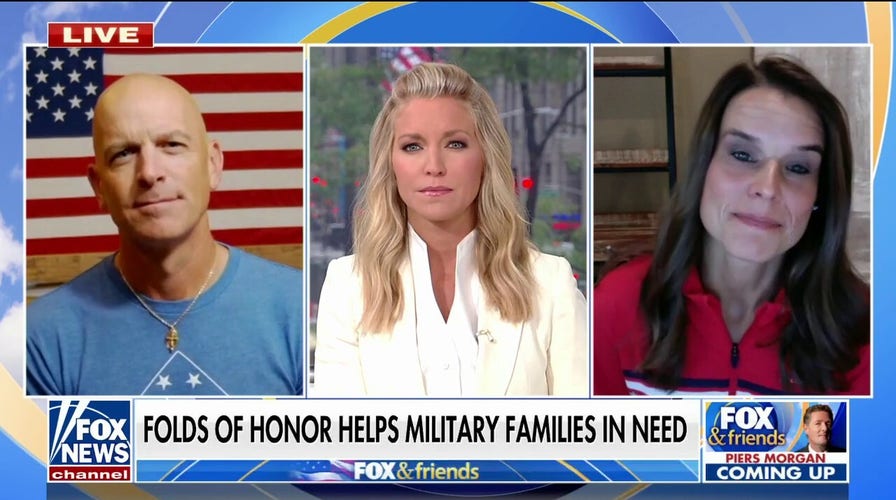 Meet Folds of Honor, a foundation built around supporting the families of fallen or disabled service members and first responders.

Folds of Honor started 15 years ago above a garage in Broken Bow, Okla. with the mission of supporting families of fallen or disabled service members.

Now, the foundation is expanding its reach to support the families of fallen first responders.

CEO and Founder of Folds of Honor Lt. Col. Dan Rooney joined “Fox & Friends” on Monday morning to discuss the extended mandate of the foundation. 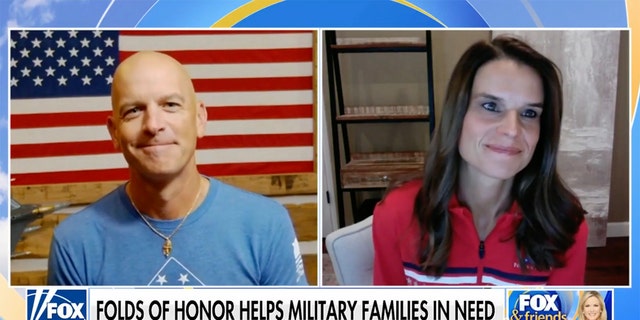 Folds of Honor is adding a new scholarship fund for the families of fallen first responders. Lt. Col. Dan Rooney (above left) appeared on "Fox and Friends" on Monday morning to announce the new scholarship winners. Gracie Parrish Miller (above right) was thrilled to learn that her two daughters are now scholarship recipients. (Fox News)

With roughly 240 million 911 calls placed each year, said Rooney, first responders are constantly out and about as they ensure the safety for Americans while also putting their own lives as risk.

“The need to help first responders is dramatic,” he said.

Gracie Parrish Miller, the widow of Deputy Zack Parrish, joined the conversation to discuss her own experience being a first responder wife.

Parrish was working on New Year’s Eve in 2017 when he was ambushed.

Miller awoke early the next morning to the news that she had become a widow. 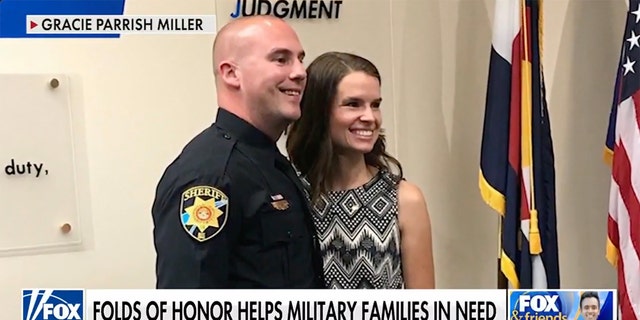 Gracie Parrish Miller awoke on New Year’s Day in 2018 to learn that she had lost her husband.  (Fox News)

“My life just changed in a moment and everything ahead of me was suddenly gone, and I was alone raising two little girls,” she said on Monday morning.

With the new task of raising 4-year-old and 16-month-old girls alone, Miller, 29 years old at the time, said her world was rocked.

Rooney went on to announce a new scholarship fund from Folds of Honor specifically for the families of fallen first responders.

“This is God’s mission. He calls us to take care of widows and orphans with the greatest frequency in the Bible and that is what we’re doing at Folds of Honor,” he said. 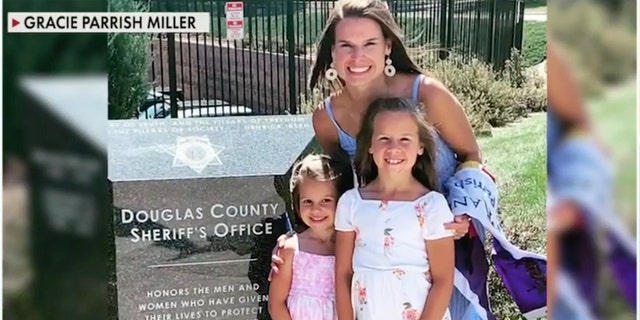 At the time of her husband’s passing, Gracie Parrish Miller was 29 years old with 4-year-old and 16-month-old daughters.  (Fox News)

“It’s such an incredible gift to know that I don’t have to do this alone,” the mom of two said.

Those who wish to donate to the ongoing scholarship fund can visit Foldsofhonor.org.

The foundation has a $13 per month donation option, which represents the 13 folds of the American flag, giving it its iconic shape, noted Rooney.