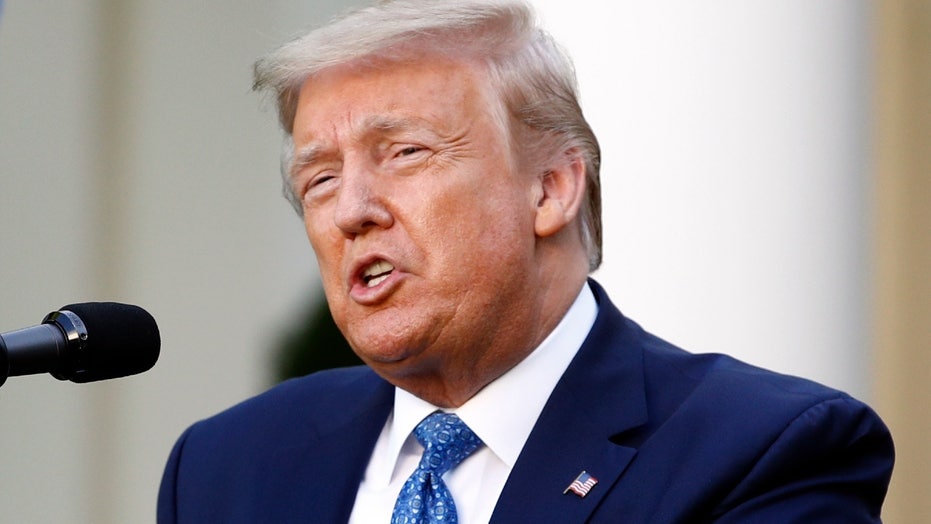 The U.S. Citizenship and Immigration Services (USCIS) delayed the expected furloughs of more than 13,000 employees by at least two weeks as the federal agency seeks to secure $1.2 billion from Congress to stay afloat after the global coronavirus pandemic has dried up immigration revenue.

The agency had initially alerted more than two-thirds of the workforce they would be furloughed starting July 20, but now that date has been pushed back to Aug. 3.

“Without congressional intervention, USCIS will need to administratively furlough approximately 13,400 employees," USCIS said in a statement to Fox News. "We previously anticipated that the furlough to begin on July 20, but we have received additional revenue and have identified cost savings to extend the potential furlough date to August 3 in the event Congress does not provide emergency funding. We continue to work with Congress to provide the necessary funding to avert this unfortunate consequence.”

USCIS must give employees a 30-day notice of an expected furlough. In a note to employees Tuesday, Joesph Edlow, deputy director for policy at USCIS, said notices are being sent out this week in preparation of the Aug. 3 furloughs.

"I regret to inform you that offices will begin the process of distributing furlough notices to employees who will be impacted should an administrative furlough be required to start on August 3," Edlow said in the Tuesday notice obtained by Fox News, citing the economic fallout of the coronavirus pandemic.

The agency has seen a "dramatic decrease" in revenue collections and estimates that application and petition receipts will drop 61 percent through the end of the 2020 fiscal year. That means USCIS will exhaust its funding this summer and won't be able to make payroll. It's seeking a one-time emergency funding request of $1.2 billion.

USCIS offices closed in March as part of the effort to stop the spread of the coronavirus, suspending in-person services at field offices and asylum offices. President Trump has also placed significant restrictions on green cards for those already in the country — which are usually handled by USCIS.

Unlike other government agencies, USCIS is a fee-based agency, meaning it is primarily funded by the money coming from fees that immigrants pay to have their applications processed. After months of closure, USCIS began reopening certain field offices and asylum offices on June 4 for non-emergency face-to-face services to the public.

USCIS alerted its staff and Congress of the budget shortfall back in May.

USCIS wants Congress to pass a one-time $1.2 billion payment to allow the agency to make payroll. The agency promised to pay the funds back to the U.S. Treasury by adding a 10 percent surcharge to immigration applications.

But the House Appropriations Committee hasn't moved forward because the Trump Administration has not submitted a request for the USCIS funding.

"The Administration has still not sent a request for supplemental funding," a Democratic aide said.

This is not the first time USCIS has warned of financial difficulty. Back in November, prior to the pandemic, the agency was predicting a $1.26 billion shortfall when it put forth a proposal to increase the fees charged for each immigration and naturalization benefit request by a weighted average of 21 percent.

But a USCIS spokesperson said the $1.2 billion budget shortfall the agency now faces is something different.

"While the forecasted figures came to the same estimated amount, they describe different financial items," a USCIS spokesperson said. "The proposed fee rule forecast projected that revenue would remain flat during the FY 2019/2020 biennial period, and based on that, estimated an average annual budget shortfall of $1.26 billion if USCIS continued at the same volume without implementing the proposed fee rule."

The spokesperson continued: "However, USCIS did not spend at the levels estimated in the proposed fee rule due to a lack of available resources in Fiscal Years 2019 and 2020; since the new fees were not yet in effect to generate enough additional revenue to cover the estimated costs."

The current financial problems are related to coronavirus, the agency said. "The precipitous decline in revenue as a result of COVID-19 began in March. Despite USCIS efforts, curtailing contracts and reducing travel etc., new forecasts predicted a $1.2 billion budget shortfall for this fiscal year due to this decline."