An arson investigation is under way after fire destroyed a historic church in South Los Angeles early Sunday, authorities said.

The blaze at Victory Baptist Church broke out shortly before 2:30 a.m. and quickly grew to major emergency status, said Nicholas Prange, a spokesperson with the Los Angeles Fire Department.

Two firefighters were hospitalized with mild to moderate injuries after battling the flames, Prange said. One became trapped by a collapsing ceiling before being rescued, he said.

The Los Angeles Times said Victory Baptist has played a major role in the spiritual and political history of South LA. 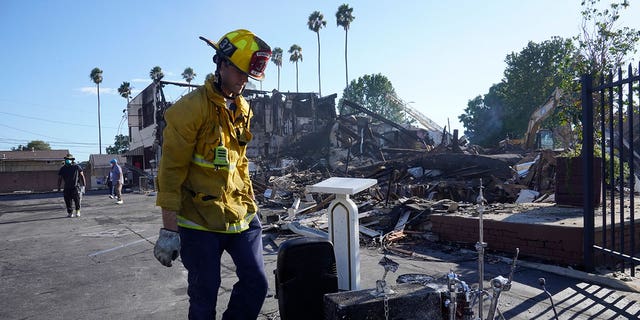 Founded in a local storefront on Easter Sunday in 1943, the church moved into its current building on McKinley Ave a year later. In the 1950s, its Sunday night services were broadcast on television nationally.

The Rev. Martin Luther King Jr. spoke at the church in 1964.

An arson team with the House of Worship Task Force was part of the investigation, officials said.