A destructive California wildfire that began last Friday was partially contained by fire officials as of Wednesday evening.

Officials said that the McKinney Fire near the Oregon border was 10% contained. While officials still warn that the fire poses a serious threat, the announcement gives residents hope.

The southeastern corner of the fire above Yreka – a town of nearly 8,000 residents – was contained. But more than 1,300 residents throughout Northern California are still under evacuation orders.

Several wildfires are raging in Klamath National Forest. The McKinney Fire, whose cause is still unknown, is the most intense of those fires – and the most damaging and deadliest California wildfire of the year. 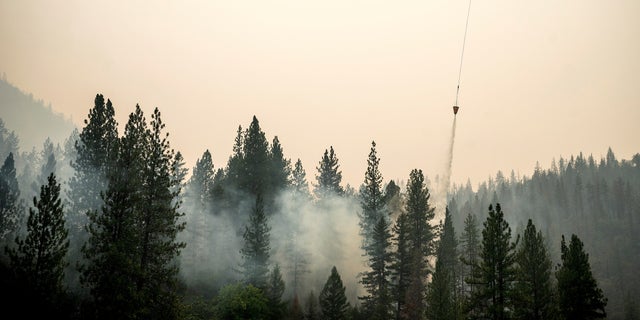 A helicopter drops water on a hot spot while battling the McKinney Fire on Tuesday, Aug. 2, 2022, in Klamath National Forest, Calif.

The fire has destroyed more than 100 buildings, including residences, and killed four people. Two of the four recovered bodies were found burned in a driveway.

Three of the four victims were allegedly from Klamath River, a scenic town of 200 people that was especially devastated by the McKinney Fire. Timber walks past the remains of a lodge that burned in the McKinney Fire, Tuesday, Aug. 2, 2022, in Klamath National Forest, Calif. The property owner, whose adjacent home survived the blaze, was surveying damage. (AP Photo/Noah Berger)

“I don’t get emotional about stuff and material things,” Klamath River resident Bill Simms said at a rescue center. “But when you hear my next-door neighbors died, that gets a little emotional.” 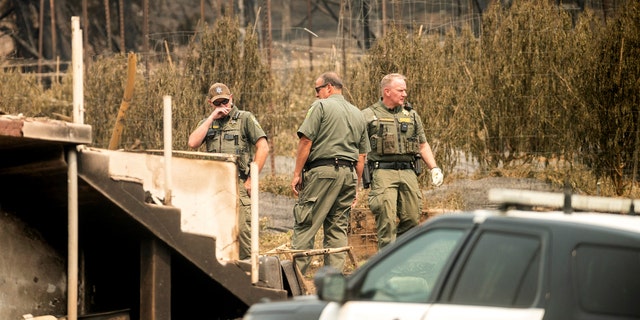 Sheriff’s deputies search a scorched residence following the McKinney Fire on Tuesday, Aug. 2, 2022, in Klamath National Forest, Calif. Their team did not find any fire victims at the property. (AP Photo/Noah Berger)

“This is a sleeping giant right now,” said Darryl Laws, a unified incident commander on the blaze.

In addition, firefighters expected Thursday to fully surround a 1,000-acre spot fire on the northern edge of the McKinney Fire. 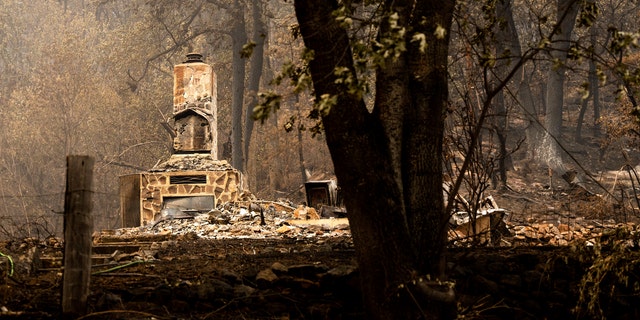 A chimney stands at a home destroyed by the McKinney Fire on Tuesday, Aug. 2, 2022, in Klamath National Forest, Calif. ((AP Photo/Noah Berger))

Extreme weather conditions have made wildfires more destructive and common on the West Coast. Firefighters hoped they could contain the McKinney Fire when it began, considering that it was initially a few hundred acres. The fire got more intense when a thunderstorm hit the area, as it brought ferocious winds that enflamed the wildfires.

Nearly 90 square miles have been scorched by the fire in total. The fire is expected to continue burning indefinitely through the weekend, though firefighters are hopeful they can contain it.