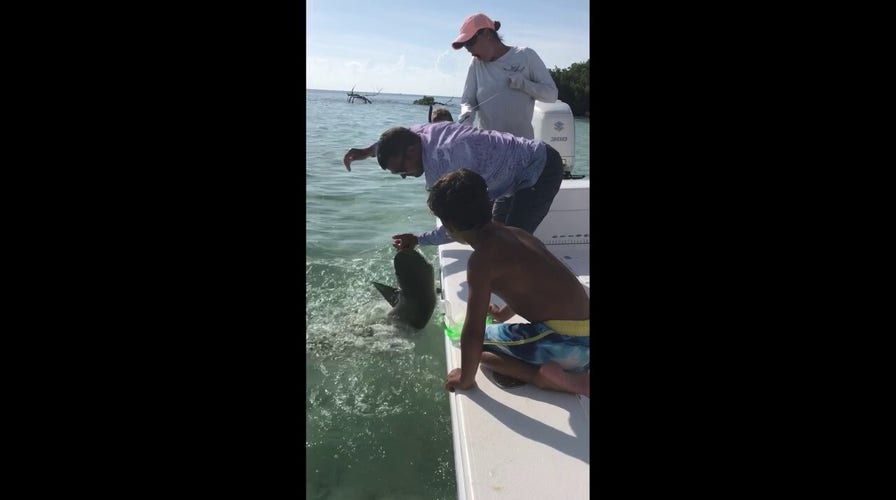 GRAPHIC VIDEO: Brett Reeder was bitten on the hand by a lemon shark while fishing near Summerland Key, Florida. (Brett Reeder via ViralHog)

A Florida dad is back on the waters after a shark bit his finger during a family fishing day.

Brett Reeder’s pinky was severely injured while attempting to pull the hook and release a lemon shark he accidentally reeled in off the Summerland Key on July 17.

A now-deleted TikTok video shows Reeder leaning over the edge of the boat and wrestling with the shark in shallow water. 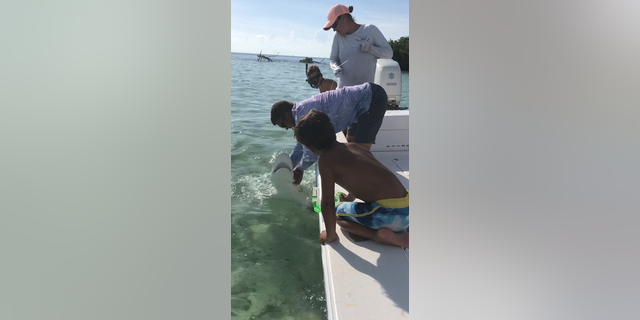 Reeder wrestled with the lemon shark to retrieve his hook. (Brett Reeder via ViralHog)

“It was hooked in the gills, and I was trying to get the hook out when the shark took a sharp turn,” said Reeder.

WOMAN, 73, STABBED BY 100-POUND SAILFISH THAT LEAPT FROM WATER OFF FLORIDA COAST

Suddenly, the shark clenches down on Reeder’s left pinky and twists as his family watches in horror. 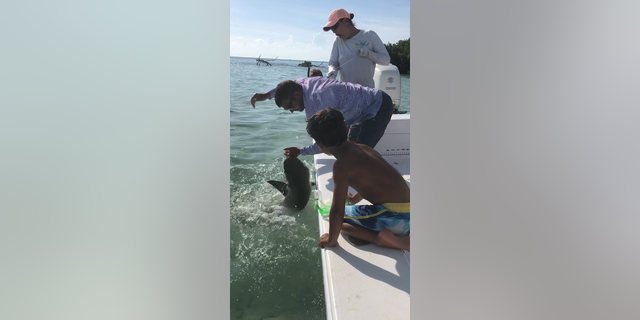 The shark chomped onto Reeder’s finger. (Brett Reeder via ViralHog)

The six-foot shark swam away just moments after, leaving Reeder in dire need of medical attention.

“We immediately pulled anchor and Mandy cut the line as Courtnee and Bekah applied a tourniquet to my arm under the elbow,” said Reeder.

Breeder was airlifted to Jackson South Hospital where doctors were able to re-attach Reeder’s pinky with more than 100 stitches, a pin, and a cast, according to NBC Miami.

“They’ve got me in a hard cast on the bottom because all four tendons were cut on top,” reportedly told NBC Miami. “They wanted my hand to be propped up like this for about six weeks for the tendon to heal perfectly.”

Brett’s wife, Mandy, has since posted TikTok videos of Brett fishing – this time, with his left hand bandaged and a knife in his other.