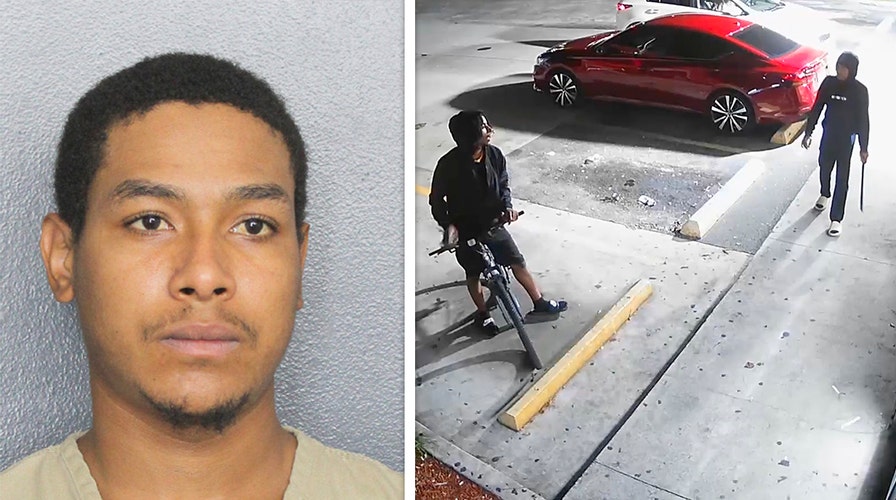 Florida deputies have arrested an Oakland Park man accused of menacing another man with a machete before shooting him in the face at point blank range in an incident caught on surveillance video.

Luis Alberto Escolastico Canela, 22, faces a charge of first-degree attempted murder. Jail records show he is being held without bond.

It happened near the 7-Eleven store at 3800 North Andrews Avenue in Oakland Park at around 1:50 a.m. on June 6, according to authorities.

FLORIDA MAN MENACES BIKE RIDER WITH MACHETE, THEN SHOOTS HIM IN THE FACE ON VIDEO 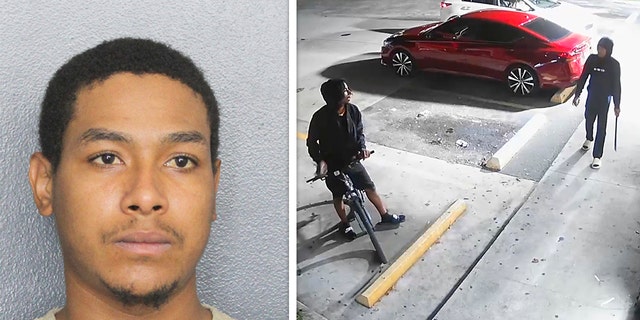 Luis Alberto Escolastico Canela, 22, is being held without bond on a charge of first-degree attempted murder for allegedly shooting another man in the face in a parking lot. (Broward County Sheriff’s Office)

One man menaced another during a verbal altercation, first with a machete, then with a handgun. Then, in shocking surveillance video, walked up to the victim and attempted to execute him on the spot, according to investigators.

“The video was shared with media and the public, and through investigative methods, the suspect was identified as Luis Alberto Escolastico Canela,” the sheriff’s office announced in a statement Friday. Deputies arrested him Thursday in North Lauderdale. 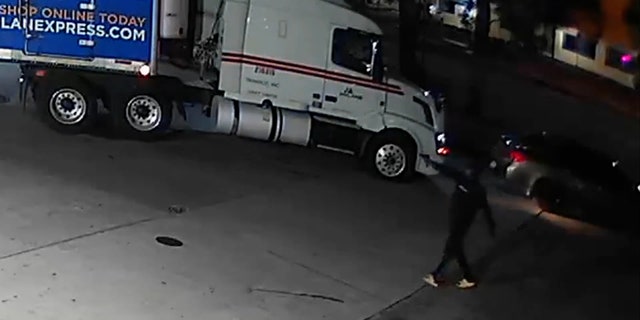 A screengrab from the video shows the gun wavering in his hand as he walks across the parking lot, right up to the victim. (Broward County Sheriff’s Office)

The video, taken from two exterior surveillance cameras at a Florida convenience store, shows two men appearing to argue outside the store before one pulls a machete out of his sweatpants. The victim, sitting on a bicycle at the other end of the parking lot, flashes what appears to be a handgun form inside his jacket.

The suspect leaves, moving his car toward the exit of the lot, but then gets out holding a pistol, aiming it toward the victim.

He walks all the way across the lot, just inches from the victim, and then shoots him in the face. 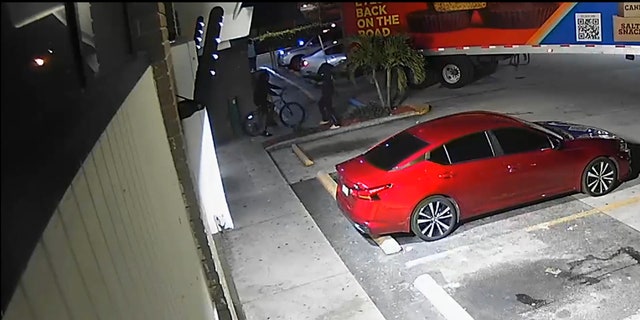 The victim survived after paramedics rushed him to the hospital, according to the sheriff’s office. (Broward County Sheriff’s Office)

After a single shot, the victim collapses and the suspect runs across the parking lot and into a dark-colored Infiniti sedan.

Paramedics rushed the victim to a nearby hospital, and he survived his injuries, according to the Broward County Sheriff’s Office.