Never listen to music while walking at night, take photos of taxi license plates before getting in, and DON’T use your last name on social media: Former correctional officer shares vital safety tips for women

A former corrections officer has revealed the top safety tips that she learned while working alongside criminals in a prison – including taking pictures of taxi license plates before getting in them, never using your last name on social media, and avoiding listening to music while walking home.

Michaela Katharina, who hails from Canada, worked as a corrections officer for two and a half years, and during that time, she picked up numerous safety tips.

Now, the former prison worker has shared her knowledge with the world in a series of videos posted to TikTok, which quickly went – racking up over 750,000 views collectively.

In her initial video, the Canadian woman listed several of the things that she learned while working at the prison that could potentially help you avoid danger – including avoiding sharing any personal information with strangers. 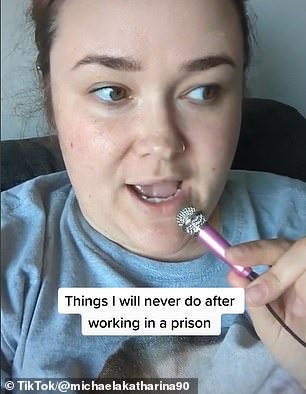 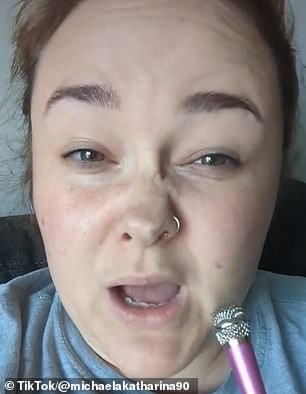 Michaela Katharina, from Canada, worked as a corrections officer for two and a half years alongside criminals, and during her time working in the prison, she picked up some safety tips 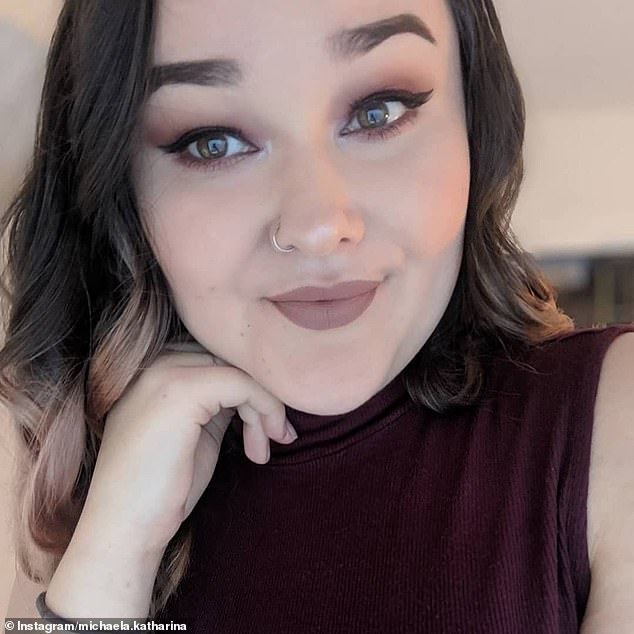 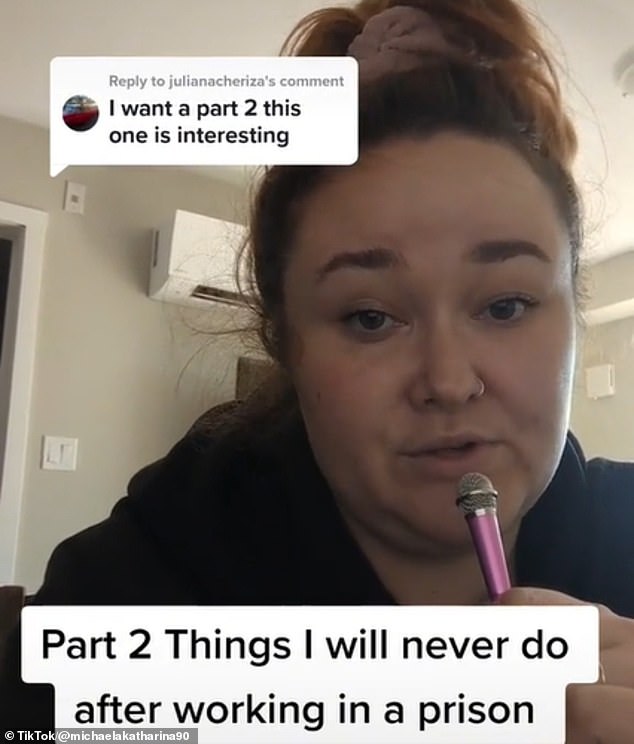 Michaela shared two videos, which collectively racked up over 750,000 views,  in which she shared a series of safety tips

Her top advice included not having any revealing or ‘identifiable’ bumper stickers on your car.

She warned against the popular stick-figure family stickers – which are often seen on vehicles across the globe – because she said ‘people can tell if you’re single or if you have children’ from them, and that ‘they don’t need to know that information.’

Michaela’s second tip was to ‘never correct a stranger’s assumption’ about you, explaining that it’s not ‘necessary’ for people you don’t know personally to have any information about you.

She went on to stress that no one should ever walk home at night while listening to music because ‘you need to be alert of your surroundings,’  and added that she always keeps something that could be used as a weapon nearby and wears shoes she can ‘run in.’

Her other tips include always taking a photo or making note of the license plate of a taxi prior to entering it, and not meeting someone you don’t know in an unfamiliar area.

Lastly, the former prison worker said if she ever had children, she would never allow them to be alone with an adult, even if they are supposed to be ‘trusted’ – such as ‘teachers.’

She also said advised against allowed your kids to go to a sleepover ‘until they are old enough to have a conversation about grooming and sexual assault.’ 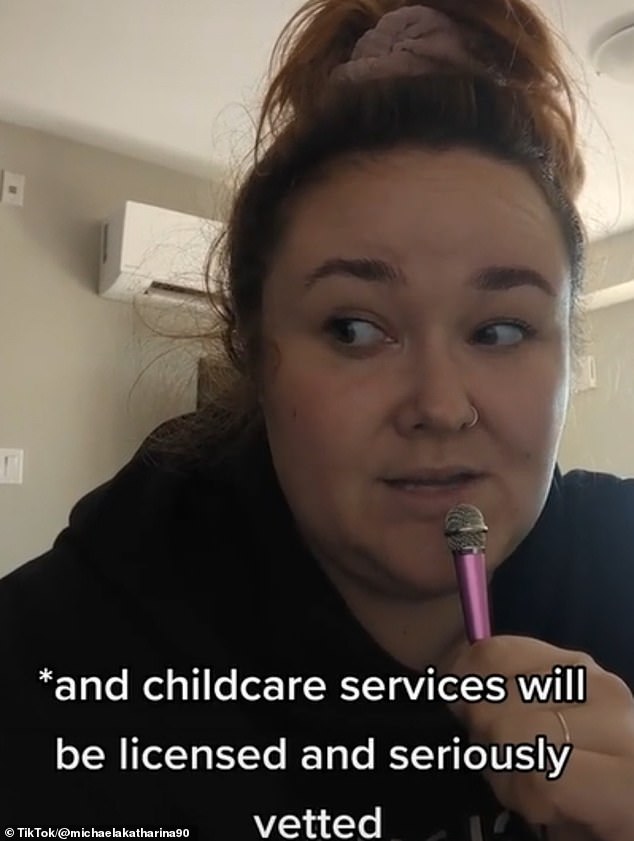 The former prison worker said if she ever had children she would never allow them to be alone with an adult, even if they are supposed to be ‘trusted’ 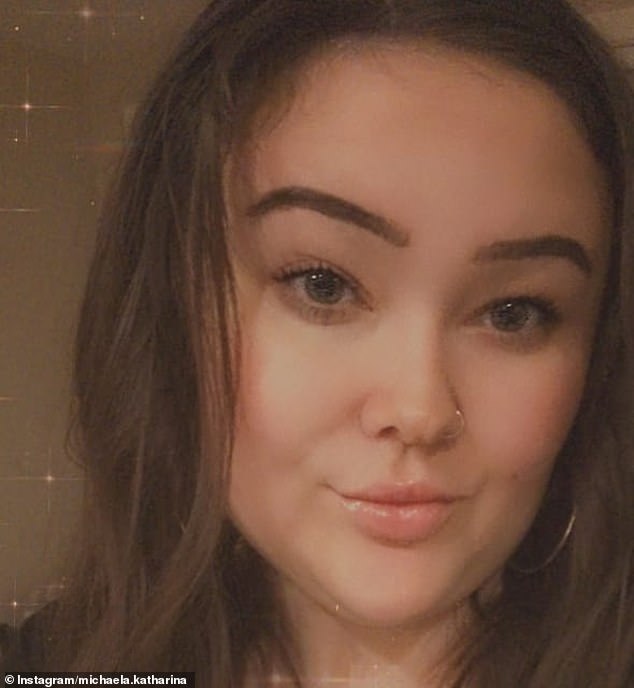 Michaela added people shouldn’t have any revealing bumper stickers on their cars, such as a stick-figure family sticker, because ‘people can tell if you’re single or if you have children’ 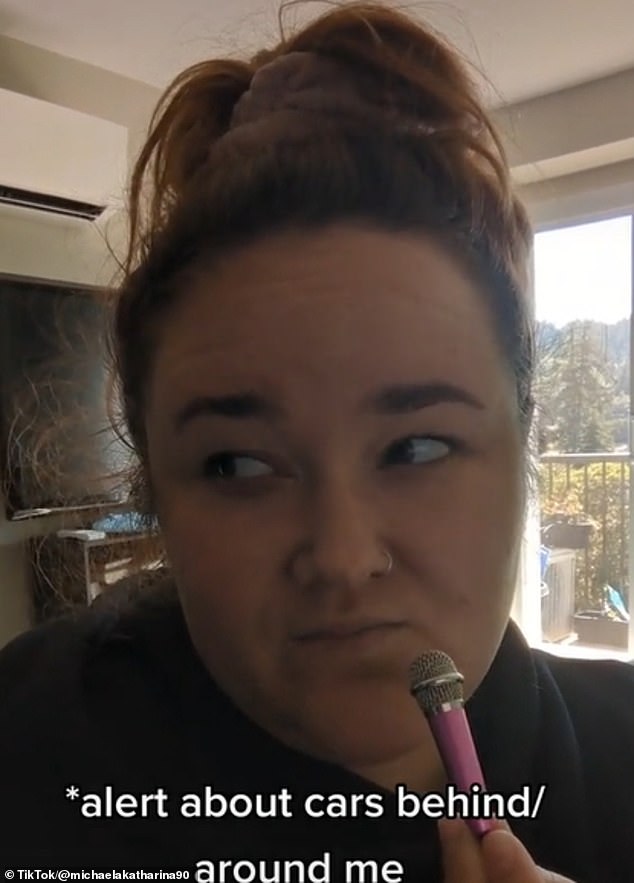 Michaela’s video gained so much popularity that she decided to make a follow up video, in which she shared even more safety tips.

She began by recommending that all single people tell a friend or loved one the name of the person they are going on a date with and where they are going.

She warned viewers to avoid putting any identifying signs in front of their home, such as ‘proud graduate’ signs or markings with family names, and said people should always be alert of any cars that are behind them.

Michaela also advised people to avoid putting photos of their kids on social media, specifically photos of ‘nude children,’ with the corrections officer adding that ‘sadly’ someone out there ‘will sexualize your child.’

Lastly, Michaela told her viewers to avoid listing their full name on social media so people can’t track them down and ‘contact’ them.

‘The last one is 100 per cent the right call and don’t let anyone tell you otherwise,’ said one user.

Another user added: ‘My mom never let me sleep over anywhere I hated it but now I’m glad.’

‘I worked in prisons for five years, I always used to tell people a time frame when they asked where I lived. Like ”Ohh just 30 minutes away.”’

‘The last one is 100 per cent. My parents never let me stay anywhere and as I grow up I understand why,’ commented another user.