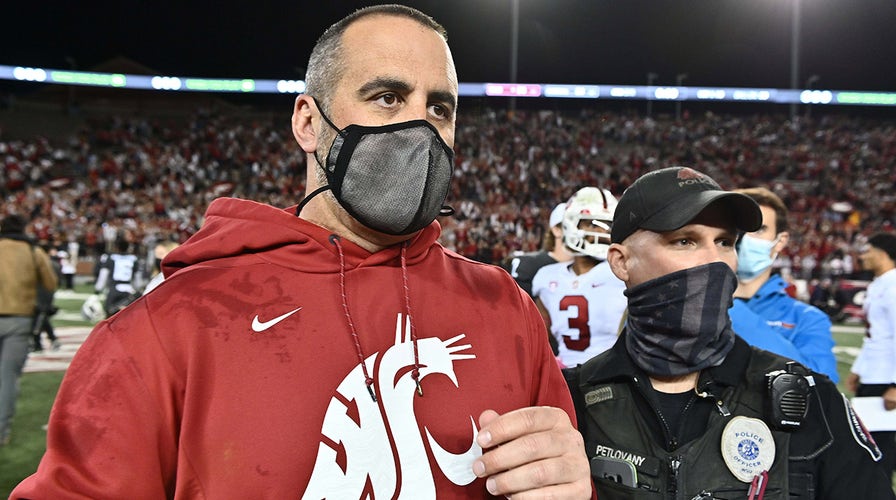 Nick Rolovich was fired with cause as head coach of the Washington State Cougars in October 2021 for refusing to get the COVID-19 vaccine. 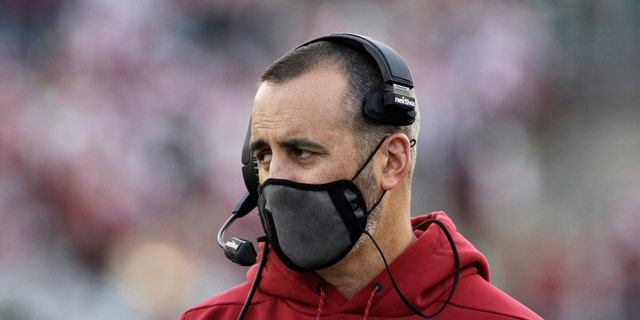 Washington State coach Nick Rolovich watches during the first half of an NCAA college football game against Stanford on Oct. 16, 2021, in Pullman, Wash. The former Washington State football coach has filed a claim against the university on April 27, 2022, seeking $25 million for wrongful termination after he was fired last year for refusing to get vaccinated against COVID-19.
(AP Photo/Young Kwak, File)

The complaint “contains eight counts, including breach of contract, discrimination against religion, wrongful withholding of wages and violation of Title VII of the Civil Rights Act as well as the First and 14th Amendments,” per ESPN.

Rolovich, who is Catholic, had his religious exemption denied and was fired by Chun — along with four other coaches on his staff — last October.

The state of Washington required all state employees to either be vaccinated against COVID-19 or have an approved exception.

NO. 24 WASHINGTON UPSETS NO. 6 OREGON IN EUGENE SHOOTOUT

“Washington State University carried out the Governor’s COVID-19 vaccination proclamation for state employees in a fair and lawful manner, including in its evaluation of employee requests for medical or religious exemptions and accommodations,” Washington State said. 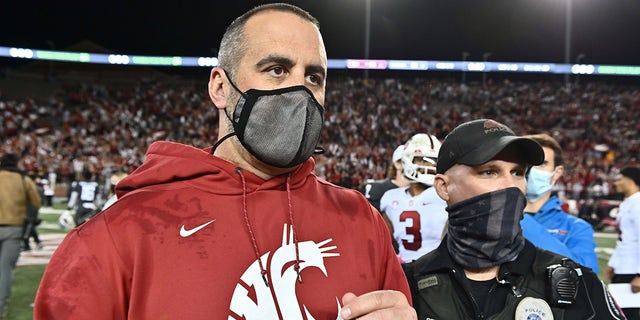 “For multiple reasons, Mr. Rolovich did not qualify, and the university firmly stands by that decision. Washington State University will vigorously defend itself against Mr. Rolovich’s claims.”

The suit comes after Rolovich filed a tort claim against the university in August seeking $25 million for wrongful termination, which is a required step in order to file a lawsuit against a state agency. 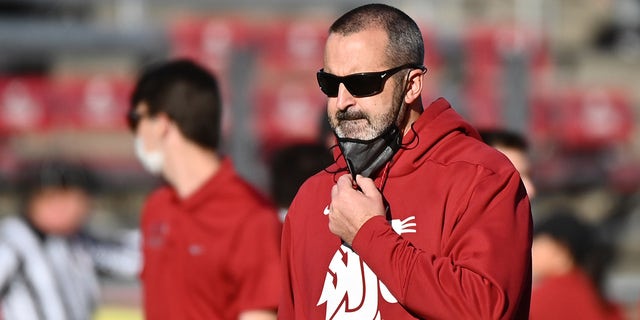 He was working under a five-year contract with three years remaining and was reportedly paid $3.2 million per year.