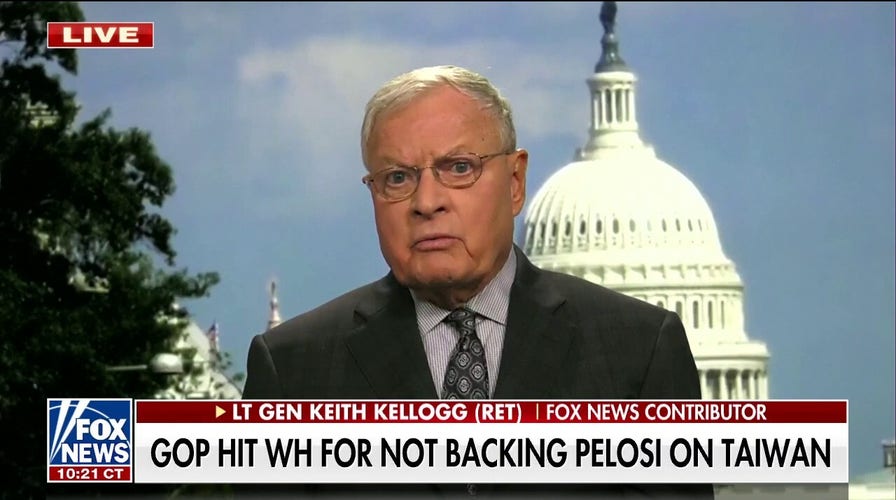 Lt. Gen. Kellogg: Pelosi should ‘land in the middle of the day’ and have a ‘parade in Taipei’

Lt. Gen. Keith Kellogg argued that House Speaker Nancy Pelosi should take a defiant stance against China by landing in the middle of the day in Taiwan. On “The Faulkner Focus” Monday, Kellogg also told Fox News’ Gillian Turner that the U.S. must remain bold in its messaging because the entire world is watching.

KEITH KELLOGG: Land in the middle of the daylight, at noon time and have a parade in Taipei. I’m saying you’ve got to go there. You represent the United States of America, and I would remind President Xi: Do not even think about harming her or even think about harassing her aircraft as she goes in there. That would take you to almost a state of war. Just leave this official alone. We’ve done it before, and I think he’s blustering, and I think Biden needs to push back really, really hard. Again, she needs to land in daylight in Taipei. 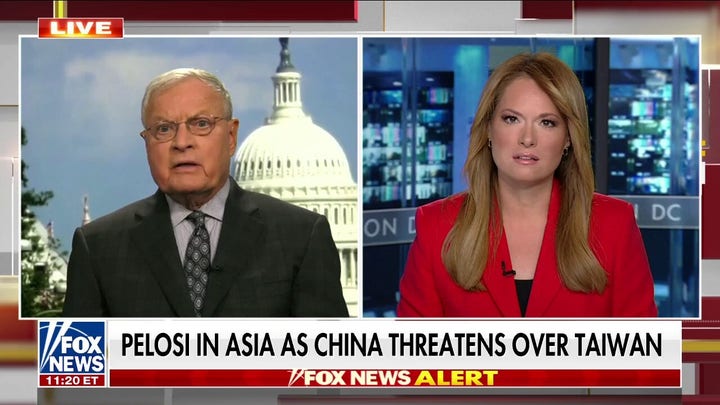