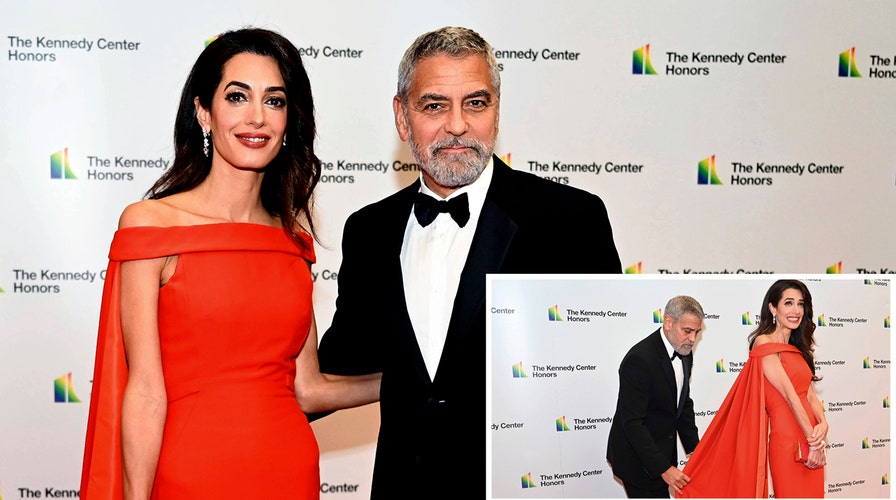 George Clooney and Julia Roberts discussed their close friendship during the "Ticket to Paradise" premiere night on Monday night in Los Angeles.

Despite the shiny medallion placed around his neck at The Kennedy Center, George Clooney was outshone by his wife, barrister and human-rights activist Amal Clooney, on Saturday night.

A member of the 45th class of honorees for the lifetime artistic achievement award given by The Kennedy Center Honors, Clooney walked the red carpet, looking dapper in a black tuxedo.

Accompanied by his parents, Nick and Nina, as well as Amal, Clooney took posing on the red carpet as an opportunity to laud his wife, fluffing the train of her dress as she gleefully smiled for photos.

GEORGE CLOONEY HAS THE LAST LAUGH AHEAD OF 8-YEAR MARRIAGE ANNIVERSARY WITH AMAL: ‘THEY SAID IT WOULDN’T LAST’ The event, held at the United States Department of State, culled many other artists, all of whom were honored alongside Clooney. They included Amy Grant, Gladys Knight, Tania León, and the members of the band U2: Bono, The Edge, Adam Clayton, and Larry Mullen Jr. 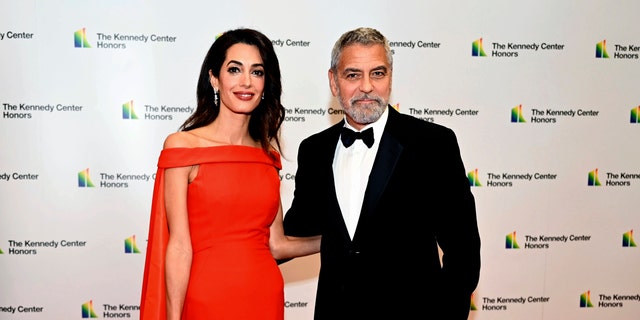 George Clooney and Amal Clooney pose on the red carpet ahead of the Medallion Ceremony.
(Kevin Wolf/AP Photo)

Clooney said of receiving the honor, “Growing up in a small town in Kentucky I could never have imagined that someday I’d be the one sitting in the balcony at the Kennedy Center Honors. To be mentioned in the same breath with the rest of these incredible artists is an honor. This is a genuinely exciting surprise for the whole Clooney family.”

As described on its website, The Kennedy Center Honors “have been compared to a knighthood in Britain, or the French Legion of Honor — the quintessential reward for a lifetime’s endeavor.” 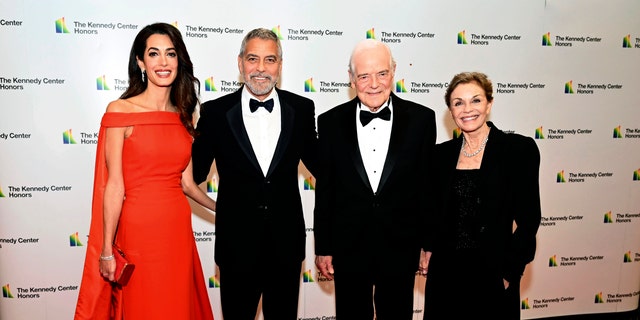 George Clooney was joined by not only his wife, but also his parents Nick Clooney and Nina Bruce Warren at The Kennedy Center.
(Kevin Wolf/AP Photo)

On Sunday, a gala will be held for the honorees. It will air on December 28 on CBS.