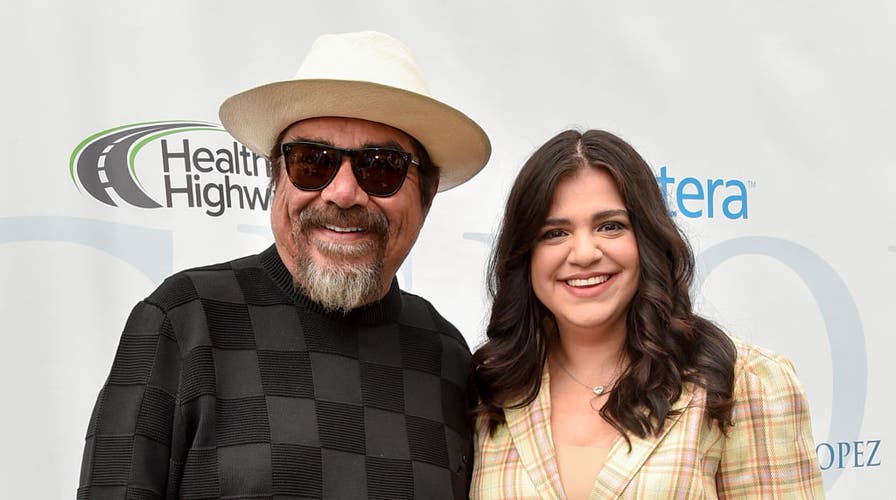 George Lopez opened up about the moment when he knew he had to repair his relationship with his estranged daughter, Mayan.

The 61-year-old comedian, who is co-starring with his 26-year-old daughter in the new family comedy “Lopez vs. Lopez,” reflected on their past struggles.

“I was divorced, and then Mayan and I didn’t talk for a long time,” Lopez recalled during a Wednesday appearance on “The Tonight Show Starring Jimmy Fallon.”

He continued, “She went on TikTok to respond to a video that someone made attacking me. It was a video of her twerking upside down.” 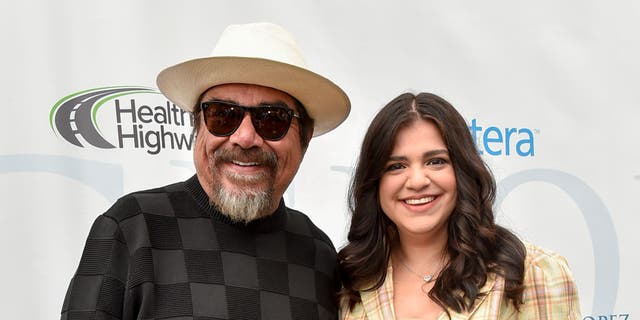 George Lopez said he knew he had to repair his relationship with his estranged daughter, Mayan, after seeing a TikTok of her twerking upside down.
(Rodin Eckenroth/Getty Images)

“I realized I wasn’t the best dad, but when your kid’s twerking upside down, you’ve got some real f—–g problems. I didn’t realize it was this serious.”

After viewing the clip, the actor said he realized he needed to “get out there” and reconnect with Mayan. “The Tax Collector” star explained that the two began going to therapy together.

“You have to be responsible for the trauma that you’ve caused,” Lopez said.

Lopez shares his only child with his ex-wife, Ann Serrano, 61, who famously donated one of her kidneys to him. In 2010, the former couple split after 17 years together when Mayan was 14 years old. 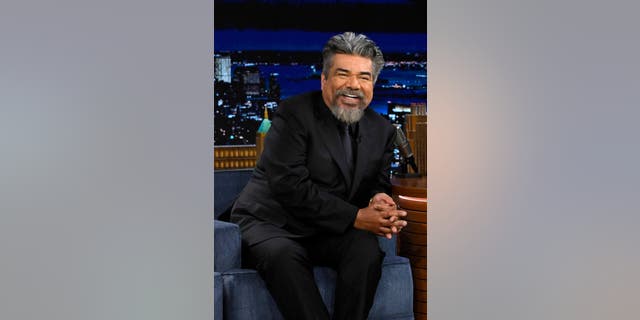 "I didn’t realize it was this serious," Lopez said.
(Todd Owyoung/NBC via Getty Images)

“I’m owning, for the first time in my life, my responsibility to the marriage and as a father,” he said.

He continued, “I said, ‘Yeah, I’m responsible for this, and I’m going to spend the rest of my life repairing it.'”

Lopez joked that there was one particularly awkward part of the joint therapy experience.

“If you think therapy is bad, what’s worse is the elevator ride down after because it’s all heavy stuff,” he said. 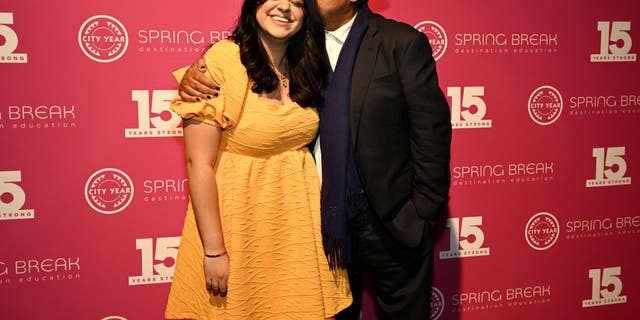 Lopez and Mayan are starring together on the new NBC comedy "Lopez vs. Lopez."
(Michael Kovac/Getty Images for City Year Los Angeles)

In “Lopez vs. Lopez,” the father-daughter duo play fictionalized versions of themselves as they try to repair their fractured relationship after a long period of estrangement. The show follows Lopez’s character, George, as he moves in with Mayan, her son and her boyfriend after his business goes under during the pandemic.

Lopez and Mayan said that the pandemic also helped them mend the rift between them in real life.

“There was a time where we didn’t speak and were estranged for about three years,” Mayan said in a recent virtual press conference via UPI.

She continued, “Really, the pandemic brought us back together. I started making TikToks with my family to reconnect, and [showrunner] Debby Wolfe saw one of [the videos], and this whole ‘Lopez vs. Lopez’ idea was kind of born from that idea.”

Mayan added, “This is an experience of a lifetime to be able to do this with my father.”

Lopez said, “To have Debby see Mayan do TikToks about our unfortunate break in our relationship and create a beautiful thing from something that was so painful and so much my fault is just a wonderful thing.”