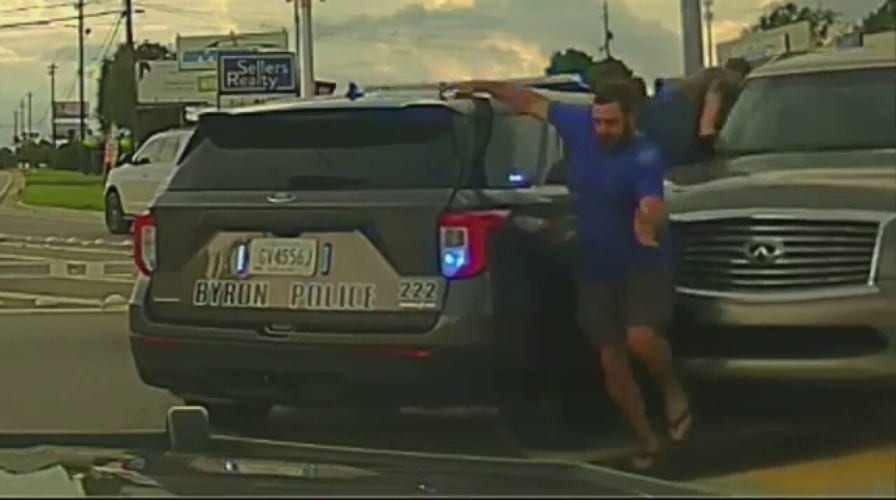 A reckless driver in Georgia was recorded on a dramatic dashcam video striking a police officer, two bystanders and multiple police cars during a traffic stop on Friday, authorities said.

Officers responded to a call about an SUV that was driving into the oncoming lane of traffic on Georgia Highway 42 near Byron and nearly hitting other vehicles, Byron police said.

When officers arrived on the scene, police said witnesses had already blocked in the SUV at the intersection of Highway 42 and Highway 49. Officers attempted to talk to the driver, but they said she was uncooperative and would not respond to their commands.

After placing sticks under the driver’s tires, she backed into a car stopped behind her and then lurched forward, striking a Byron police officer and police car, the department said.

ARRESTS IN CHICAGO PLUMMET TO HISTORIC LOW AS CRIME RISES AND POLICE ADMITTEDLY PULL BACK: ‘NO WAY’

The driver backed up and pulled forward again, this time hitting two witnesses and a second police car, authorities said. She sped away going north on Highway 42 with one flat tire and police in pursuit. 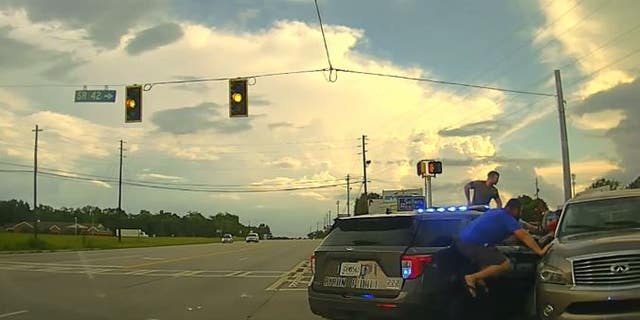 The driver hit two witnesses and a police officer, along with multiple vehicles. (Byron Police Department)

Officers attempted to block her car again, but she rammed a third patrol vehicle and struck another police car for the second time, causing serious damage, the video shows.

She continued driving on Highway 49 for a short distance before police blocked her vehicle in and took her into custody. 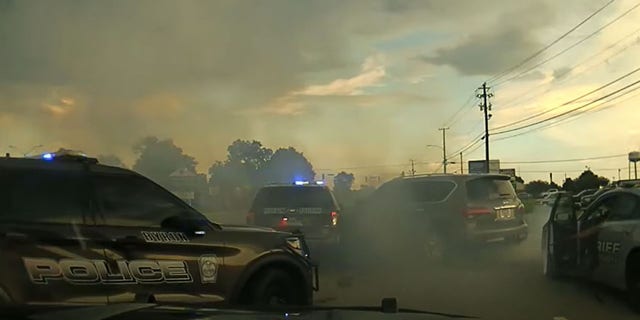 The driver refused to comply with officers’ commands and struck multiple patrol cars as she sped away, authorities said. (Byron Police Department)

The driver, identified as Sierra Hibbert, of Warner Robbins, Georgia, can be heard on one officer’s body camera video claiming multiple times that she did nothing wrong as officers handcuffed her.

Police said Hibbert had a small child in the car with her during the incident. The child was unharmed. 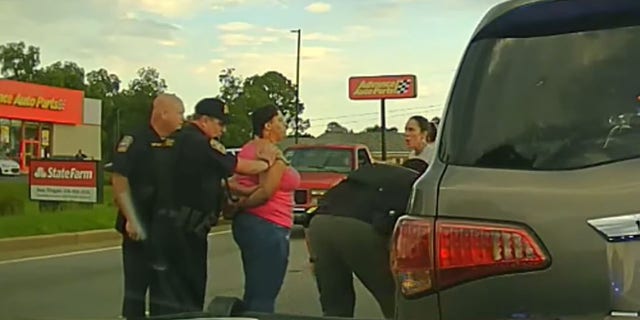 No officers or witnesses were seriously injured during the incident, according to the department.

Byron police thanked the citizens who helped officers during the traffic stop.

The Peach County Sheriff’s Office assisted during the incident and is leading the investigation and criminal charges against Hibbert.