A Georgia man was arrested with about 3.3 pounds of methamphetamine after he allegedly tried to flee police during a traffic stop and toss the drugs out his window.

Adrian Robinson, 40, is facing charges of methamphetamine trafficking, methamphetamine possession with intent to distribute, obstructing an officer, fleeing and other counts. 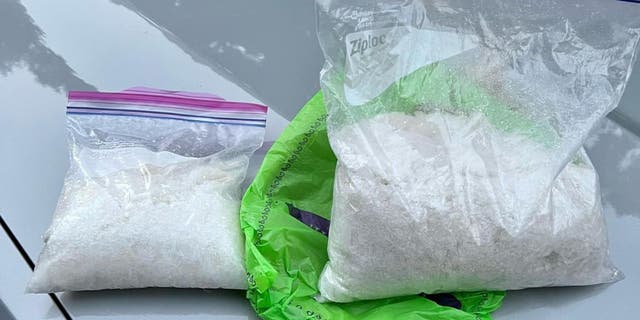 The suspect allegedly threw the meth out of his car window during the police chase.  (Polk County Police)

A Polk County Police Department officer attempted to pull Robinson over on a highway for an improper lane change.

The officer observed “other driving mannerisms consistent with DUI” so the officer asked Robinson step out of the vehicle, at which point Robinson allegedly put his GMC Terrain in drive and sped off. 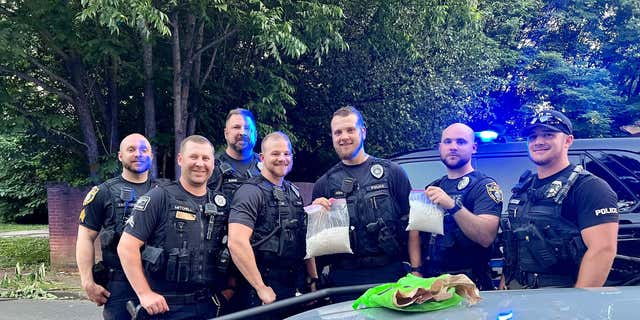 After the police chase, officers located the green bag containing meth that the suspect threw out of his window.  (Polk County Police)

During the chase, officers saw Robinson allegedly throw a green bag out of the car window, which they later found contained meth.

Robinson is currently booked at the Polk County Jail, according to inmate records.