Get a moo-ve on! Hilarious moment calf tries in vain to keep up with its horse pals

This cow soon realized it was lacking in horse power when it tried to keep up with the rest of its ‘herd’ in Arkansas.

Close behind them is a donkey, which seems to have no trouble matching the pace.

The four animals continue to run through the grass and almost out of shot before the cow, named Annabelle, finally lumbers into view – trailing by several seconds. 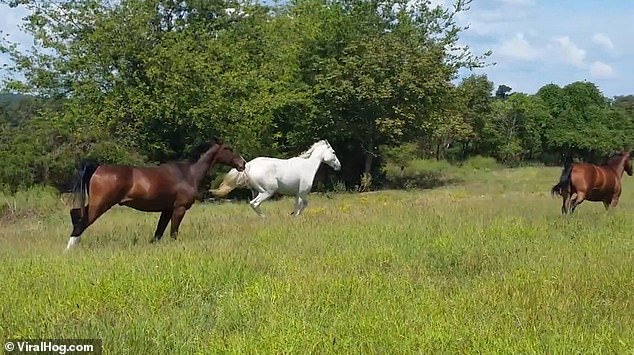 The three horses gallop across a pasture in Mountain View, Arkansas 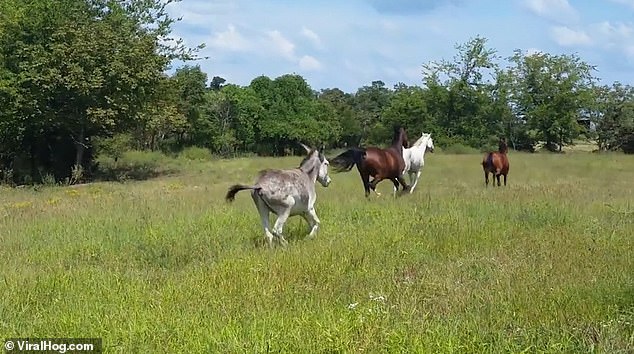 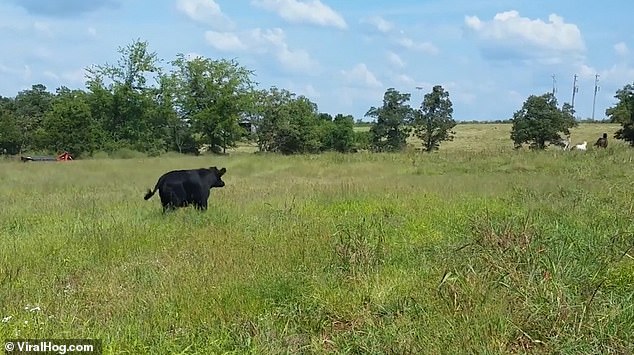 It is several seconds before the cow, named Annabelle, finally lumbers into view

The bovine struggles to catch up as her companions speed off out of shot, several seconds ahead of her.

They recently posted it with the caption: ‘My bottle calf Annabelle trying to keep up with her herd.’

Bottle calves are, as their name suggests, calves who have been raised by hand.