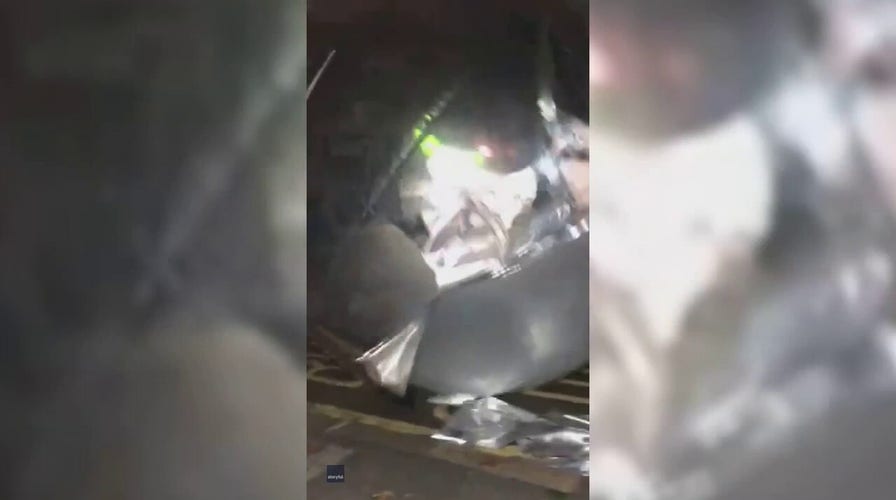 Two large Christmas baubles came loose in a storm and rolled down a London street amid traffic. Credit: Andrea Ferrante via Storyful

While most people are still taking a breath from Halloween celebrations and beginning to contemplate their Thanksgiving plans, Christmas was very much on the minds of some residents of London this week.

It was especially on the minds of startled drivers, bikers and onlookers as they tried to avoid being hit.

Two giant baubles from a Christmas display apparently broke free of their installation.

They were seen rolling, bouncing and weaving their way down a busy London street in the evening, smashing into objects along the way.

Shocked drivers either stopped, pulled over or tried to get out of the way, as video of the incident makes clear. 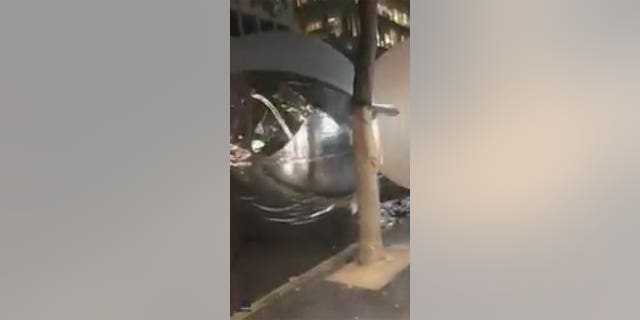 Getting your Christmas decorations out already? Make sure they’re securely fastened if you’re putting them up outside — watch what happened on one busy London street this week (see the video at the top of this article!).
(Andrea Ferrante via Storyful)

Confused bystanders either looked on or tried to dodge the giant decorations.

“If you think early November is too soon for Christmas décor, it seems the two baubles agree,” said 9News in Australia — “with the pair of truck-sized ornaments filmed flying down Tottenham Court Road, far away from their installation at St Giles’ Square.”

One giant bauble then continued on “its warpath” down the street, causing further surprise and havoc.

The video shows one of the baubles slamming into a street pole as the wind blew it down the street.

The bauble’s outer wrapped can be seen shattering.

It then continued on “its warpath” down the street, causing further surprise and havoc.

BIRTHDAY BOY GETS NO CALLS OR GOOD WISHES, EXCEPT FROM ONE PERSON

“The footage, believed to have been captured in the early hours of Monday, shows silver and white baubles larger than cars themselves rolling surreally down the street,” The U.K.’s Telegraph noted. 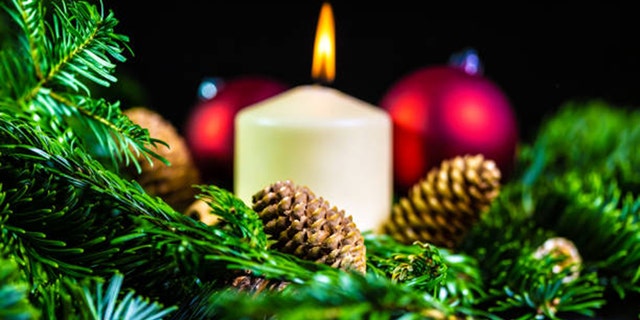 In London this week, "silver and white baubles larger than cars themselves rolling surreally down the street," as The U.K.’s Telegraph noted.
(iStock)

November in the U.K. has gotten off to a “blustery start,” the same source noted.

“The Met Office issued warnings of strong winds and heavy rain” that were “expected to batter parts of the U.K.”

It also noted that “part of the dilapidated West Pier in Brighton collapsed overnight after being battered by Storm Claudio.”