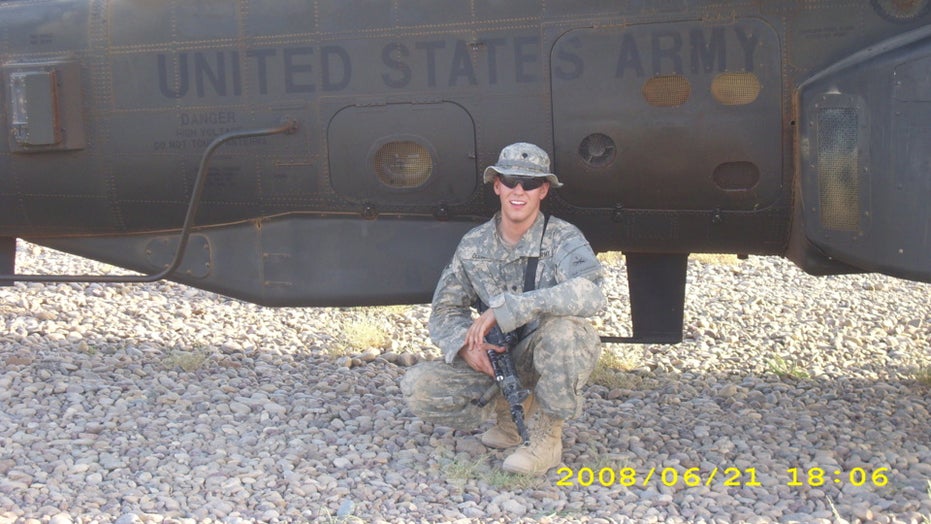 Gold Star parents on the enduring legacy and sacrifice of their son Staff Sgt. Michael Ollis

The parents of Staff Sgt. Michael H. Ollis sit down with Fox News to tell their late son’s story in hopes of keeping his name and legacy alive. Bob said that Michael always wanted to be in the Army to follow in the footsteps of several generations of his family.

Linda and Bob Ollis are Gold Star parents and their heroic son is Staff Sgt. Michael H. Ollis. Michael gave his life when he courageously stepped into the path of Polish Officer 2nd Lt. Karol Cierpica and blocked him from the suicide vest of an insurgent in Afghanistan on Aug. 28, 2013.

“This is not something that is easy for us to do, retelling, going through how he died, what the aftermath was like, for us, our family. But we do it to keep Michael’s memory alive,” Bob Ollis told Fox News.

Bob said that Michael always wanted to be in the Army to follow in the footsteps of several generations of his family.

“Michael was all-Army inside and out,” recalled Bob. “It was because of his grandfathers, who both served in World War II and fought in the Battle of the Bulge. When Michael was 8 or 9 he would put on my Army fatigues from Vietnam.”

Michael had been in the Reserve Officer Training Corps (ROTC) during high school and was sworn in shortly after graduating at Fort Hamilton, when he was 17 years old. Michael’s older sister, Kelly, told Fox News that he would proudly send the family pictures of himself working on military vehicles around various bases in Europe.

Michael was deployed a few times,” said Kelly. “He never led me to believe he was scared or nervous, but I did get a sense [of] how much he loved his job. I think he would have been in the Army for his lifetime.”

Linda and Bob explained that Michael’s final nine-month deployment was with the 2nd Battalion, 22nd Infantry Regiment in Afghanistan. Toward the end of the nine months, Michael was chosen to stay and close up the other bases, including one in Ghazni province. Michael was the new guy at the Forward Operating Base (FOB) when it was hit with a 3,000-pound truck bomb. According to Bob, Michael secured his squad and immediately went into the fight.

"From what we understand, he ordered them [his squad] to stay put,” said Linda. “Michael went out to see what was going on and went towards the blast.” That’s when Michael met Lt. Karol Cierpica of Poland. Bob explained that Michael picked up the rear on Lt. Cierpica and an insurgent slipped in between the two. Linda said that she doesn’t think anyone would have known what happened if it hadn’t been for Lt. Cierpica.

“From what Karol said, Michael shielded him from the insurgent coming in,” said Linda. “I don’t think anyone would have known what happened because there weren’t any witnesses, but Lt. Cierpica, from the moment he was taken to the hospital tent kept saying, ‘That man saved my life, that man saved my life.’ Lt. Cierpica could have kept the story to himself, but he made sure the story was told.”

Linda and Bob said that seeing Lt. Karol Cierpica for the first time, thanks to a meeting arranged by the Polish consulate, was very overwhelming. Bob told Fox News that the main question he had for Lt. Cierpica was simply what happened. Michael’s parents described Lt. Cierpica as both “very sad and nervous.” Both Linda and Bob said they both hold only love in their hearts for the Polish soldier.

“He was the last one that was with Michael,” said Bob. “How could I be angry?”

Linda and Bob have kept in contact with Lt. Cierpica ever since their first meeting. In fact,  Lt. Cierpica and his wife gave birth to a son and named him, “Michael.”

“We felt like Lt. Cierpica was our son too, and his grandson, and he had an older boy, so he became our other grandson,” said Linda. “His wife is a wonderful person and we just feel like they're part of our family now.”

Michael has been posthumously awarded the Silver Star and Distinguished Service Cross. The Ollis family told Fox News they are currently waiting to hear back about the Congressional Medal of Honor for Michael, and are working with Congressman Max Rose, D-N.Y., and the 10th Mountain division.

Bob and Linda Ollis also started a foundation in honor of their son, the Staff Sergeant Michael Ollis Freedom Foundation. The goal, according to Linda, is to help veterans and active military personnel that are in need, and to help cover financial burdens that the VA won’t cover.

“If we hear a story about a veteran in need, we try to help out,” said Linda. “So in Michael’s honor, this is what we’re doing.”

For more on Staff Sergeant Michael Ollis, watch the full video with his parents, Bob and Linda Ollis above.

Emily DeCiccio is a reporter and video producer for Fox News Digital Originals. Tweet her @EmilyDeCiccio.