Good Samaritan describes the dramatic moment man threatened to shoot her when she stopped him from throwing his baby daughter off an I-95 overpass with 40-foot drop in Philadelphia: ‘I would do it again!’

A Good Samaritan has described the dramatic moment a man threatened to shoot her when she stopped him from throwing his baby daughter off of an I-95 overpass.

The father, later identified as Raheem Murphy, 35, was holding his child over the 40-foot drop on Cottman Avenue, Philadelphia when a brave onlooker stopped her car and tried to rescue the young girl from the frightening height.

Murphy screamed that he was armed and threatened to shoot the brave passerby – who hauled her car over on the highway and tried to negotiate with him when she spotted the chaos unfold.

Christine King has been hailed a hero and said she would ‘do it again’ as she reflected on the chaos yesterday.

She told NBC10 she was driving along the interstate when she saw a man arguing with a woman, before he then grabbed the child and tried to throw her over the bridge. 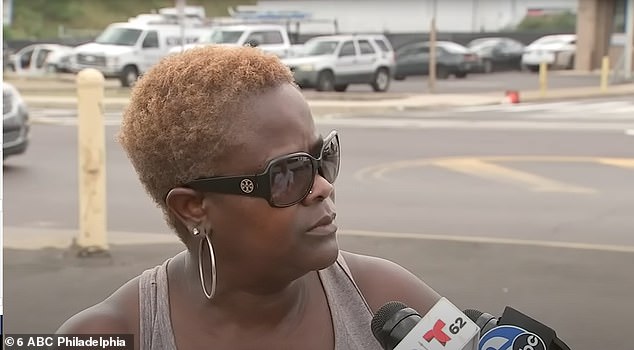 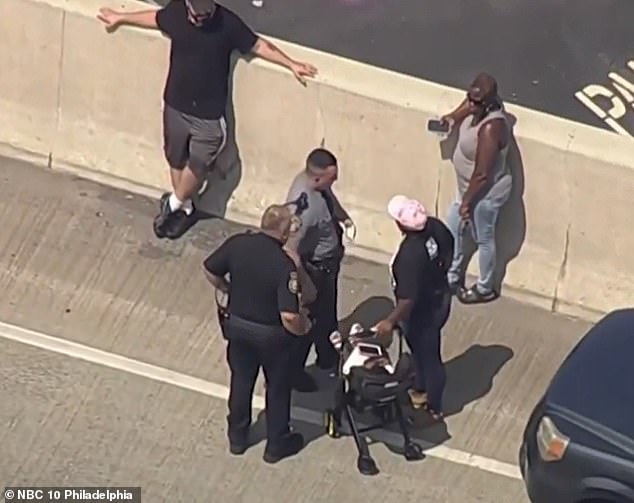 Officers rushed to the scene after the father threatened to shoot when he was confronted by the passerby. The child’s stroller can be seen in the center of the image 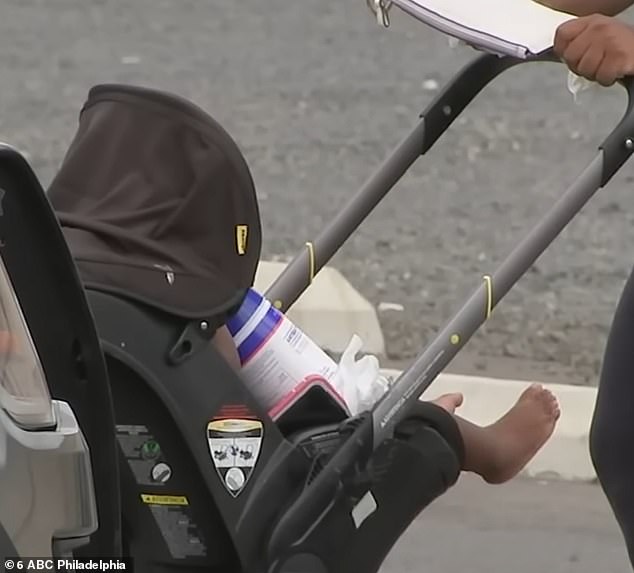 The child, who can be seen in a stroller, was held over the edge of the overpass by her father during an alleged argument between him and the mother 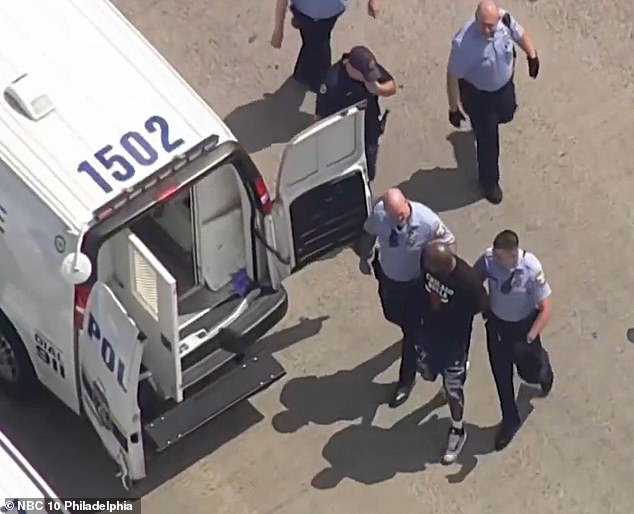 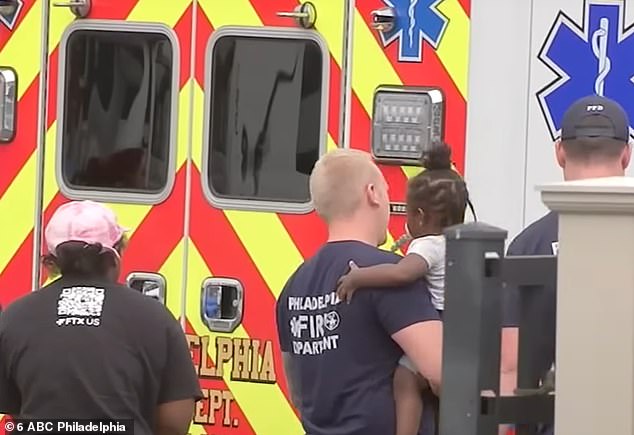 After the standoff with police, the man released the baby and was taken into custody

King said: ‘I saw that the man grabbed the baby and tried to throw her over the bridge. That’s when I hit the brakes on my car and went out to stop him.

She shouted at the man in a bid to get him to release the child to safety, but he pushed and threatened to shoot her.

After several minutes trying to negotiate, the child’s mother came from behind and took Murphy’s gun.

Officers arrived at the scene, but they also struggled to get Murphy to hand over the baby – who was still being held over the 40ft overpass drop. After the standoff with police, he released the baby.

After returning the child to safety, Murphy resisted arrest and assaulted the state police trooper before being taken into custody, according to the District Attorney.

Speaking about the ordeal, King said: ‘I would do it again. I didn’t see no gun, but when she took the gun for him, that’s when I saw it.’

King claims that the mother told her the situation started after she told the man she wanted to break up with him. Police have not confirmed the reports.

According to WPVI-TV, investigators said the dramatic scene began with a domestic dispute. Murphy allegedly pulled a gun on the mother of his child, kidnapped the woman and baby, then drove them to the overpass where he threatened to kill the child.

It’s not known if the child – who was seen later being put back into a stroller – was injured during the ordeal.

Murphy is now facing a number of charges including aggravated assault, kidnapping, and endangering the welfare of a child. He is being held on $1.5 million bail, and must undergo a mental health evaluation, the DA’s office said. 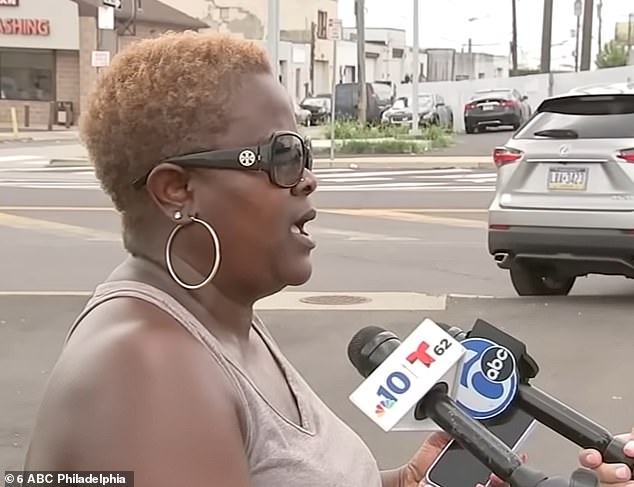 The woman, who stopped as she was driving to work, has been praised for her bravery after she spotted the situation unfold on the overpass 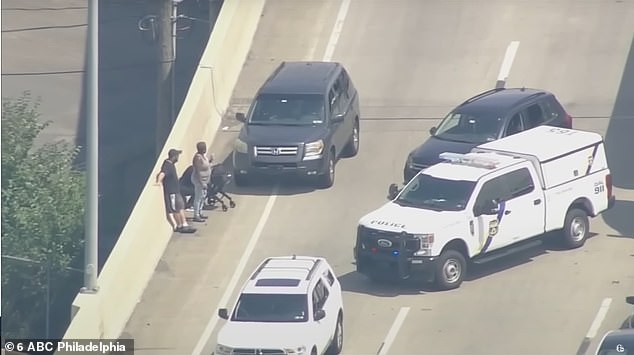 King, who can be seen to the left standing next to the stroller, said she would do what she did again