Sen. Lindsey Graham, R-S.C., on Tuesday warned that the U.S. border will be “overrun” unless the incoming Biden administration sends a message to the incoming migrant caravans that they support President Donald Trump’s policies on immigration.

“If the Biden Administration does not immediately send a clear and unmistakable signal that they support the tough policies implemented by President Trump,” Graham tweeted, “it will be just a matter of time before our border is overrun again.”

Graham’s warning comes just one day before Biden will be inaugurated as the nation’s 47th president. In the past week, a migrant caravan formed in Honduras began making its way to the U.S.-Mexico border.

A migrant within the group was interviewed over the weekend saying people like him were motivated to make the journey to the U.S. on the belief that Biden’s administration will implement more favorable immigration policies than his predecessor. 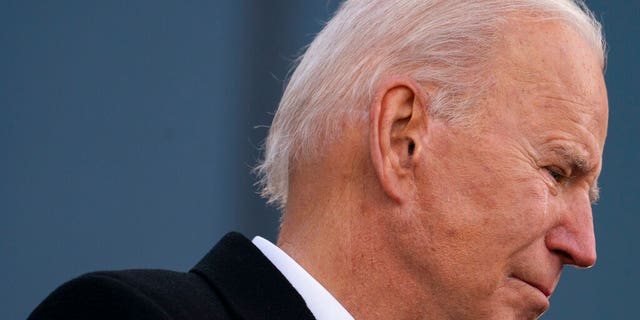 The migrant also referenced Biden’s promise on the campaign trail that he would suspend deportations for 100 days after taking office.

By Tuesday, the caravan had largely dissipated after it entered Guatemala and was met by security forces. Small groups pressed on toward the Mexican border, while others accepted rides from authorities back to Honduras.

“We believe it is smarter and a more humane way of approaching immigration for immigrants,” Harris said.

The full plan will be sent to Congress on President-elect Joe Biden’s first day in office.

Fox News’ Lucas Manfredi and The Associated Press contributed to this report.