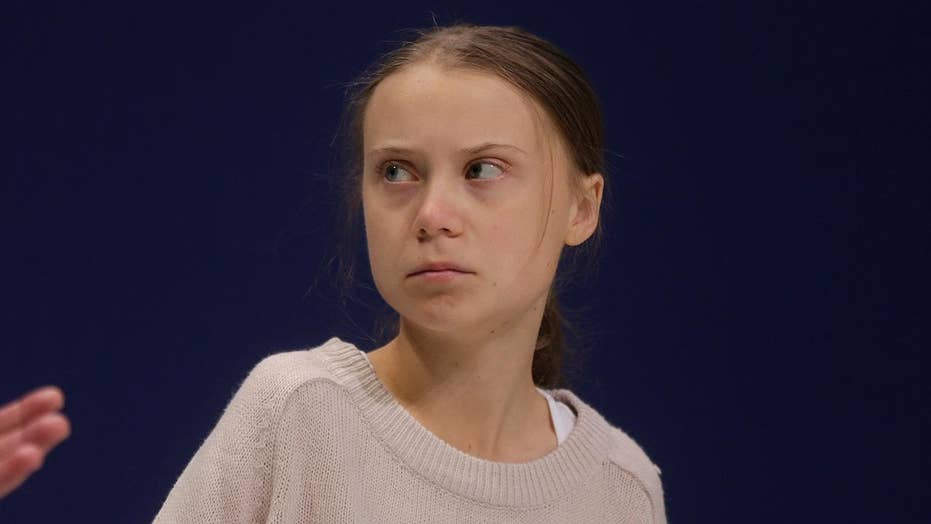 Young climate activist gets Time Magazine honor; Raymond Arroyo has this week’s edition of Seen and Unseen on ‘The Ingraham Angle.’

In a new book about Greta Thunberg, the Swedish climate activist’s family describes the teen's struggles as a child, including selective mutism, an eating disorder and an autism diagnosis.

“She was slowly disappearing into some kind of darkness,” Greta’s mother, opera singer Malena Ernman, wrote in an excerpt of “Our House is on Fire: Scenes of a Family and a Planet in Crisis." “She stopped playing the piano. She stopped laughing. She stopped talking. And she stopped eating.”

When Greta, now 17, was around 11 years old, she became depressed and didn't speak or to eat anything beyond small amounts of rice, avocado and gnocchi. She was hospitalized after she lost more than 20 pounds in just a couple of months, her mother wrote, according to The Guardian.

CLIMATE ACTIVIST GRETA THUNBERG GETTING HER OWN BBC DOCUMENTARY SERIES

When she finally returned to school, Ernman said, her classmates bullied her and school officials blamed her.

“Their understanding of the situation is different. It’s Greta’s own fault, the school thinks,” Ernman wrote.

She was eventually diagnosed with “high-functioning” autism (Asperger’s) and obsessive-compulsive disorder.

Her mother said Greta, who was named Time’s Person of the Year in 2019, first became interested in the environment when one of her teachers showed a film about pollution in the ocean.

“Greta can’t reconcile any of this with any of what she has just seen,” Ernman wrote, adding that while other students quickly moved on to other topics after they saw the film, she was overwhelmed by its message. “She saw what the rest of us did not want to see. It was as if she could see our CO2 emissions with her naked eye.”

During her first “school strike” in 2018, in which she sat outside of the Swedish prime minister’s office with a homemade protest sign that read “School strike for the climate,” a Greenpeace activist offered her some vegan Thai noodles.

Her mother wrote the moment was a changing point for Greta, who would eat only at home at that time.

“She takes a little bite. And another. No one reacts to what’s happening. Why would they?" she wrote, according to The Guardian. "Greta keeps eating. Not just a few bites but almost the whole serving.”

Greta’s strike eventually started a global climate change movement and she now spends her time traveling around the world advocating for climate awareness.