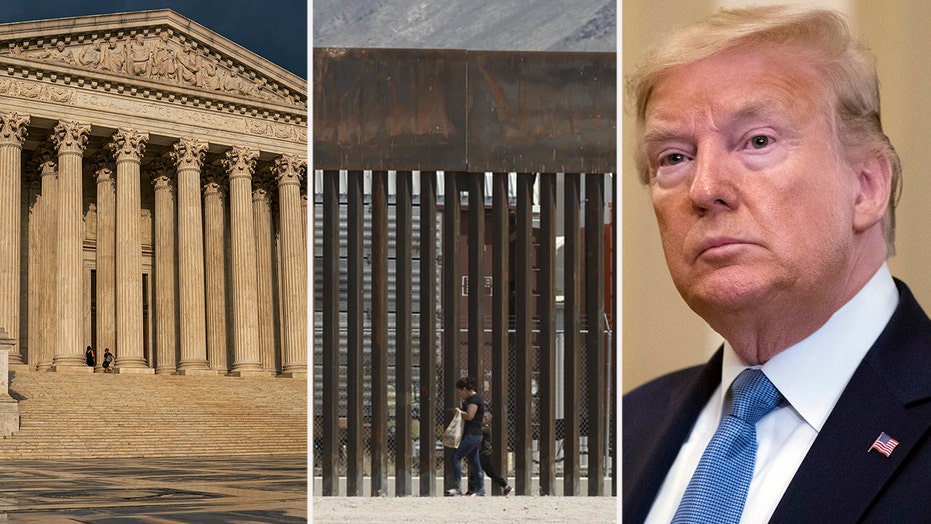 Even as the nation is focused on closing the borders to regions affected by coronavirus, the Supreme Court issued a key ruling on a much more controversial border issue, one likely to have more significant, longer-term implications. The high court blocked the Ninth Circuit’s erroneous decision declaring Migrant Protection Protocols – President Trump’s “Remain in Mexico” asylum policy – likely unconstitutional.

At issue is an April 8, 2019, injunction by a U.S. District Court in the Northern District of California. The court considered whether the federal government may require non-Mexican asylum seekers, who arrive via Mexico without sufficient admission documentation, to wait in Mexico until their asylum petitions are approved by an immigration judge.

This limbo status, which may last months or more, significantly decreases the attractiveness of the southern border asylum strategy for migrants.

The District Court’s opinion focused largely on the little-understood issue of refoulement. Article 33 of the United Nations 1951 Convention prohibits nations from deporting a refugee to a nation where his “life or freedom would be threatened on account of his race, religious, nationality, membership of a particular social group or political opinion.” The District Court reasoned that Homeland Security’s Migrant Protection Protocols (MPP) violated international anti-refoulement obligations and issued a nationwide injunction against the practice.

This week’s Supreme Court decision to stay the lower court’s ruling does not speak to the merits — or constitutionality — of the MPP. It does, however, give the federal government the authority to enforce the policy while the high court decides whether to hear the case, a decision that could take months. If the court decides not to hear the case, the stay would be lifted and the District Court’s decision would stand.

This is good news for the rule of law and an orderly and fair asylum process.

The alternative to Trump’s commonsense policy is for asylum seekers to remain in the United States, with little to no limitations, for the duration of their immigration proceedings, which can take years. While that may sound reasonable for asylum seekers here in good faith, the reality is that many are actually economic migrants. They have compelling reasons to come to our country but do not fit widely accepted definitions of asylum eligibility.

While we perhaps cannot blame immigrants for wanting to enjoy our great country, it is incumbent upon political leaders to ensure that only immigrants who enter the country legally – including through asylum programs – are allowed to stay.

A significant percentage of asylum seekers simply never show up for their immigration hearings once admitted into the country – 44 percent, according to 2019 government statistics. For those who seek to exploit our asylum process illegally, America currently has little recourse. And when sanctuary cities or states such as California refuse to cooperate — or even communicate — with federal immigration enforcement, they give illegal aliens the ability to usurp federal law.

States also provide plenty of incentives to stay. According to the Pew Research Center, an estimated 1.75 million of California’s workforce – nearly 1 in 10 workers – is an illegal alien. Add in incentives such as no-questions-asked driver’s licenses for undocumented aliens (over 1 million in California alone), free healthcare, generous welfare benefits and court-mandated free education, and many state governments have created very enticing conditions enabling the abuse of our immigration laws.

While we perhaps cannot blame immigrants for wanting to enjoy our great country, it is incumbent upon political leaders to ensure that only immigrants who enter the country legally – including through asylum programs – are allowed to stay.

In response to the issue of refoulement, the solicitor general correctly pointed out that “DHS specified that MPP will not be applied to any alien who will more likely than not face state-sponsored violence, or persecution … in Mexico.”

He added, “If an alien who is potentially amendable to MPP affirmatively states that he or she has a fear of persecution or torture in Mexico … that alien will be referred to a [U.S. Citizenship and Immigration  Services (USCIS)] asylum officer for screening … to assess whether it is more likely than not that the alien when face torture or persecution.” As such, the District Court’s concern for potential refoulement was unfounded.

Legally, the president has broad discretion over immigration policy and enforcement and specifically has the authority to impose the “wait in Mexico” rule. Since Trump took office,  Democrats have made every effort to derail the implementation of his policies, especially his immigration policies. They often go to federal district courts with friendly judges ready to issue sweeping, nationwide injunctions of questionable legality. This chaos has to end.

The Supreme Court now has the opportunity to correct the District Court’s overbroad and legally infirm opinion and by doing so, may permanently restore President Trump’s authority to enforce federal immigration laws in a manner that balances the legitimate interests of asylum seekers against a long history of abuse of the asylum program and the safety and fairness needs of our national immigration policies.

If the high court also chooses to address the issue of runaway national injunctions, so much the better. A return to balance and normative rulings is long overdue.