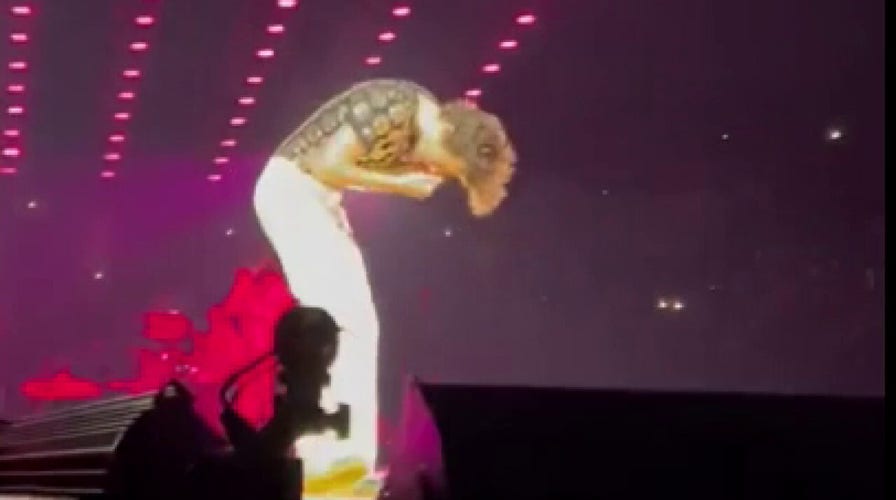 Harry Styles appeared to get pelted in the face by an unknown flying object during a recent show in Los Angeles. Credit: @_h00lia_/POP NATION /TMX

Harry Styles appeared to get pelted with flying objects during a recent Los Angeles show but was able to walk it off like he did last month when a bottle thrown from the audience hit the singer in the groin.

Styles, 28, was hopping around the stage at the Kia Forum and thanking the audience before closing out the show with his song “Kiwi” when multiple small, circular objects were thrown toward the stage, according to video fans posted online.

At least one object appeared to hit the singer, who can be seen holding his left eye. Styles quickly shook off the hit and continued to wave and thank the audience. 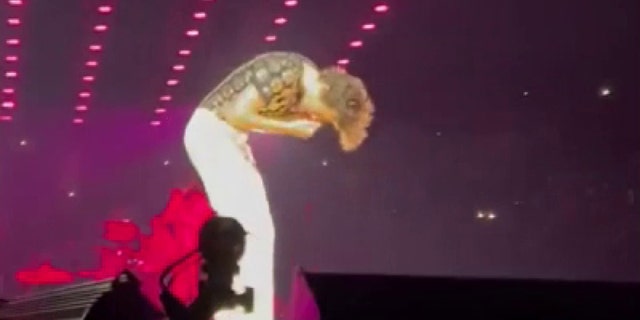 Harry Styles appeared to get pelted with a flying object during a recent show in Los Angeles.
(@_h00lia_/POP NATION /TMX)

Replying to a recent tweet in which the candy maker wrote, “Didn’t think I needed to say this: Please don’t throw Skittles,” one user posted video of the incident. 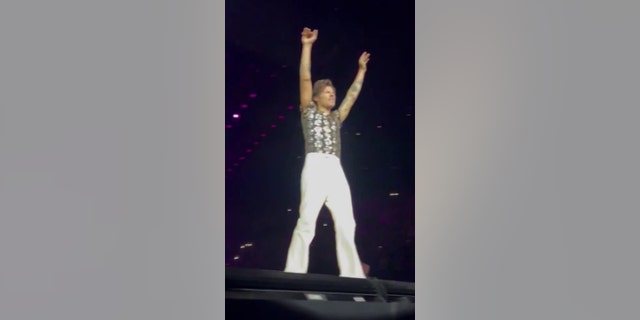 The 28-year-old singer appeared to shake it off and continued with the show.
(@_h00lia_/POP NATION /TMX)

“This is why you shouldn’t throw them,” the post read.

Another referred to the candy as “public enemy #1,” to which Skittles replied: “I had nothing to do with that incident.”

Last month, viral video appeared to show Styles getting hit in the groin with a bottle that was thrown at the stage during a concert at the United Center in Chicago. 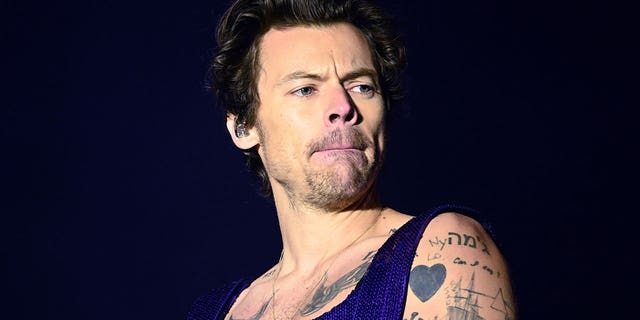 Styles is no stranger to such incidents on stage, having been previously struck in the groin with a bottle and pelted with chicken nuggets.
(Dave J Hogan/Getty Images)

In August, fans at Styles’ “Love On Tour” stop in New York City turned the former boy-bander into a chicken nugget target,tossing food at him on stage.